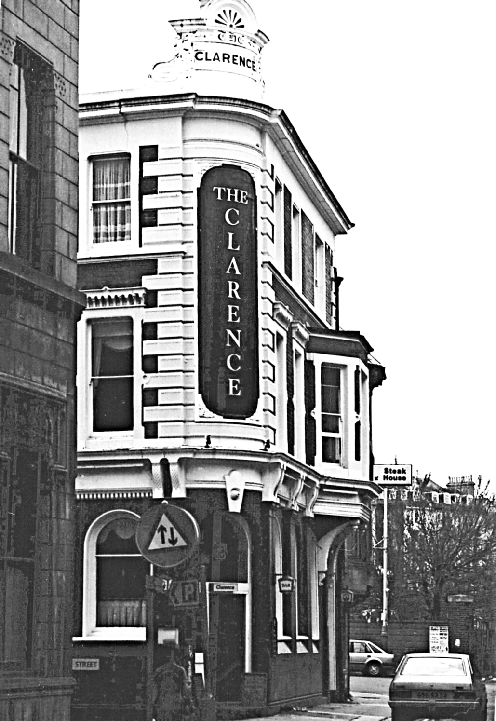 The Clarence, Middle Street, was licensed in 1868 as a small, town centre hotel.  Since then it has served a wide variety of customers, including army volunteers, building workers, trade unionists, benefit societies, football supporters and many others.

The 1st Cinque Ports Rifle Volunteer Corps, formed in 1860 and supported by public subscription, had its drill hall two doors away. Military personnel of all ranks were customers of the Clarence, who in the 1880s used the pub to host Artillery Suppers. Before the mass production of cigarettes at the end of the 19th century, clay pipes were commonly smoked in pubs and it was the custom of the Clarence to supply them free. The Clarence kept a jar of clay pipes on the bar. When a customer had finished his smoke he replaced the pipe in the jar for the next customer. Squeamish customers would break off an inch of stem to get a clean smoke. It was also the custom for the landlord to leave clay pipes in a cast iron rack over the fire at night, to sterilise them for the following day’s patrons. 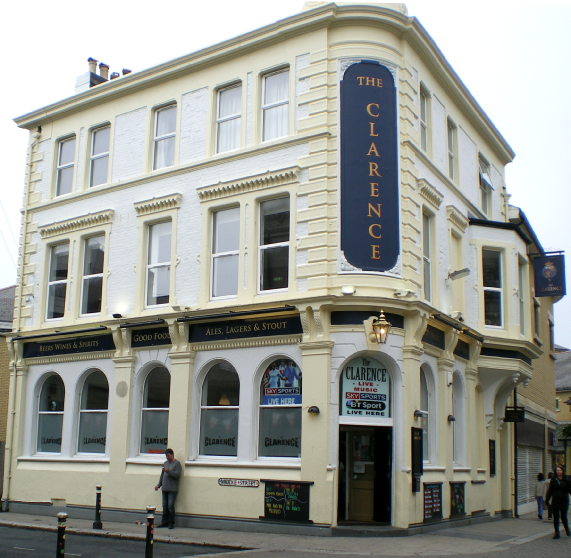 The Volunteer was licensed to at least three generations of the Beale family. Margaret Beale (known as Minnie), who was born in 1920 grew up in the Volunteer. This photograph of Elizabeth Beale, Minnie’s aunt, was taken outside the pub in the 1920s. Minnie’s father, grandfather and great-grandfather were all licensees of the Volunteer one after the other from 1910–1947. All three landlords had the same name: Frederick Edwin Beale, as did Minnie’s brother. Minnie’s mother was Emily Beale, Minnie’s grandmother was Mildred Beale although her great-grandmother’s name is unknown.

Watney’s Pimlico Ale, advertised at the top of the building, has an interesting history. Pimlico Ale was originally brewed on a farm (Pimlico Farm) in Derbyshire and sold in London pubs. It was eventually brewed at the Stag Brewery in what later became the Pimlico district of London. Thus an area of the capital is named after an old ale. It had a reputation as a strong ale and those who drank it were considered serious drinkers. Although the reputation of this beer had changed by the time of the photograph the name still carried overtones from the past and in Hastings it was popular with fishermen.

“We had a lot of customers from the fish market”, began Minnie, “and from the fishing community generally. Mother’s home-made cheesecakes–a cheese pastry–had a local reputation; they were much talked about and in demand. The fishermen queued up for them on Sundays when mother gave them out for free.

“The Volunteer had two separate small bars and a big room at the back used for darts, cribbage and shovepenny. On Saturday evenings we had a pianist who played and sang in there and people danced. Women came into the pub but were always accompanied by their husbands. They never came on their own. Thursday night”, added Minnie, “was volunteer drill night in the ‘shed’ and so Thursday nights were very busy and packed with volunteers.

“The Priory stream ran underground through the area and sometimes flooded the cellar. I remember the bottles clanking about in the cellar as they floated in the flood water. I was there in the Second World War when the area was bombed. I can remember the bombing of Middle Street and the reverberations which shook the pub, but the Volunteer itself wasn’t hit. The pub closed during the Blitz in 1940, reopened, then closed again in 1947 when father died.” 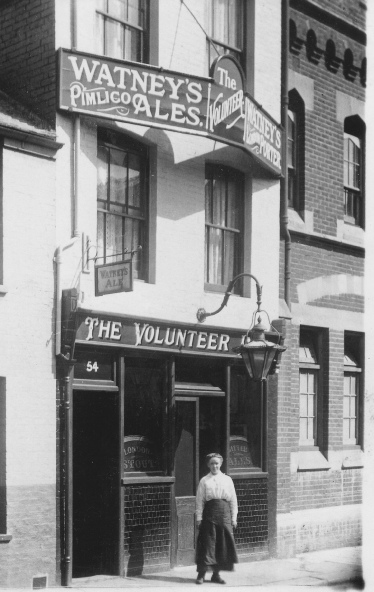 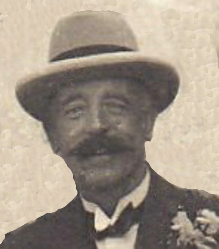 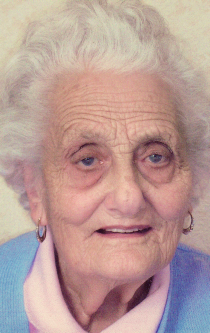 A new landlord, Edward Booth, took over in 1948 and at 20 became the youngest landlord in Hastings at that time. The late Ron Fellows remembered that: “Teddy Booth was brought up in the Clarence two doors away where he was fostered by my uncle Fred and aunt Edith (Frederick and Edith Standen 1943–1949). I think they had some influence in getting him the licence of the Volunteer.”

Teddy Booth was granted a wine licence in 1949, ending the Volunteer’s 82 years as a beer house. It stayed open for another seven years until it was finally declared redundant by the magistrates and closed in 1956. The Volunteer sign can be seen in Hastings Museum. 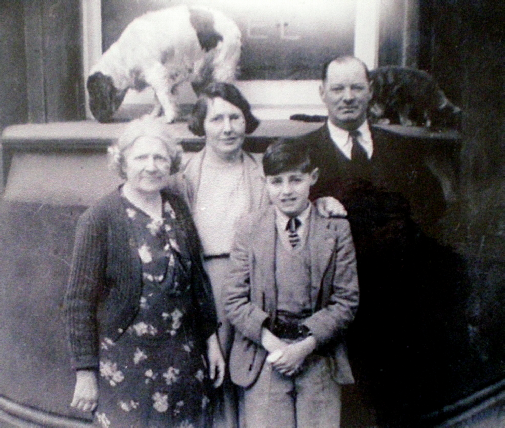 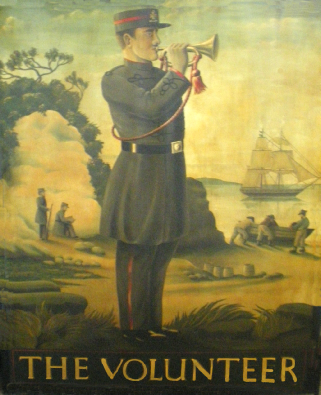 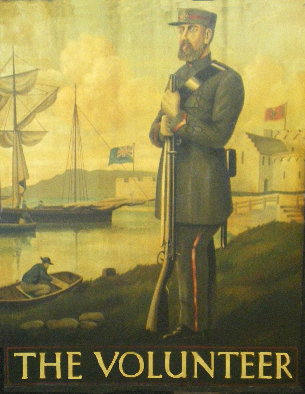 Both sides of the Volunteer sign  Hastings Museum, Russell 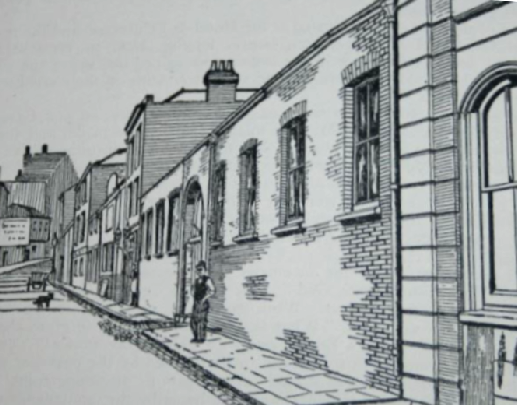 The Drill Hall with the Clarence on the right and the Volunteer on the left; drawing 1937

The period from the 1890s to the First World War was the heyday of the Clarence. These were very busy years. The Hastings Cabmen’s  Benefit Society held monthly meetings here. Their ‘distress fund’ was organised for the relief of members fallen on hard times. On one occasion a donation was made to a member whose trap had been smashed in the town centre. The cabmen also spent many evenings in ‘harmony’ (singing).

The Clarence was also the meeting place of the Amalgamated Society of House Decorators and Painters, who ran an impressive campaign on wages and on the levelling up of the painter’s rate to 7d [3p] an hour.

Following this, the Hastings Labour Party, then known as the Labour Representation Committee, was formed by the Trades Council and the National Democratic League around the turn of the century. It was here that debates about municipal housing, direct labour, public baths, fair wages, local hospital provision and other issues were debated, before being passed on to Hastings Borough Council and other authorities. It was from this pub that the Trades Council lobbied the candidates in national and local elections before deciding whom to support, on the basis of their replies.

By the time of the 1906 general election, the local trades union vote was significant enough for local candidates to canvas the votes of Trades Council members. This resulted in the Trades Council supporting the Liberal. Nevertheless, although 29 Labour MPs were elected nationally and led by Keir Hardie, Hastings returned yet another Tory MP. In fact Hastings and Rye were the only two Conservative gains in the country.

In the same year the Hastings Labour Representation Committee split into two when the trades unionists refused to break their links with the Liberals and Conservatives. The Trades Council was still meeting here in 1955.

The Clarence has also been patronised by many other organisations over the years. These include Hastings Rowing Club, the Cinque Ports Foresters (a large branch with hundreds of members), the Victoria Lodge of the Oddfellows and the Hastings branch of the Equitable Society. The latter met here from 1901 and in 1910 the landlord formed the Clarence Benefit Society, which had 176 members and a total fund of £1,276, a considerable balance for those days. Between them, the members of all the above organisations provided the Clarence with a wide customer base.

There is a second pub called the Clarence in Silverhill, which also dates from the 1870s. 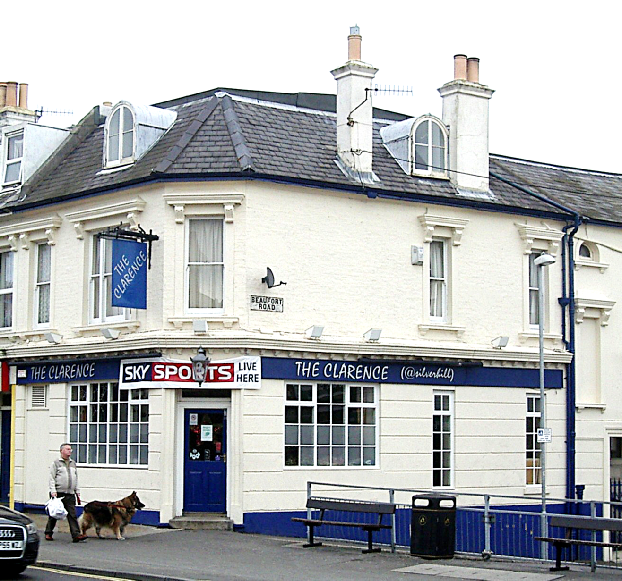 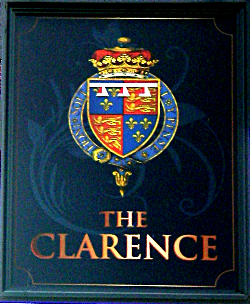 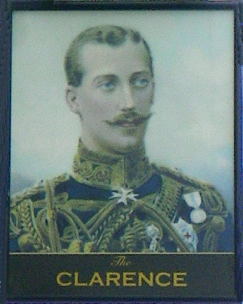