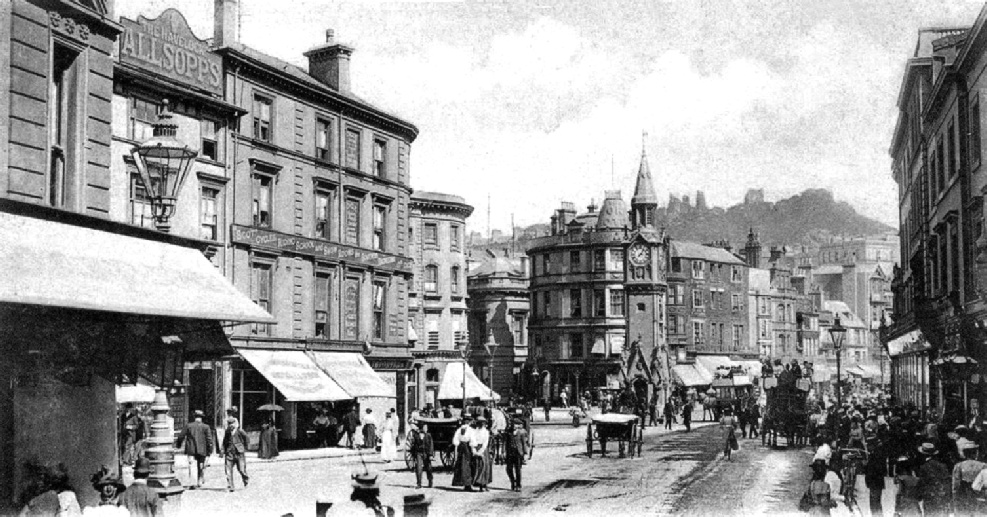 The Havelock, Robertson Street 1901, then tied to Allsopps brewery

Upon the death of General Havelock in 1857 Passenger Station Road, Hastings was renamed Havelock Road and the Havelock Hotel opened at number 27. The hotel then occupied the whole corner site between Robertson Street and Havelock Road. This large building was first licensed in 1859 when Thomas Turner had his licence transferred to the Havelock from the nearby Priory Tavern. (See French’s Bar.) 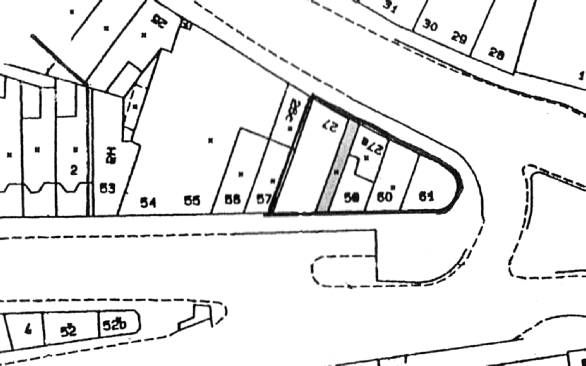 In its first 20 years the Havelock Hotel did a brisk town centre trade accommodating several large groups of customers and the many tourists who arrived by rail at the new station. Trades Union branches met here, auctions to sell off surrounding plots of building land were held here and, until 1869, Priory Meadow was used for election meetings which also generated custom.

Election campaigns and hustings were generally rowdy and violent and turned the town centre into a riotous area. An example was the general election in 1868 following the 1867 Reform Act which increased the Liberal vote in Hastings. An election night procession ‘passing the Havelock with whistles, pipes and lanterns frightened a horse’ and the ‘cabby’ remonstrated with the crowd who started chanting: “he’s a … old Tory, turn him over”.

Four years before, in 1864, at a meeting in the Havelock, a proposal was put forward that Priory Meadow should become a cricket and recreation ground. There was great enthusiasm for this idea and an inaugural match was played between Hastings and Bexhill. In the following year the Hastings United Cricket Club was born with headquarters at the Havelock Hotel, and Priory Meadow became the town’s official cricketing venue. Thomas Turner provided dressing rooms for the players, and management policy for the ground was decided at Havelock meetings. One of the first international matches, if not the first, was played over three days in 1868 between an Australian Aboriginal team and a Hastings eleven. The match was unfinished because play ended early allowing the Aborigines to give a demonstration of boomerang throwing and whip cracking to the large crowd. The Aboriginal team was accommodated in the Havelock. 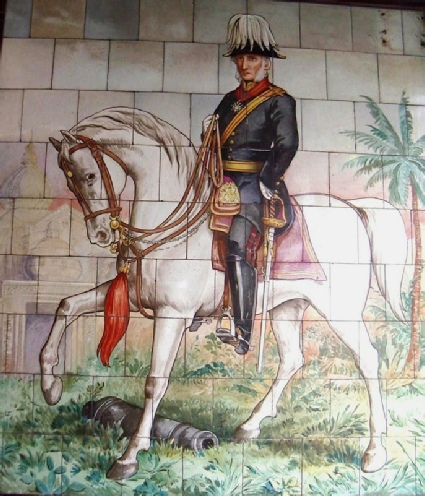 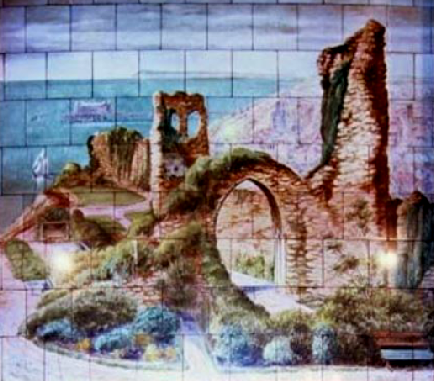 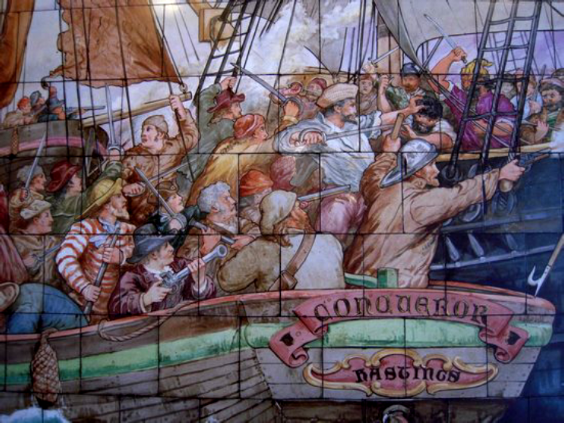 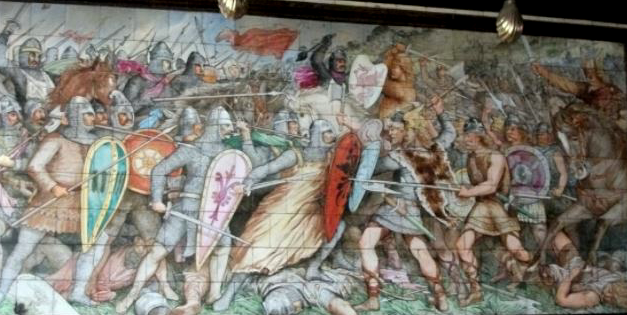 The pictures were installed by Alfred T. S. Carter, Brockley S.E. London and at first it was thought that they came from Carter’s Tiles Ltd. Poole (now Poole Pottery). However, it was later thought that they are too detailed to be that company’s work.

In the 1980s the Havelock, ignoring its history, renamed itself the Cask and Kettle and became a managed Phoenix pub. In 1984 it organised pensioners’ mornings, with free newspapers and 20p off every pint. Other Phoenix pubs in the town complained to the brewery and got the same reduction.

In 1995 the passageway, now integrated into the pub, came to national attention when it was suddenly realized that its four tiled pictures were possibly Royal Doulton. In the following year the Royal Doulton Museum of Stoke On Trent acknowledged the tiles were genuine Royal Doulton and suggested they dated from between 1890 and 1917, although during alterations to the Royal Albion, George Street in 1911, the landlord said he would ‘like pictures on the wall like the Havelock’. As a result the pub was immediately listed Grade II and reverted back to its original name of the Havelock.

An interview in the book Hastings at War, mentions the Havelock passage in the Second World War: ‘There was a god almighty explosion and we went into the passage of the Havelock pub, and we dived into that passage and threw ourselves onto the ground and lay there looking out. Along by Woolworths, a car was sent up into the air by the bomb and rolled over and over ... . While we lay there, there was another terrific explosion down by Plummer’s and I’ll never forget seeing a huge lump of yellow coloured masonry come over and land on the tram wires ... I saw the wires stretch down and then up and back it went. I never knew where it went to, but it was a huge lump of masonry. When it had quietened down … this Canadian soldier came running over covered in blood and dirt. He picked up his motorbike which was lying on its side in the gutter, and dashed off towards Bexhill, about 80 miles an hour.’ 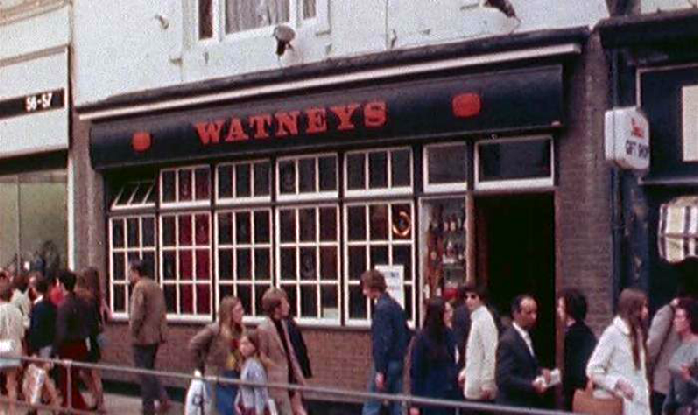 Havelock 1970; entrance to passageway on the right

The Havelock closed in 2011 but after extensive refurbishment it reopened in 2012 as the General Havelock. 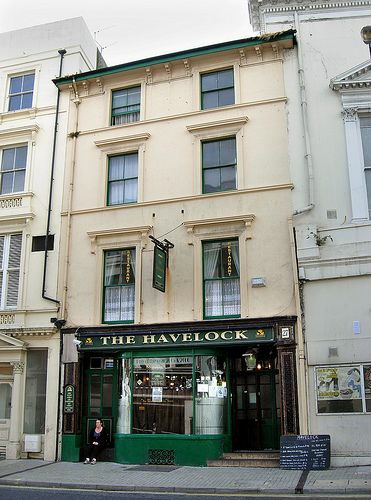 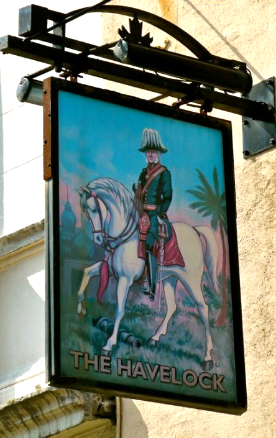 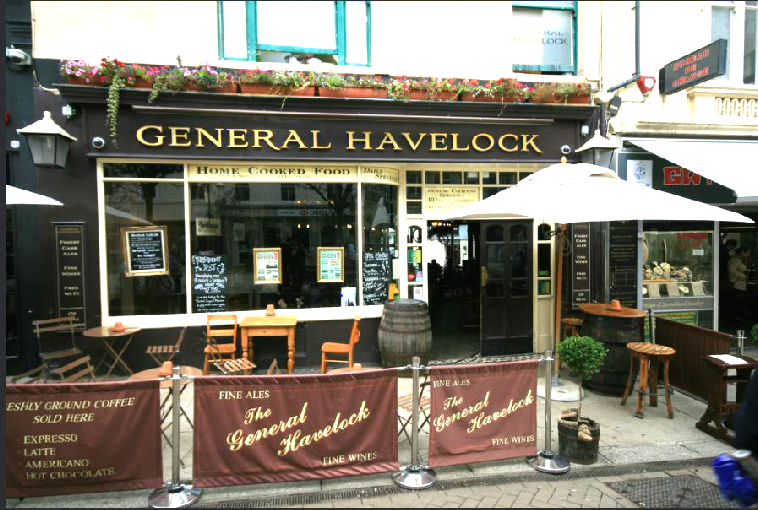 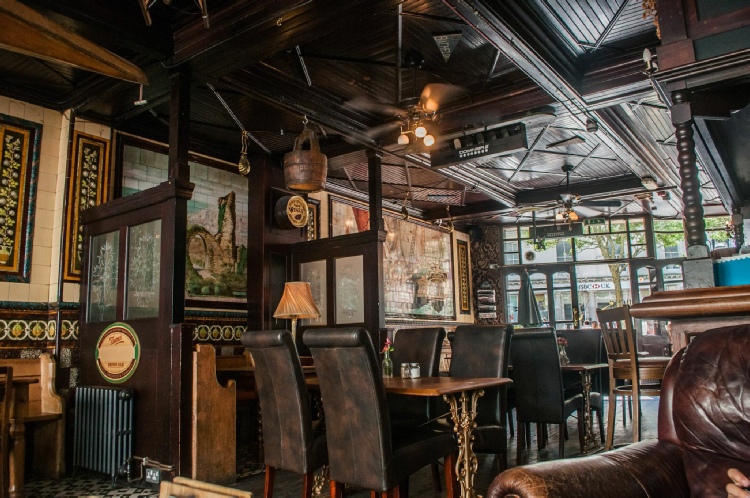 By about the turn of the 19th century a tiled passageway ran through the building and although owned by the pub was used by the public as a thoroughfare between Robertson Street and Havelock Road and as access to various bars in the building. The passageway was the location of four magnificent pictures made of ceramic tiles. Each picture covers approximately half a wall and is surrounded by brown tiles made to resemble a wooden picture frame. The pictures are surrounded by tiles of varying size and colours, some with a raised decorative pattern. They cover the whole wall of the original passageway.

One shows General Havelock in uniform sitting astride a white horse which is also reproduced on the pub sign. Another is titled ‘The Battle of Hastings A.D. 1066. A third shows the ruins of Hastings Castle and a fourth depicts a sea battle between three vessels. Of the three vessels, two are named. One is Conqueror which bears the port registration ‘Hastings’ and the other is a French ship Le Cormoran Affamé (The Hungry Cormorant). Local folklore states that the timber from the French vessel is the timber seen today forming the ceiling of the Havelock’s ground floor bar. It seems unlikely that the artist would have named the ships and depicted a battle in such a large picture with so much detail and presumably considerable cost, if the event was entirely fictional. 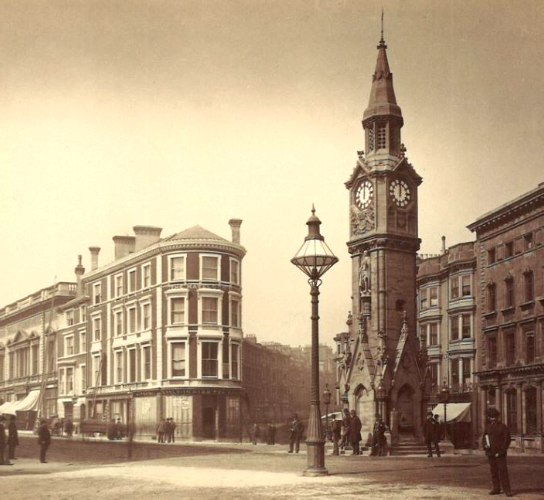 In the early 1880s, just before the licence changed hands, a group of musicians playing outside was found to be blocking the road with a crowd nine feet [2.74m] deep. They told the constable that the landlord, who was about to transfer, had requested them to play a parting tune for him. Perhaps he saw the ‘writing on the wall’, as from now on with the onset of the Great Depression, circumstances began to change and the Havelock began to suffer. In 1883 the Havelock Hotel Company experienced falling profits, debts, a court summons and writs. Liquidation followed, the hotel closed and the Havelock  became an ordinary public house much reduced in size following a pattern in the town’s hotels. (See Albion, Palace Court, Swan, Warriors Gate et al.) 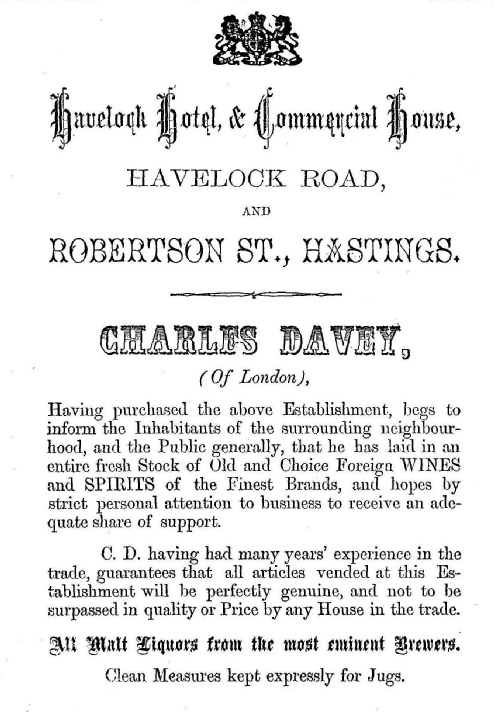 In 2019 the premises underwent further refurbishment and the name reverted back to the Havelock. 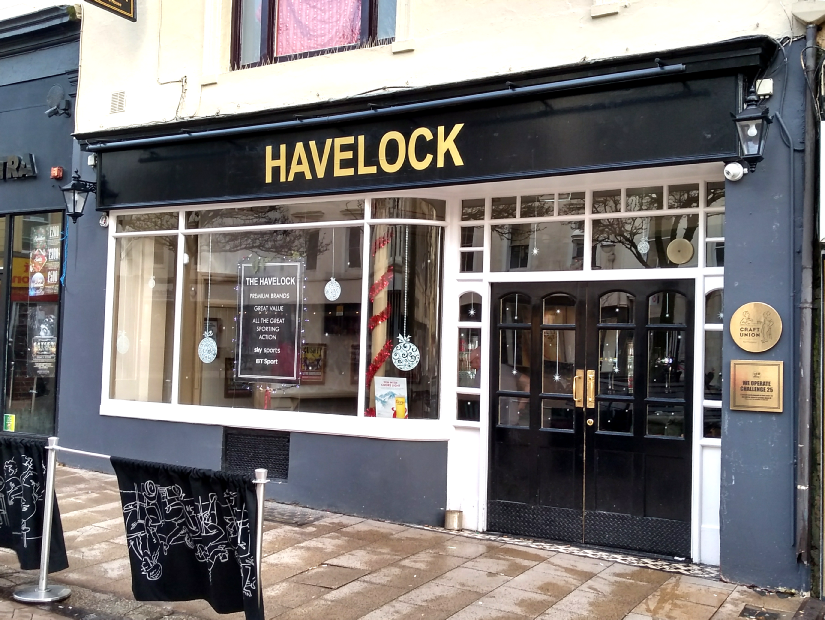 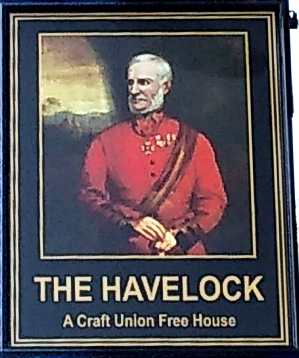