The Piper, originally the ‘Norman Hotel and Tavern’, opened after 1845, 20 years before the completion of Warrior Square. The pub was designed by ‘the builder Voysey in 1845’, and is listed in the Hastings Directory for 1855. In that year the Norman club room was the headquarters of the St Leonards Town Improvement Association, and was also the venue  for Vestry meetings of the St Mary Magdalene church which set the local Poor Rate and elected the St Leonards Overseers.

Two valuations of the Norman carried out in the 1850s inform us of the number of rooms and bars in the building and the value of its fixtures, fittings and stock. The first valuation in February 1854 states that the ‘Norman Hotel and Tavern’ was a public house consisting of a parlour, bar and tap room with a kitchen, scullery and ‘chicken house by the back door’, plus a club room, 3 bedrooms and 3 ‘small chambers’ upstairs. The contents of these rooms included stoves, cast iron fenders, hearth rugs, cocoa matting, roller blinds, arm chairs and five cast iron spittoons. The bar had 11 feet of fixed bench seating, a spittoon, a 5 pull beer engine, cribbage, cards, pewter spirit measures, rummers [glasses], ale glasses and a painted water can to water your whisky. The tap room contained an incredible 25 spittoons and ‘7 old Windsor chairs of no value’.

When new landlord William Mumford Palmer, a builder, took over in 1858 a second valuation increased the value to £425. The parlour and the tap room had been replaced by a smoking room and coffee room; the six bedrooms were accompanied by a sitting room, and a wine cellar had been installed. The total number of rooms had increased from 12 to 14.

The contents had also changed. New mahogany furniture was enhanced with Kidderminster carpets, dimity curtains and valances [tasselled drapery] hung from the beds and pelmets. The decor was supplemented with stuffed birds in cages, pictures in gilded frames, pier glasses and gas pendants with globes. Bagatelle was available in the smoking room, and artificial flowers, ‘an eight day time piece’ and ‘an oil painting by Blake’ decorated the bar. Unsurprisingly there was not a spittoon in sight! Thus William and Eliza Palmer took over the Norman at a time of change, from an average licensed premises to one catering for the upper middle class residents and ‘fashionable visitors’ to St Leonards. The cost of these changes possibly bankrupted Alfred Holland. Six years later in 1864 William Palmer was also bankrupt. However, he died in December of that year.

On becoming a widow Eliza Mumford Palmer took over the licence. Her descendant Sonja Eveleigh said: “Eliza’s four brothers Newton, Albert, Henry and Charles Parkes were successful local businessmen involved in cattle breeding, milk production and butchery as well as property. Newton had a share in the collier ‘The London’, and lived in one of the grand houses on the front. The coal, unloaded on the beach, was stored at the rear of his property before distribution. He also had shares in the Hastings Gas Company, Hastings Pier and the Royal Victoria Hotel.”

The Norman always had competition. From the 1850s to the 1870s a second pub, the Mason’s Arms, was located nearby and at a later date a beerhouse, the Warriors Arms, was to be found next door.

As Warrior Square developed, the Norman’s public bar became a rendezvous for the grooms, valets, coachmen and servants employed by the Victorian families of the square.

In 1905 the licensing magistrates considered closing the Warriors Arms. They noted that the Norman was doing a good trade but that the customers of the Warriors Arms were ‘undesirables’, ‘loose and idle people who generally stand at street corners’. The Warriors Arms was consequently closed in 1905 and is now a coin and stamp collectors’ shop. 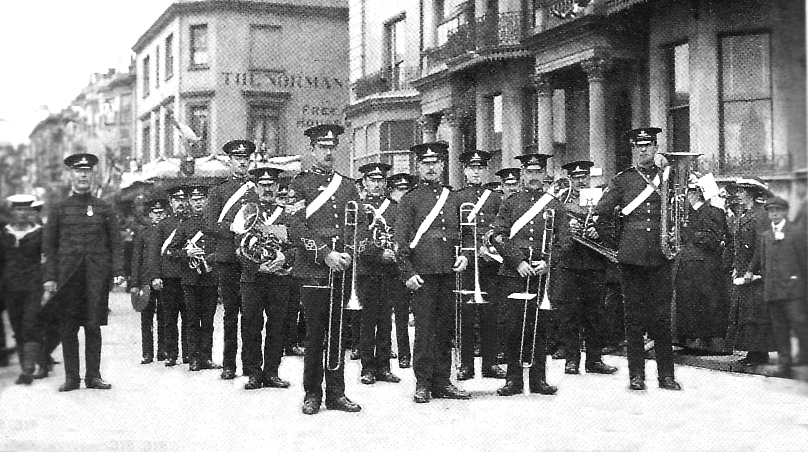 During the First World War Warrior Square became an overseas drafting depot. The Women’s Auxiliary Army Corps, founded in 1917, was billeted in the square and took over some of the properties, including number 64, which it used as an orderly room. Female volunteers for military duty were issued with uniforms, vaccinated, and drilled in front of the statue of Queen Victoria, before marching up the square to their mess hall. Off duty hours were quietly spent in the Norman and for many this was their last experience of England before being sent to France, from which many never returned.  The first draft of WAACs left for France in August 1917, 15 months before the war ended.

After the First World War, the Norman became the headquarters of the St Leonards Bowls and Quoits Club, which had at least two active teams in the 1920s. From 1925 until 1953 the landlord was Leonard Collinson (‘Colly’). As vice president of Hastings & St Leonards Snooker League he provided a first-rate billiards saloon, used by many successful pub teams who entered the annual Hastings Observer Snooker Championships.

The old pub stood for about 90 years until it was demolished and rebuilt by Wilfred Shippam of Kent in 1938. During its rebuilding, the Norman stayed open and provided a minimal service. A popular feature of the new pub was the teak panelled dining room locally renowned for its selection of cheeses. In 1939 it was reported that a practical joker took a pony upstairs and tied it to Colly’s bed! His response to this prank is not recorded.

In the Second World War the Norman, unlike some other local pubs, never closed, although it was bombed by the Luftwaffe, the local population was depleted by evacuation and supplies of beer were at times very poor. The billiards saloon in particular stayed open throughout the war years, when it was much in demand by the military personnel billeted in the nearby Adelphi Hotel.

The Norman Saloon Bar was used also by the members of another, different ‘army’ the Home Guard. The Home Guard was a volunteer force set up in October 1940 to help defend and reconnoitre Britain’s 5000 miles of coastline in the event of a German invasion. During the war years the Norman was granted extensions for Home Guard concerts and social activities.

The volunteers, known as wardens, carried out ‘Air Raid Precautions’ and ‘Home Guard Manoeuvres‘ on local beaches. During the war years Hastings was bombed 85 times demonstrating the importance of their work. 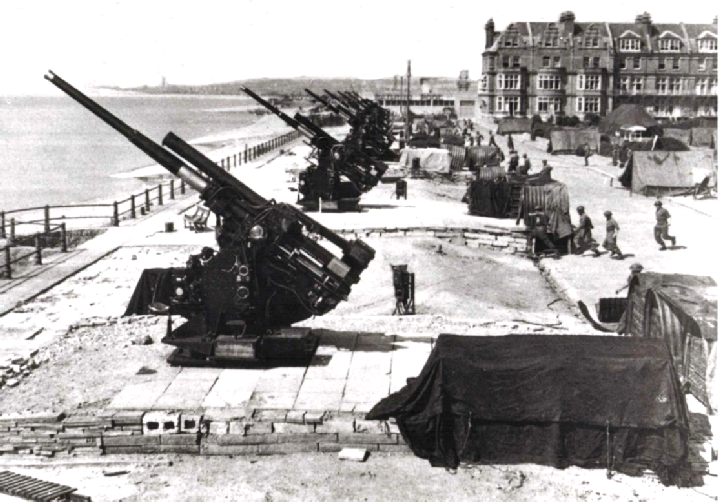 However, unwittingly the Home Guard concealed ‘an enemy within’, (not the ARP wardens pictured above). There was a network of Britons who spied for Hitler during the war. In short a ‘fifth column’ of British citizens who were secret Nazis anticipating a successful German invasion. Using the Home Guard as cover these spies gathered information on local coastal defences and artillery, and on how Hastings was defended and passed it to Berlin. 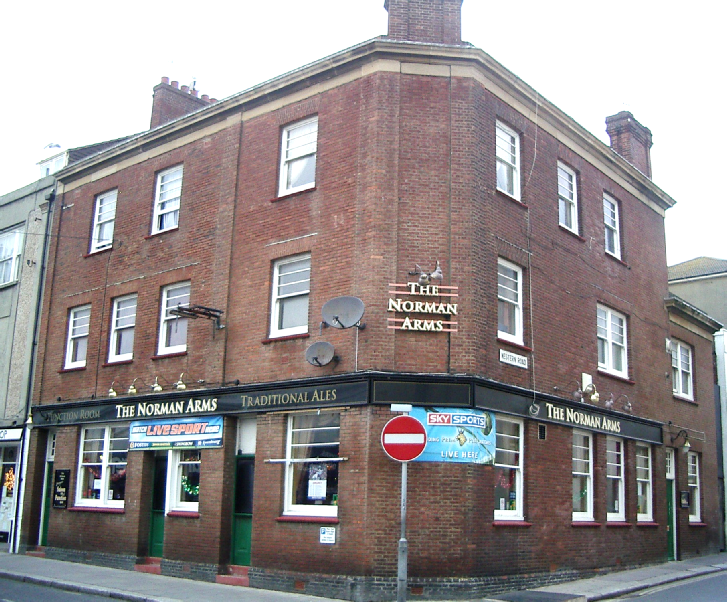 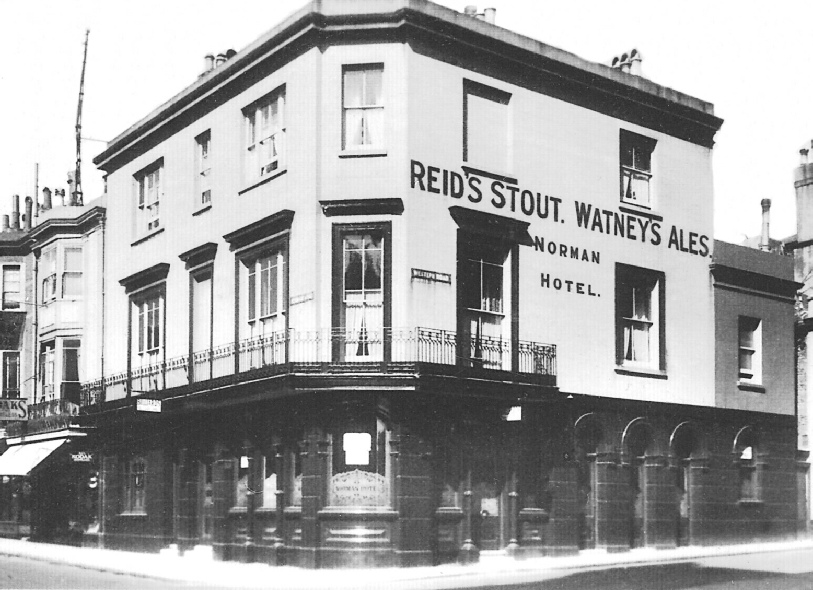 An affecting incident occurred on Saturday afternoon. Police constable Sharp after driving Punch, known as William Barnet, to his special friends, from Western-road, found him drunk and noisy in Roddas yard. Several persons assembled. Prisoner went to the door of the Norman Hotel, and the boys now called out “Punch is drunk”. Witness took the prisoner into custody. Punch now handed in a letter in which he asked £10 for performing four nights to some parties in Warrior-square. – Fined 10s. and costs. Prisoner asked for time. Mr. Scrivens – With such a lucrative business as yours, you can pay at once.

THE THIRD APPEARANCE WITHIN
FIVE DAYS
On Tuesday before the Mayor, John Morgan the bird catcher who appeared before the bench on Friday and Saturday was charged with being drunk and incapable. About one o’clock on Monday PC Sharp found the prisoner creating a disturbance at the Norman Hotel. Mrs Palmer the landlady asked the constable to eject the prisoner, and when he did so he found that the prisoner was unable to stand. Prisoner, however, began to make a disturbance, upon which the constable took him into custody. Remanded.

ST LEONARDS
ESTABLISHMENT OF A ROWING CLUB.—On Tuesday evening a meeting was held at the Norman Hotel to consider the expediency of forming a rowing club for the young men resident at the west part of the borough. The Chairman disclaimed any hostility to the Hastings Club, and called attention to the long distance most of them would have to go before they could reach the Hastings shed to enjoy what was one of the best possible means of recreation after a day’s confinement—a good pull afloat. Mr John Bray said there was plenty of room for two clubs  in such a length of foreshore. He moved the general resolution—“That it is desirable to establish a Rowing Club at St. Leonards,” which was carried without comment. The hon.sec. of the Hastings Rowing Club shortly addressed those present in tones of encouragement of the movement. He thought the heartiness with which the west end regattas had been carried on was an augury of the success of the Club—a point upon which he saw no reason to doubt. On the part of the Hastings Club he would welcome that at St. Leonards, and before long he hoped to see them join in friendly rivalry.

In the 1990s the pub sign simply said: ‘The Norman’, underneath Watneys Red Barrel. The most recent pub sign, stored in the cellar, depicts yet another soldier this time from the Battle of Hastings. The sign is made of fibreglass and according to a recent landlord its image was downloaded from the internet. 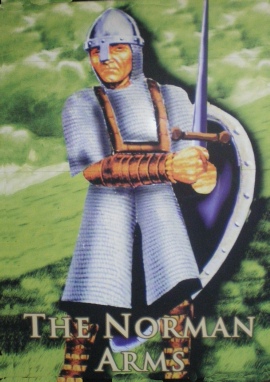 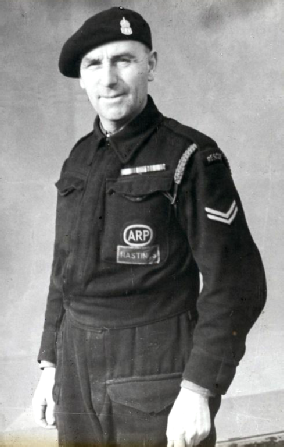 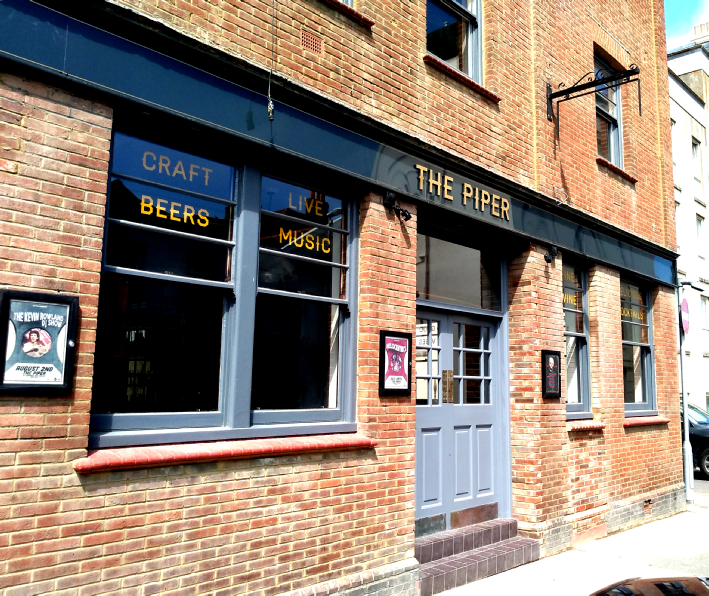 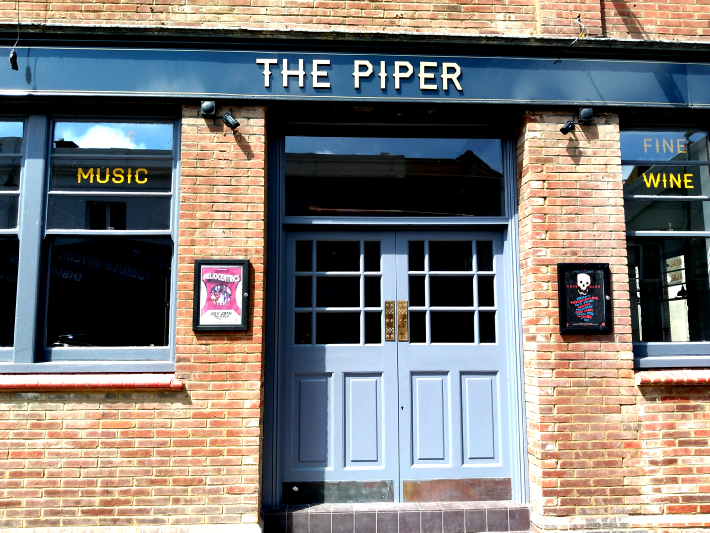 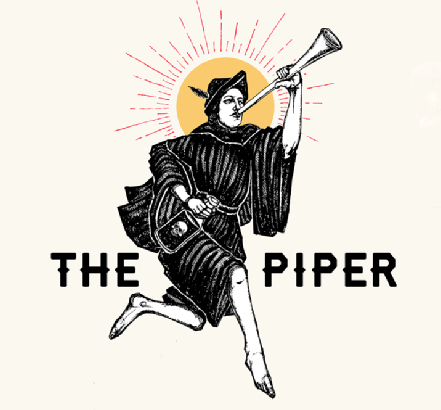 For five years from 2013 the Norman was closed and boarded up. In 2019 it reopened as The Piper, an ‘exciting underground music venue and community bar’.

‘The new name was inspired by Pink Floyd’s first album Piper at the Gates of Dawn and is a tribute to some of the great bands and musicians who once performed on Hastings Pier. A bust of the legendary Syd Barrett, who played his last ever gig with Pink Floyd on the pier in 1968, is being created by renowned sculptor Suzie Zamit and is soon to be unveiled at the venue, in celebration of its opening.’ 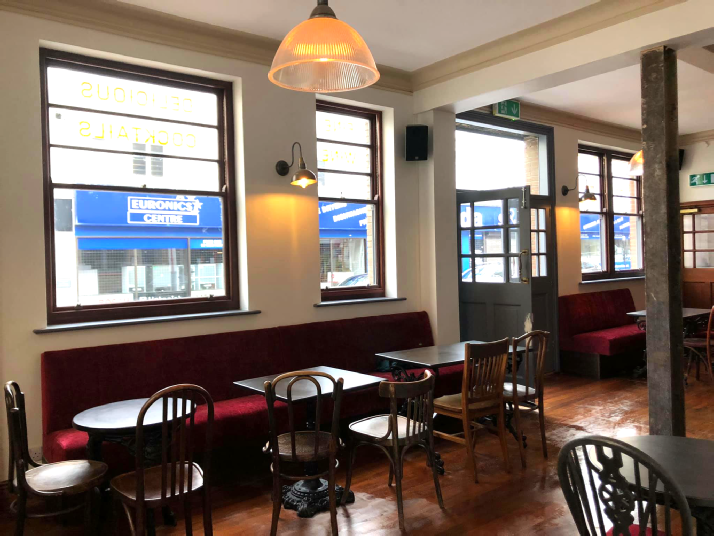