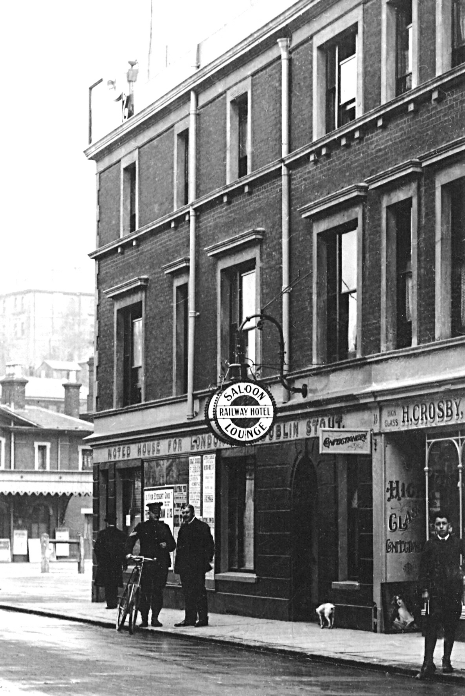 The Railway before the First World War  Hodges

St Leonards Warrior Square railway station opened in 1851. It was followed by the Railway Inn in 1854. Its first landlord, Frederick Campbell, was supported by two certificates of character including one from ‘an influential inhabitant of Maidstone’, the location of his previous pub. This was just as well as the chief constable had heard that the Railway Inn had  been ‘rebuked by a  gentleman of high position  in St Leonards’, following the wedding of a local brickmaker whose workmates ‘behaved in an indecent manner causing a complaint’. The Railway got its licence but Frederick Campbell was warned that it could be withdrawn at any time.

Scoring was a 19th century custom of credit in public houses.

In 1876 his wife Mary Campbell, now a widow, took over the new hotel, which had been built on the adjacent corner. At first she called it the Railway Hotel. Having a Railway Inn and a Railway Hotel within a few yards of each other was obviously not a good idea and it was soon renamed again, this time to become Mrs Campbell’s Hotel, ‘two minutes from the sea’.

In the late 1870s Hastings was once again visited by the military in the build up to the Anglo-Zulu wars in South Africa. The ‘billeting question’ was a contentious issue with publicans, who were legally required to provide cheap accommodation for soldiers, at their request. In a court case of 1877, Starr vs. the army, a claim was made for a soldier billeted upon Mrs Campbell’s Hotel. She claimed she could not accommodate him and a servant was sent with the man to find him a bed at the soldier’s allowance of 4d a night [1½p]. The soldier was found a bed at Mrs Starr’s guest house down the road, but Mrs Starr thought that 1s [5p] was a more reasonable rate, took the case to court and won.

In 1884 the hotel changed hands and was renamed again as the Royal Hotel, after the nearby Royal Concert Hall (originally the Warrior Square Opera House) and now the site of Royal Terrace flats.

The Railway, meanwhile, shot to fame when one of its customers was summonsed to a coroner’s inquest in 1891. Early one morning, the body of a young girl was found deep in Bo Peep railway tunnel. She was carried to the station and identified as a girl named Polly from Alexander Road, who worked as a domestic servant in Warrior Square.

At the inquest, witnesses contradicted each other, and suspicious circumstances created a great deal of interest and a large attendance of the general public. The town held its breath while the inquest was adjourned three times. A doctor stated: “She died in the night from a large wound on the head. Her handkerchief was saturated in blood but it was dry and stale, about a week old. Had I seen the body in another place I would not have the opinion that she had been struck by a train. There were no marks of a struggle, only blood.” Station employees suggested that she could easily have walked into the tunnel at night, but couldn’t explain why anyone run over by a train would have an injury to such a small area of the body. She was found lying between the rails, but her fingers were stained as though she might have crawled some distance before dying. No train doors were open so she could not have jumped, and all the engines were clean. Her hat was lying beside her.

The inquest was told that she had claimed her employer had ill-treated her. Her employer claimed that she had secretly left his house in Warrior Square at 10.20pm on the night she died, after which time he was drinking in the Railway. The inquest found the evidence wholly unsatisfactory and concluded that she was ‘found dead with no evidence to show the cause of death’. Was she killed by her employer and dumped in the tunnel before he went drinking in the Railway? Did someone else kill her, or did she commit suicide? The mystery remains unsolved to this day. 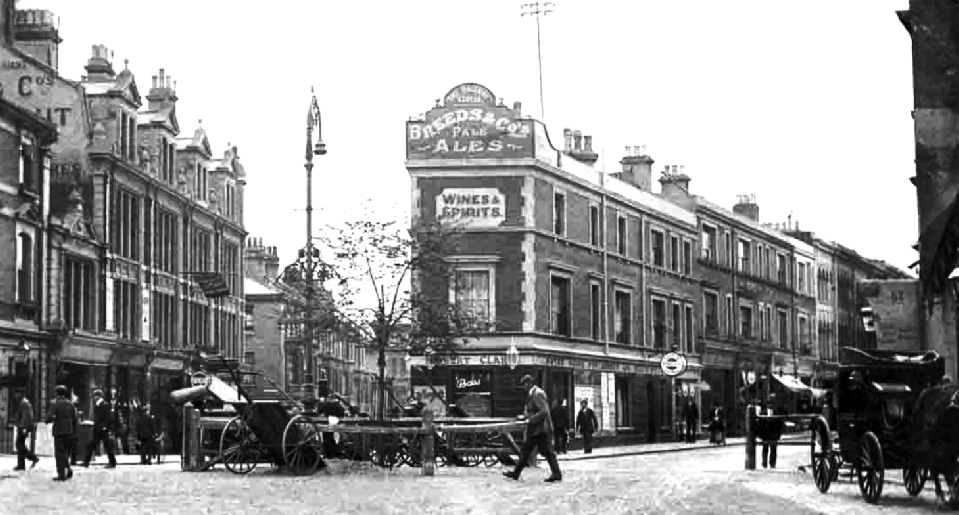 The Royal Hotel suffered during the First World War, when the landlady was charged under the ‘treating’ regulations of the Defence of the Realm Act. The barmaid served a soldier and his girlfriend in the private bar, through a service window that didn’t always allow sight of the customers. The police claimed the barmaid had served the soldier with more than one drink, one for himself and one for his girlfriend. This was ‘treating’, an illegal act in the First World War, for which they were charged. Although there had been no complaint against the Royal in living memory, the landlady was fined a massive £30 (£10 for each of three offences). According to the historic retail price index, £30 in 1915 would be about £1,600 today.

Then, in 1919, it was the Railway’s turn. Food and drink inspectors visited several pubs incognito asking ‘for a drop of whisky’, which they then examined for quantity, strength and price. The Railway was fined £5 for overcharging, after barmaid Elizabeth Shoesmith made the unfortunate comment: “We have to make big profits because of the rates.”

In 1927 a window cleaner threw a spittoon at the landlord of the Royal. Spittoons went out of use after the First World War, so this one must have been part of the décor. The spittoon pictured here is typical of a century ago and came from the Dorset Arms in Silverhill and is now the property of Dot Mitchell. 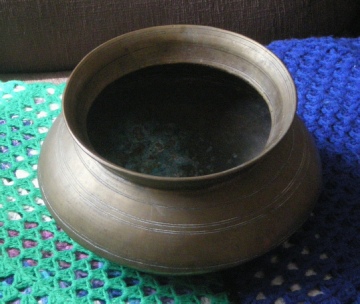 The late Pat Dunn, who was born in 1931, recalled: “I was bought up in St Leonards and the Royal Hotel was one of the pubs used by my family from about 1926. I started drinking there myself in about 1947, when I drank ginger wine. At that time it had three bars—a large public bar, a small private bar and the more upmarket saloon.

“My parents also used the Railway during the war years and after. I think it was just one bar and a jug and bottle. My mother told me that when the sirens went off during the air raids they would all go down into the cellar. That’s when she started drinking pints so she didn’t run out. I remember one local character Bill Elf and his friends drinking at 11 am one Sunday morning, a good hour before opening time. When the police came in he joked with them: We are a committee meeting of the underwater sky diving club’, he claimed and got away with it.” 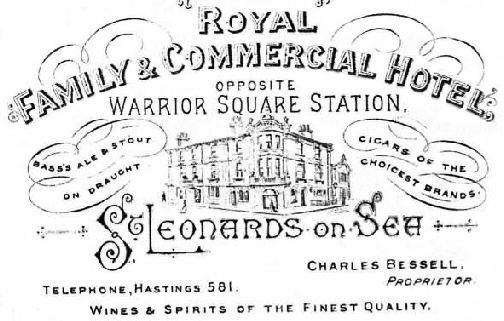 The Railway was used by the performers from the Regal Theatre (now Ocean House office block), which towers above Warrior Square station on London Road. Stars who performed in the variety shows there included Leslie Hutchinson (Hutch), the famous cabaret singer of the interwar and post-war period. His son Chris Hutchinson performed in Pissarro’s.

Cyril Pelluet, remembering the 1960s, remarks: “As teenage jazz fans, one of the clubs we went to was the Railway Workers Social Club [British Rail Staff Association] opposite the Royal and just a few yards up from the Railway. I’m sure they served ‘Grotney’s’ Red Barrel. I think they also featured other bands from time to time, such as pop/rock bands from the emerging 60s pop and rock revolution.”  Of course jazz fans and others who didn’t want to drink ‘Grotney’s’ went across the road to the Royal or the Railway.

From 1931 until 1949 the Royal was tied to Edlin’s Brewery, Brighton. Following this it was tied to Tamplin’s and then to Fremlins. It is now a free house with all the original bars now one. The Railway still has brown glazed tiles indicating it was once tied to Fremlin’s. 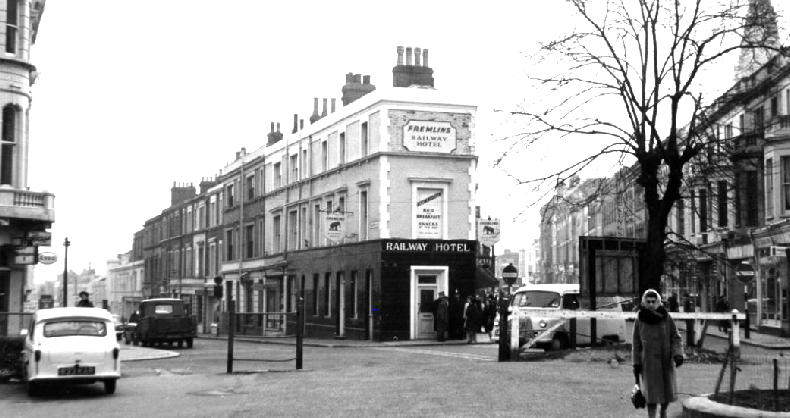 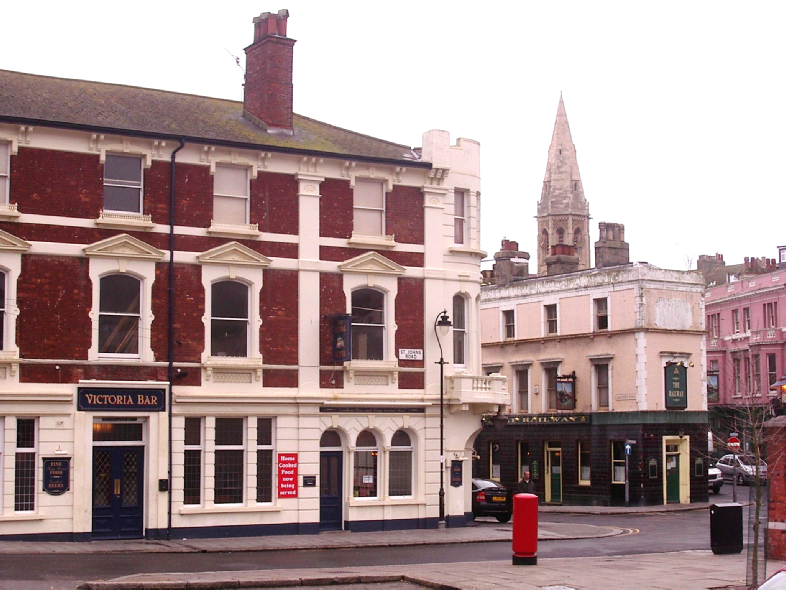 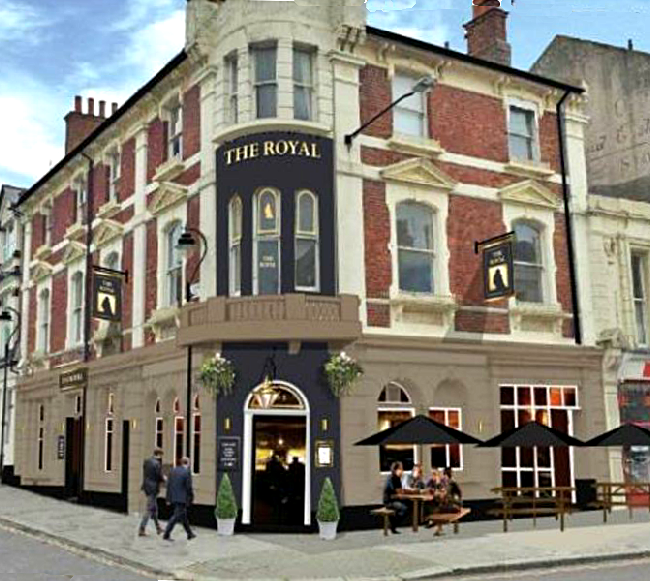 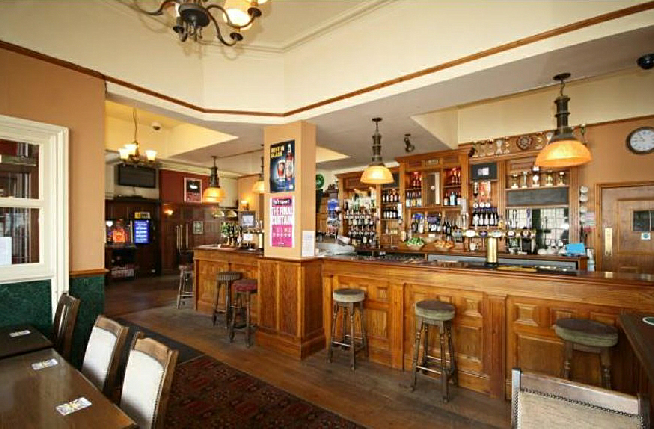 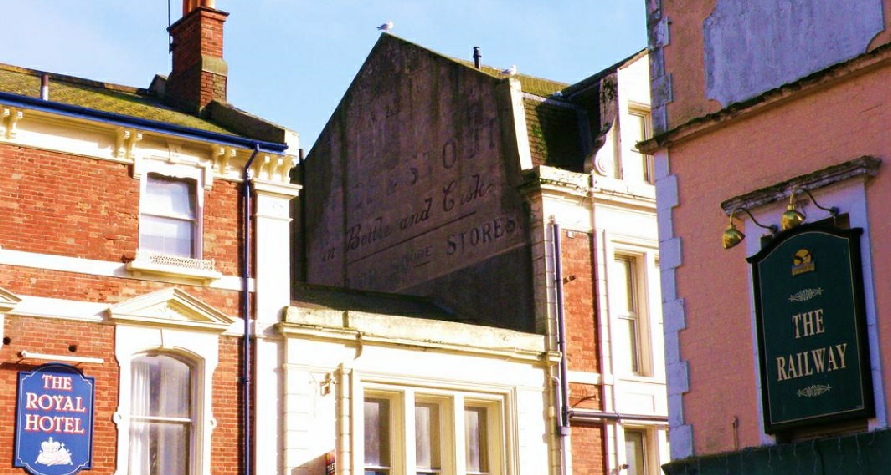 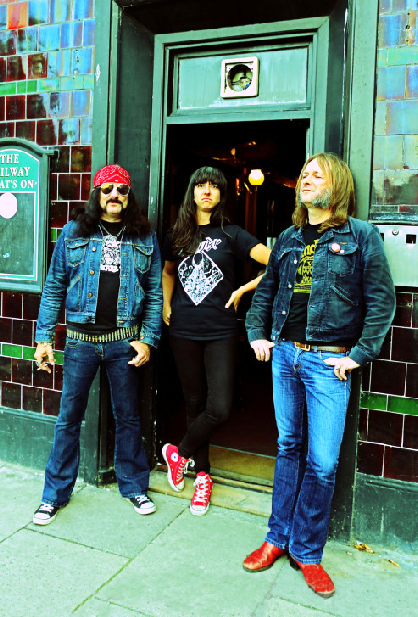 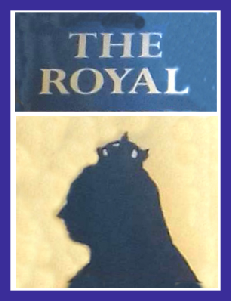 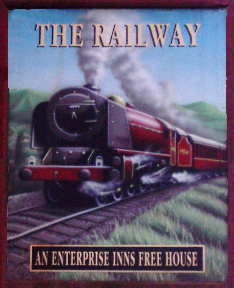