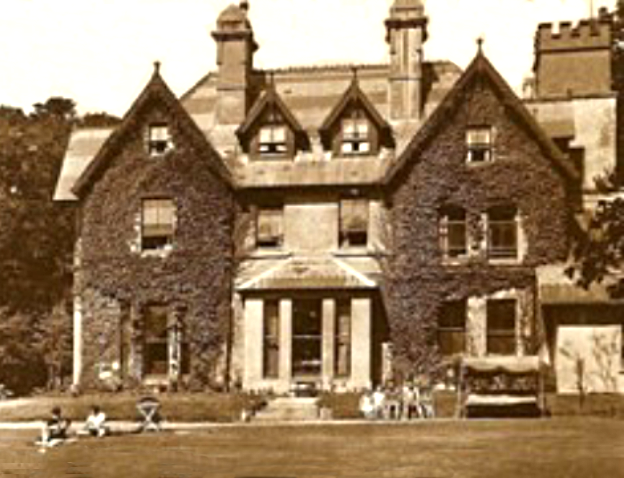 This pub was located some three miles from the town centre. The building, originally a lodge house, was a large property adjacent to Netherwood House on The Ridge. It was occupied between the wars by a ‘socialist commune’, and then during the Second World War by an Army Records Office.

As a pub its history revolves around two men from the past whose time in Hastings was nearly 900 years apart. The first is Robert de Mortain, half-brother of William the Conqueror, from whom the pub took its name. In the section of the Bayeux Tapestry shown below, Robert de Mortain (right) sits on the left-hand side of his half-brother, William Duke of Normandy, (William the Conqueror). Robert’s full brother Odo sits to William’s right, implying his seniority. This scene is thought to be somewhere local, immediately before William ordered the castle to be built on the cliff top and before the Battle of Hastings. In the Battle of 1066, Robert took command of 60 ships in the French fleet of his half-brother William. Around 1068 he built, or was given, Hastings Castle and the adjacent territories. According to the Doomsday Book, Robert and William each possessed lands in separate counties. The sum of the annual income generated by the lands of the two men amounted to about £690. Robert was married to Beatrix de Falaise, sister of Arlette de Falaise and they had four children.

Robert de Mortain became Lord of Hastings and died between 1089–1093. He was the son of William Count of Eu and his wife Lesceline.

The second notable person in the pub’s history is Aleister Crowley, Satanist, magician and mystic. Crowley lived at Netherwood House from 1945 until his death in December 1947, allegedly practising ‘sex magic’ and black magic. By this period in his life he had gained a notorious reputation. He has been referred to as ‘the beast’ and ‘the wickedest man in the world’. His detractors believe that he is the secret grandfather of George W. Bush and moreover, that he was responsible for ‘putting the curse on Hastings’. It is said locally that ‘Crowley’s Curse’ on the town of Hastings and its poplation rendered the inhabitants doomed never to leave unless they took a pebble from the beach with them when they moved.

Crowley’s ghost haunted the pavement outside the pub and is said to be inspired by some former mischievous activity of his. The pub itself was not thought to be haunted but an energy line or ley line ran through it. Two houses in Netherwood Close, adjacent to the pub, have experienced ‘severe weird happenings’ in recent years and the High Priest and Priestess of White Witches who live in Hastings have been called in twice to perform exorcism ceremonies there.

In an odd twist in local belief, it is thought that at one time Crowley also lived in an old house against the cliffs beneath Hastings Castle, thereby linking him again with Robert De Mortain.

In its 70th year (2017) the Robert De Mortain became redundant and was closed. Since then the building has been demolished and Crowley’s ghost, on becoming homeless moved into the town centre. Crowley’s ghost now resides in the recently renamed Crowley’s Bar in the former Old Golden Cross in Havelock Road. The first and only Hastings ghost to have a pub named after him! 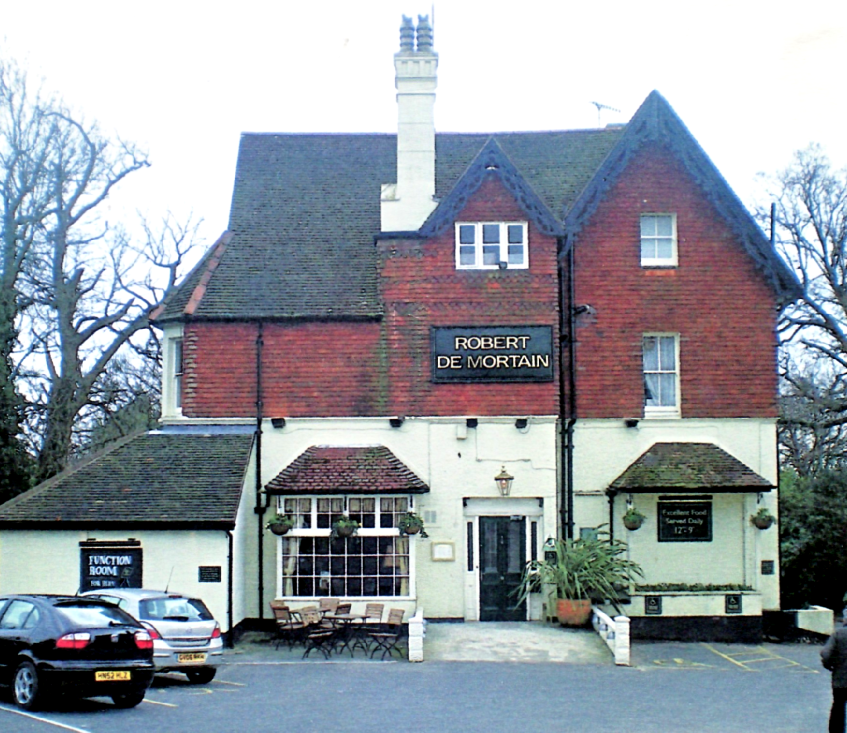 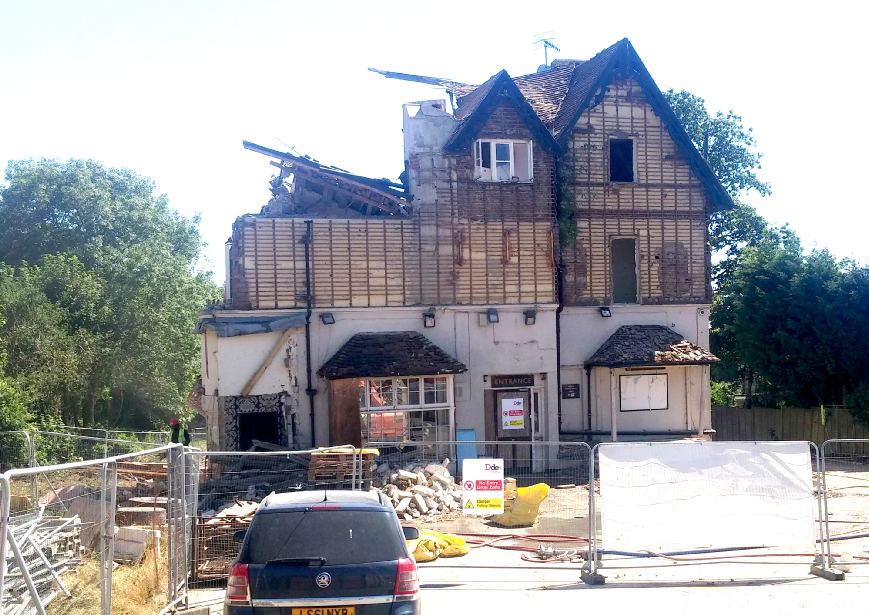 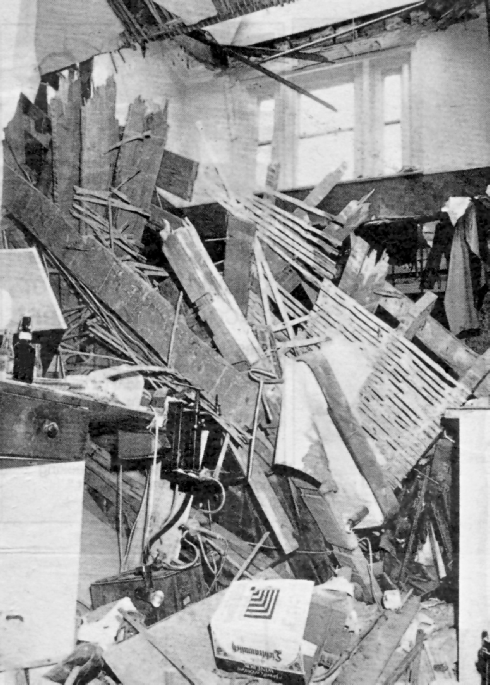 In the hurricane of 1987, the Robert De Mortain suffered extensive damage and had to have its roof replaced. This unfortunate incident has also been attributed to Aleister Crowley’s sinister connection with the pub and the area! 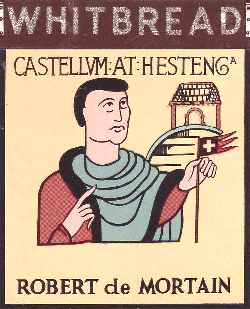 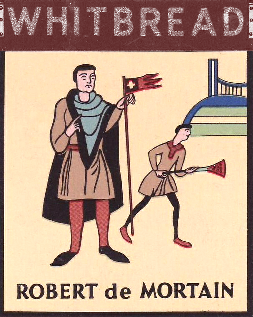 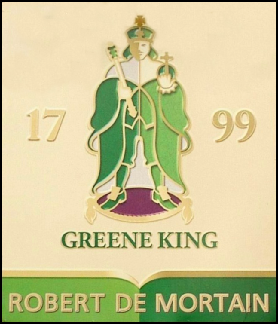 In September 1946 Leney’s Brewery of Wateringbury, Kent purchased the freehold of the lodge house, then known as Ripon Lodge Hotel. Following refurbishment this modern and substantial building was converted into a public house and opened in December 1946, exactly a year before Crowley’s death. Its licence was transferred from the Bedford Hotel in the town centre, which was bombed during the Battle of Britain in 1940. The Bedford licence was held ‘in suspense’ by Leney’s Brewery from 1941 until 1947. The first landlord was Geoffrey Taylor and a successful application was made to change the name from Ripon Lodge Hotel to the Robert de Mortain in April 1948.

The first pub sign, a double-sided sign, was included in Whitbreads miniature inn sign series in about 1950. It was designed by Violet Rutter, who also designed other Hastings Whitbread miniatures. The more recent sign was a bland Green King multiple.

…The most commonly asked question has been ‘where was Aleister Crowley’s boarding house where he lived and died?’
The answer is NOT the old derelict house that used to stand below Hastings Castle which many believe was haunted by his ghost, rather Netherwood Boarding House where he lived for three years before dying on Monday, December 1, 1947 at the age of 71, which was sited on The Ridge.
The main part of the building was demolished but the coach house and the east wing of the building, which is now The Robert De Mortain pub, survive to this day.
Neither are said to be haunted although down the years there have been reports of a solitary bald-headed figure standing on the pavement opposite, just standing and staring at the buildings.
Two homes in Netherwood Close have experienced severe ‘weird’ happenings and I have been called in independently three times to perform ‘cleansing’ (exorcisms) ceremonies there.
Whether this has any link to Crowley is doubtful as a very powerful energy line runs through the area. 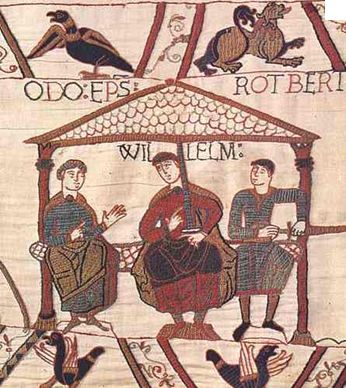 A section of the Bayeux Tapestry 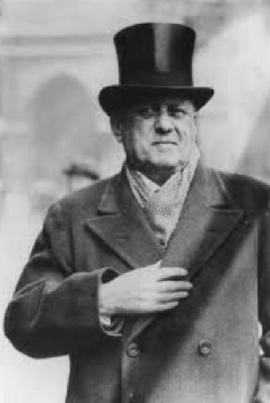 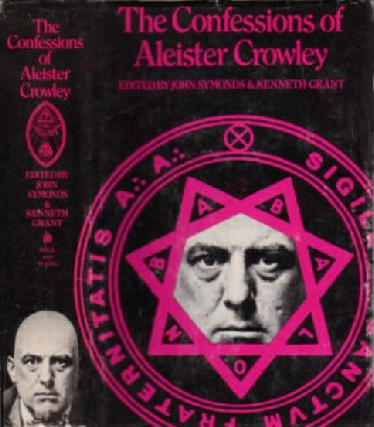 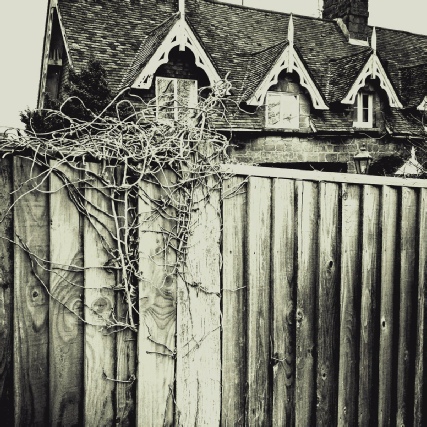