This public house opened as a hotel in 1866 with 12 rooms, two parlours and a bar. The first landlord, Thomas Turner and his son, came from the Havelock in Robertson Street in the town centre. They ran both pubs concurrently for a couple of years. The Tower had a large and comprehensive price list.

During the Second World War, on May 23rd 1943, the pub was bombed by the Luftwaffe and a thousand pound bomb landed in the cellar but miraculously failed to explode. A personal account of the incident was recalled years later by Patrick Kavanagh, one of the bomb disposal officers called to the scene. “The area was evacuated”, he said, “and the Bomb Disposal Squad, of which I was a member, was called to deal with it. We diffused the bomb rendering it harmless and the following week removed it through the cellar flaps.

“A photographer from the Observer was called and recorded the event. All of us in the squad purchased the paper that week and the following week, but no photograph ever appeared in it or in any subsequent weeks. On checking we discovered that had the photograph been published the editor could have been sentenced to life imprisonment … as this was classified information and no photographs of war damage were allowed.” However, the picture below later came to light. 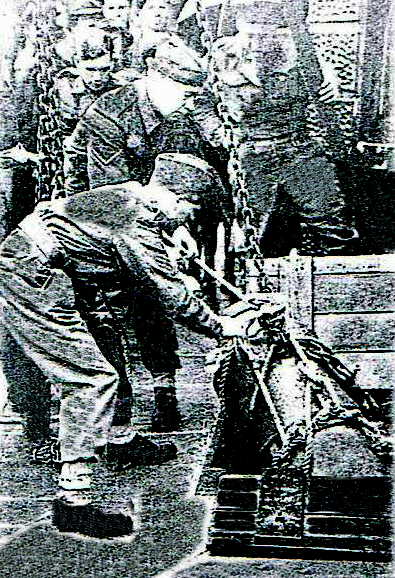 When Patrick, visited the pub in 1990 a customer showed him a picture, probably this one. “I must say I was delighted to see it”, he said,“it brought back many memories of brave men who did not survive the war, through the dangerous and perilous work they carried out. “Bombing became part of the daily life of the people of the area as after the bombs, the ‘doodle bugs’ and rockets were inflicted on the population, with their menacing wailing. “It was nostalgic to have those times brought back to me, happily now buried under half a century of time. Those of us still alive who served in that company will be old men now, sometimes reliving those days of uncertainty and hazards.”

I heard a local variation of this story from two drinkers in the bar who adamantly claimed that both the pub and the road are named after Wingfield’s Tower, making the pub a sort of memorial to him!

However, the pubs actual origins are shown in this drawing of James Burton’s road to London in the 19th century. The drawing is by A.R. Mitchell and is dated 1865, one year before the pub opened in 1866. 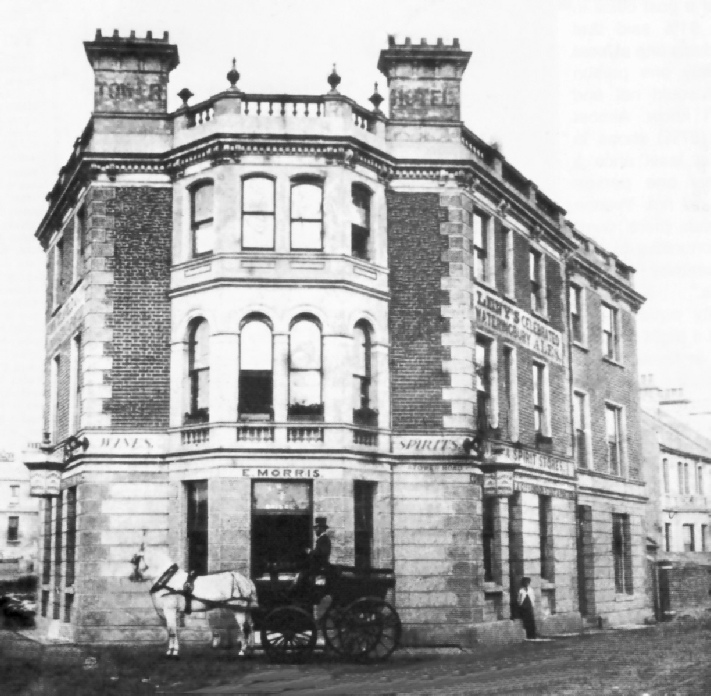 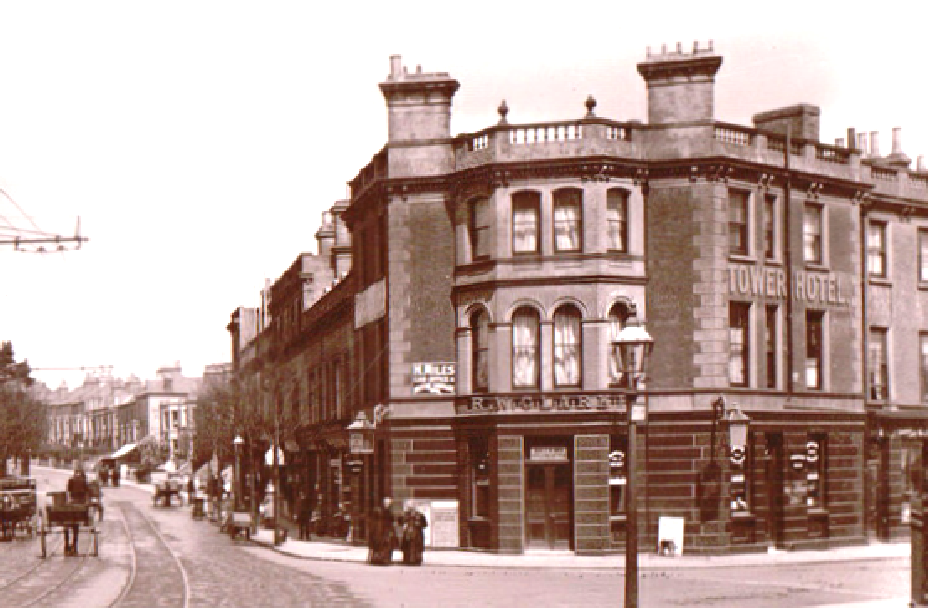 In the final years of the 19th century, there were reports of customers drinking ‘pots of gin hot and eating Welsh rarebit’. The custom of ‘hustling the hat’, a means of deciding who paid for the drinks, was practiced here. Each participant put a (marked) coin into a hat which was shaken and tipped out. All coins showing heads were withdrawn. The tails were put back into the hat, the process repeated and the final or ‘true tail’ had to pay for ‘pots all round’. This custom sometimes led to argument and was frowned upon by the police.

During the years leading up to the First World War and later, the Tower was home to a popular lodge of the Buffaloes, the RAOB. The following report from 1903 shows that women were allowed into the pub but only with permission of the lodge who, needless to say, were all male. However, a good time seems to be had by all. 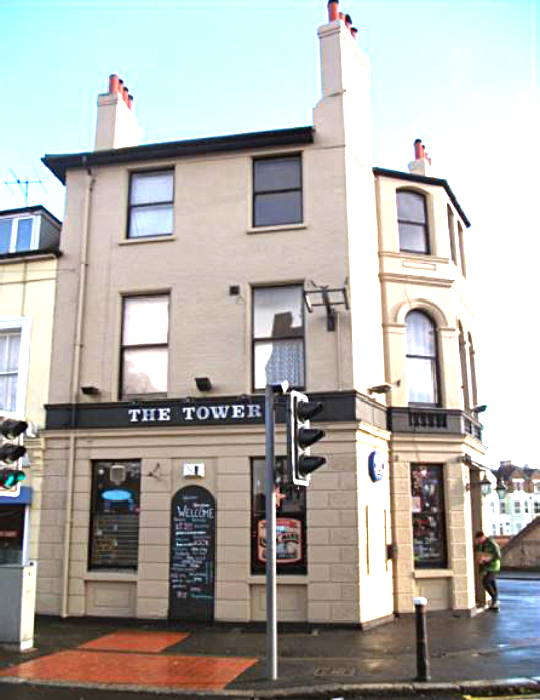 The pub sign on the left seems to have been designed with a measure of artistic licence. The sign shows a Martello Tower standing in the sea flying the flag of the Cinque Ports Federation. Its base is adorned with the Sussex Coat of Arms including six  Martlets, mythical, legless birds found in heraldry across the county. However, Cinque Ports, Martello Towers and legless birds are not related to the Tower public house and its origins.  Nor is it related to the Tower building (Wingfield’s Tower), a furniture removal business, that once stood in Lower South Road. Originally owned by Edward Wingfield, in 1877 he added a tower to the building with the intention of including four clock faces to serve the locality but they never materialized. In 1883 he built Marina Park in West St Leonards. However, having apparently overreached himself he committed suicide. Rumour has it that he had thrown himself off the Tower Building, but the sad fact is he cut his throat and jumped from a window at Marina Park in February 1885.

The tower in Lower South Road was an interesting addition to the skyline but was removed as unsafe in 1974. 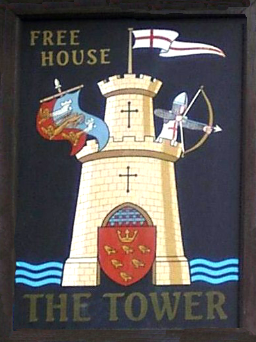 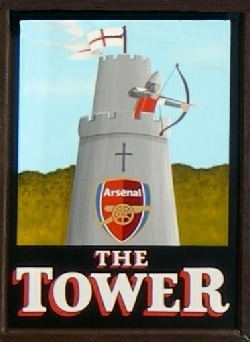 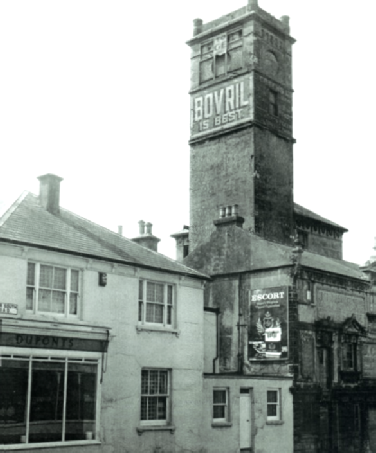 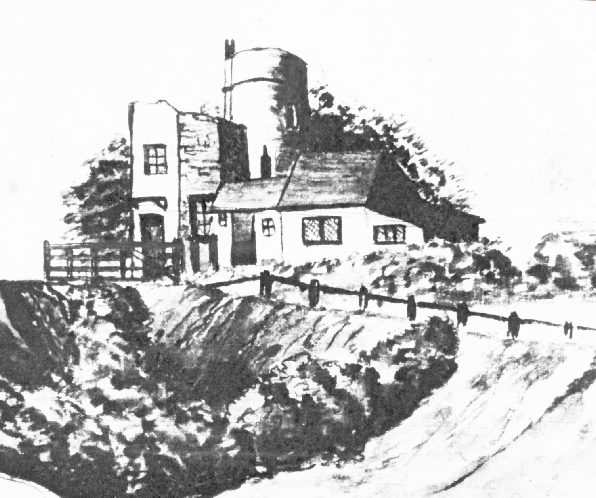 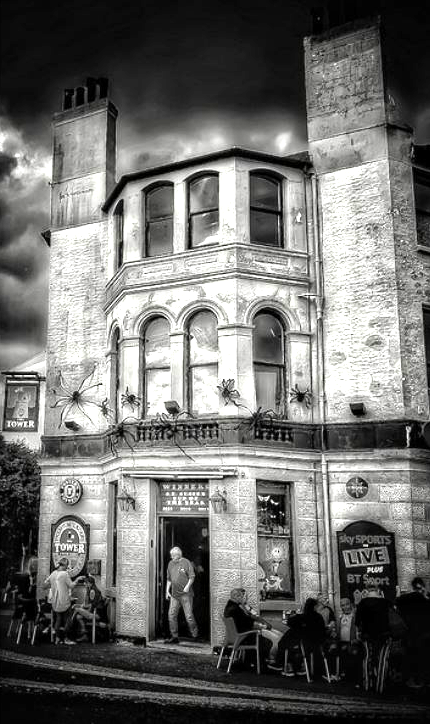 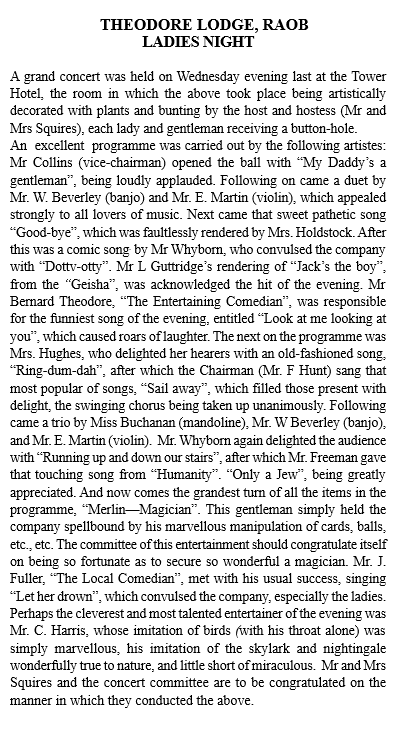