The Wishing Tree public house took its name from Wishing Tree Road, which for many years was thought to be the location of an actual ‘wishing tree’ connected in mythology to a pagan custom that took place on 12th night. The Hollington Wishing Tree however, has also been known as the Scrag oak or Smugglers oak, at one time a rendezvous for the tubmen carrying brandy inland from the coast.  Hastings Museum claims it was given the name Wishing Tree in the 1850s after a children’s game. Henry Bullock, author of A History of the Church in the Wood, Hollington, thought that changing traditional names for new ones was contemptuous and criticised the practice. However, as late as the 1920s it was still remembered as the ‘Smugglers Oak’.

The tree was removed from its location in Wishing Tree Road at the beginning of the Second World War, and replaced in 1948 with a sapling oak. At the planting ceremony groups of children danced around the tree singing: To English folk the mighty Oak is England’s noblest tree. Alternative locations for the Wishing Tree or Smuggler’s Oak are Robsack Wood and Ironlatch roundabout, although the trees that stand on the roundabout today are not oaks. To confuse the issue further some think that the tree in question was the original Hollington Oak—the name of another pub further down Wishing Tree Road.

The Hollington Oak opened in 1950 when the licence of the Royal Oak, Castle Street, was transferred to the Southlands Court Country Club. Originally Stone House Farm, it was built in 1740. 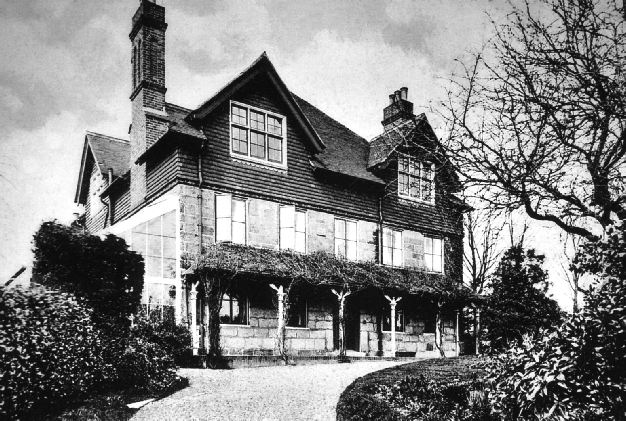 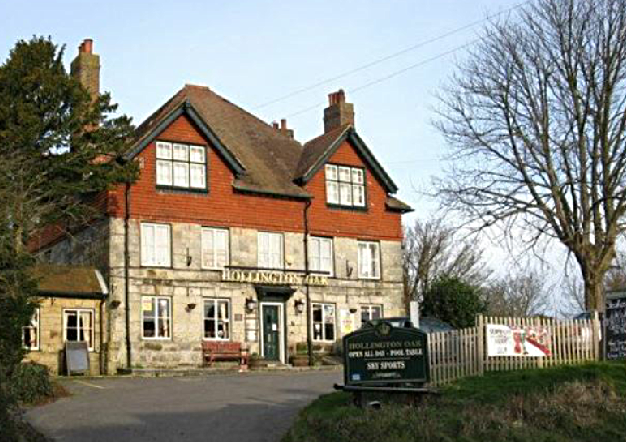 The Wishing Tree, a relatively recent pub, opened in 1946. Its licence was transferred from the Swan, Old Town which was bombed in 1943. The Swan was believed to have many ghosts and it is said that some accompanied the licence on its journey to Hollington.

Since 1946 a lot has been reported about the paranormal activities of the Wishing Tree. Several landlords are on record as having experienced contact with the supernatural. There have been so many ‘sightings’ and experiences that the BBC made a film about the pub in 1972, and at least three authors have since written about it. 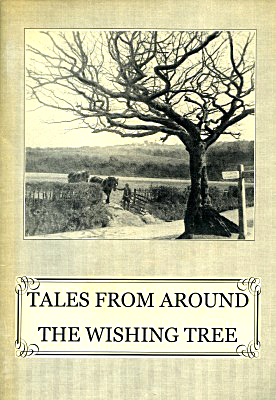 John Northwood, landlord in 1968 said:  “I am convinced there’s a ghost here and it’s one of the old ladies. First it was the dog, she started howling for days on end for no apparent reason. Then, one night I was talking to a customer and heard, bump, bump, bump over my head. I thought that’s Mike, our son, out of bed and went upstairs. Yet he and his sister were fast asleep.” More puzzling was his young son’s side-splitting chuckles at all hours of the night. Usually he was a sound sleeper. “It was obvious something was making him laugh, something which he called ‘Funny face’. There were many times we sat in the kitchen and felt an unseen something brush past.”

In May 2010 Gerry Foster, then managing the bar during the day but landlord from 2003–2004, revealed: “The two Victorian ladies are still quite active. One evening just before closing time I went upstairs leaving my wife Sylvia behind the bar with the last customer. Sylvia suddenly felt a push from behind and thought that I had come back downstairs. But I hadn’t! The last customer, who couldn't believe his eyes, sobered up very quickly and exclaimed, ‘I saw that woman push you but there’s no one there!’ That was in 2004.

“On other occasions the wall lights in the bar have lit up or gone off without being switched and on several occasions the cistern in the ladies toilet flushes itself leaving women customers to believe the toilet is occupied.”

One of the ghost sisters was reputed to be a practical joker responsible for pulling the funny faces that make children laugh, an unusual occupation for a ghost. She was also in the habit of pushing a pram into the path of oncoming cars in the road outside. The greatly perplexed driver screeched to a halt only to find no one around. It took a particular sense of humour to appreciate this kind of practical joke! The other sister who was more of a poltergeist was the one who made all the noise.

When the brewery applied to have the licence transferred in 1946, their representative unveiled the first pub sign to the magistrates. It showed a young woman under a moonlit tree dreaming of marriage. The famous advice of Mr Punch ‘Don’t’ was printed underneath. This sign was included in the first series of Whitbread’s miniature inn signs published in the early 1950s. The second sign showed two young girls who, I am told, were there to remind us of the legend of the two sisters who haunted the building.

The Wishing Tree Social Club was an independent organization associated with the pub. During the 1950s the club was at its peak, providing leisure activities, including sports, carnivals, torchlight processions and bonfires on Guy Fawkes night. This extract from the report on the 5th November 1959 in the Hastings & St Leonards Observer gives a good example of the activities of the club:

‘The Wishing Tree Social Club has arranged a big celebration at Hollington tonight. A 13ft. ‘Guy’ has been constructed and an additional feature this year is that, as well as lights there is a microphone concealed in its head. An interesting point about the head of this guy, which is replaced by a similar one without the electrical fittings just before it is hoisted onto the fire, is that it is now about 40 years old. Originally the property of the Bohemia Bonfire Boys, it was handed onto the Wishing Tree Club, and has been in use for many years, by them.‘ 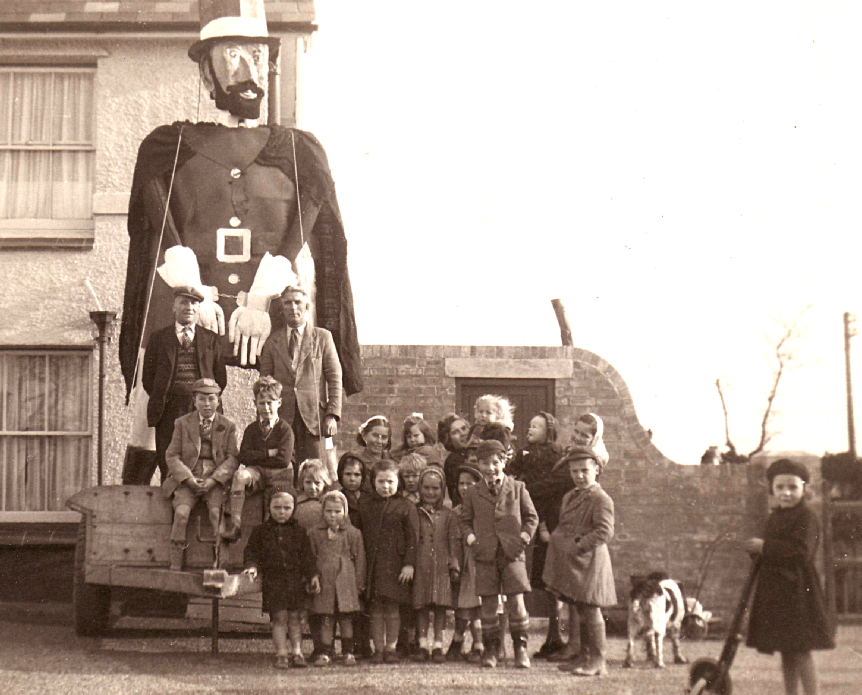 The Wishing Tree was demolished in 2013. 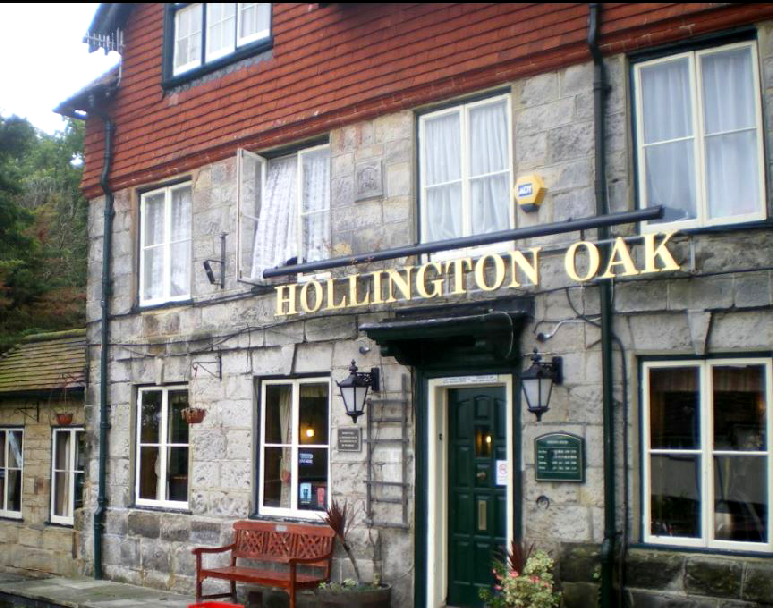 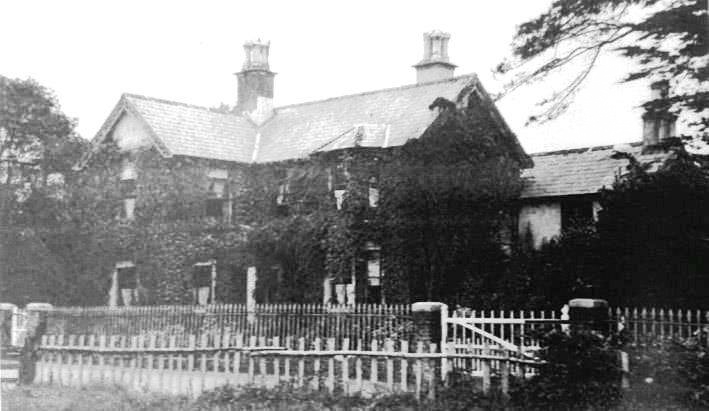 Norton’s Farm 1906 before it became The Wishing Tree 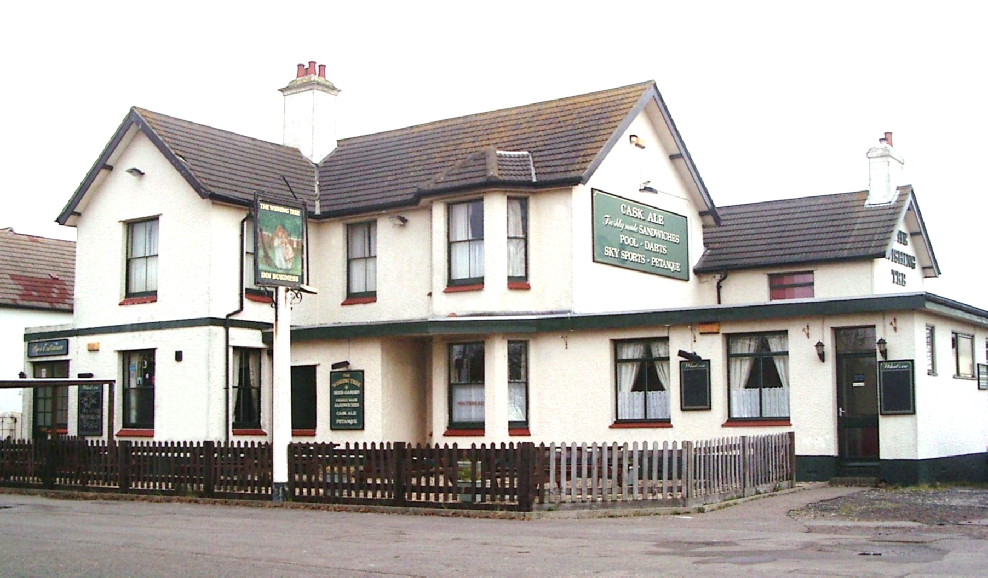 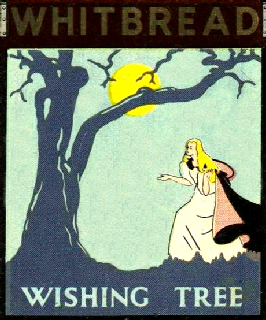 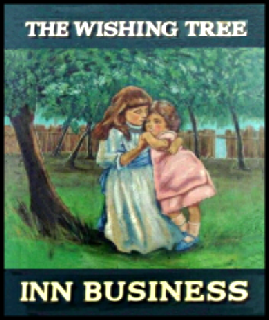