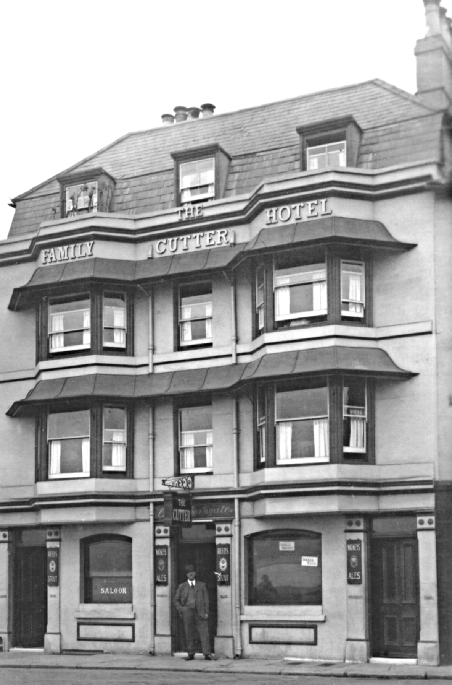 The original Cutter public house was built in 1769 and rebuilt 37 years later in 1806. It was then a ship lap timber building in the heart of the Hastings fishing industry. The pub is named after a type of fast sailing vessel with a single mast, at one time common on this coast.

This engraving by James Rouse shows the Hastings fishing quarter with the lighthouse, net shops and the Cutter Inn (left) in the 1820s. Note the horizontal pole protruding out of the first-floor middle window. This is known as the Ale Stake. When greenery was attached to the end of the pole it indicated that the latest brew was ready. This was the origin of the old proverb that ‘a good wine needs no bush’.

James Bell was landlord from 1807 to 1823 when the pub sign read ‘Ship representing a Cutter’ and ‘James Bell, Dealer in Ale. Bottled 4d.’ During the Napoleonic Wars he had been a valet to Lord Nelson. In 1813 the Cutter became the first meeting place in Hastings of the Derwent Lodge of Freemasons.

Alfred Chapman, formerly a footman, then a barber, became landlord around 1840 and in common with other fishing pubs, he owned or leased plots of land on the Stade opposite, where he had net huts for the use of his customers. But he was not without competition. Space on the shingle beach was much in demand and sought after not just by fishermen and pub landlords but also by the Customs and Excise. In 1844, for example, landlord Thomas Coussins ‘leased a tenement’ of two rooms on the shingle beach opposite the Cutter ‘lately used by the Commissioner of Customs as a Searchers Office’. This meant that boats returning from ‘fishing trips’ had to contend with searches by the Revenue Men on shore as well as being followed at sea! Nevertheless, many boats successfully landed contraband goods such as brandy, gin, tea, pepper etc.

The Cutter’s most famous customers arrived in 1860. Dante Gabrielle Rossetti, the pre-Raphaelite artist and poet, and Elizabeth Siddal, artist’s model and poet, were accommodated here when they married in nearby St. Clement’s Church. 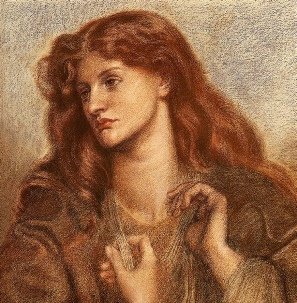 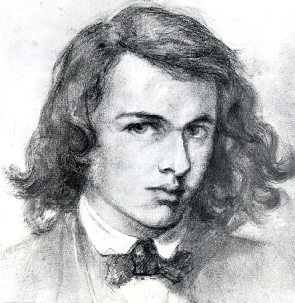 Rossetti’s early poetry was influenced by John Keats, another poet who had also visited Hastings albeit 42 years previously. Was Keat’s association with Hastings on Rossetti’s mind when he chose the town as the place to get married? It was said the sight of the setting sun sinking in the west over the Hastings coast left an  impression on him. Perhaps he enjoyed ‘three pennyworth of rum and eggs’, an early type of ‘eggnog’, served to upper middle-class customers in the Cutter smoking room, and was also influenced by Kelly’s Directory recommendation of the Cutter as a ‘principle inn of the town’.

In 1872, a costermonger [barrow boy] was summonsed, for trying to obtain sixpence [2½p] by false pretences. He walked into the pub and asked for three ha’pennies [1p] worth of gin, for which he paid with a shilling [5p]. He said: “Will you give me six coppers [2½p] for a sixpence piece?” The barmaid laid six coppers on the counter, but before she could pick up the coin, he asked for ‘a shilling for a sixpenny piece and six coppers’. She gave him a shilling and he put a sixpenny piece on the counter, with the coppers.

In the 1870s vegetable hawkers left their carts outside while they went inside to ‘wet a deal’. Other customers included fly drivers, grocers, fish buyers, butchers, marine store dealers and waiters, of whom the landlord sometimes complained of their ‘picky’ (ie bad) language.

In the 1890s the Hastings and St Leonards Bicycle Club held their annual smoking concerts here and prizes were awarded for an annual ‘100 mile’ ride to Worthing and back followed by a programme of songs and entertainment by a ‘glee party’.

An ages old navigation system for boats coming ashore known as the Hastings Upper and Lower Lights was located adjacent to the Cutter. Many years ago when boats at sea had the two lights in line they knew it was safe to turn inland into a channel between two ridges of rock.  The upper light was located at the top of Light Steps, George Street from 1851. The lower light, built in the 1820s, was situated on the eastern side of the Cutter.

The Cutter was rebuilt in 1927 and refurbished in 1957 when the house on the west side was added. When it reopened the landlord, in the company of local fishermen and the lifeboat crew in oilskins, was presented with a new pub sign, a painting of a cutter, and the Hastings lifeboat was presented with a cheque by Watneys Brewery. 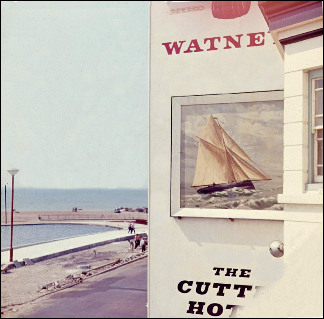 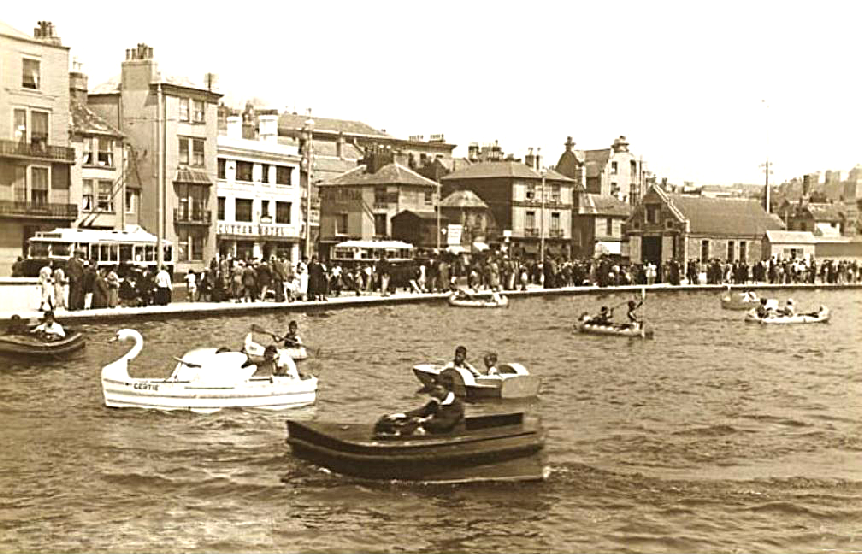 The new boating lake in front of the Cutter 1933 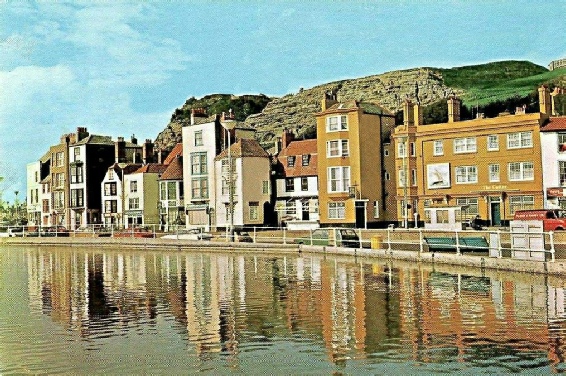 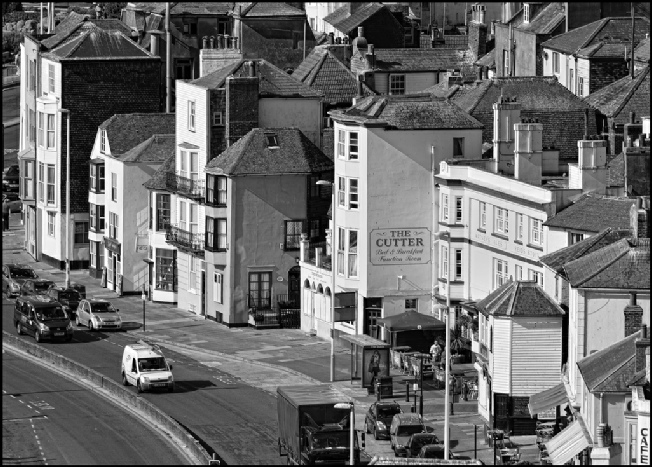 Ariel view of the Cutter c1970 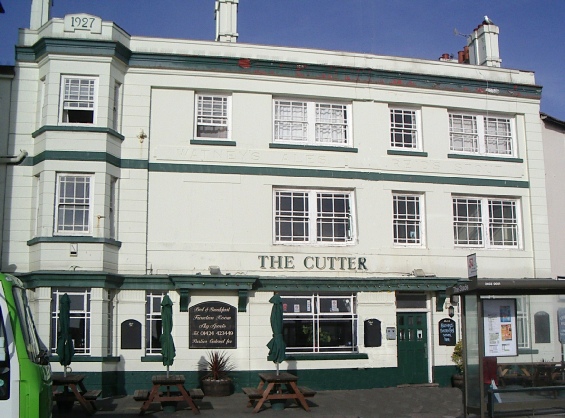 At one time the Cutter and Rising Sun were just two of the licensed houses on this small street. In the 1860s the magistrates noted that there were seven licensed premises on East Parade, a street of only 20 inhabited buildings. These were the Cutter at number 13, the Market Tavern (1871–1906) at 14, the Lugger at 14a until 1867 known as the New Inn, the Rising Sun at 18 and the Pelican at 20. The Cutter, Market Tavern and the Lugger were next door to each other whilst unbelievably a sixth licence was held by Steven Hazleden for a beerhouse also on East Parade but street number unknown, which existed for less than 12 months in 1866. The seventh licensed premises was the Foresters, formerly the Hope beerhouse at 32 East Parade. The Cutter is the only pub in this group to have survived.

Deeds of the Rising Sun in 1855 refer to the pub as the ‘Rising Sun and Cumberland House’. The first licence was granted in 1854, or earlier, and in 1859 a man who was charged with being drunk explained that he had won his brandy playing dice and that he would travel home “by donkey”.  At that time the pub employed a boy with a donkey and cart to take customers home at closing time.

In 1862 the pub displayed the fossilised remains of an extinct animal in the bar. The remains included a tooth weighing 7lbs and a huge circular horn tusk that had been dragged up in a trawl net by a Hastings lugger. 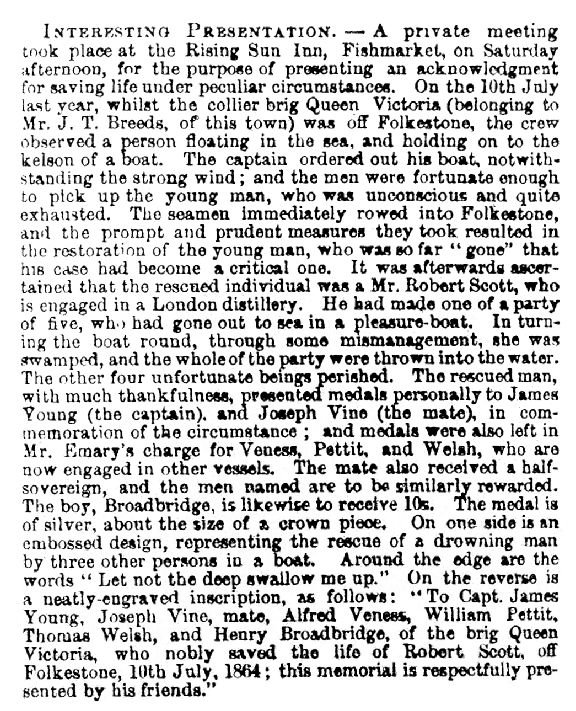 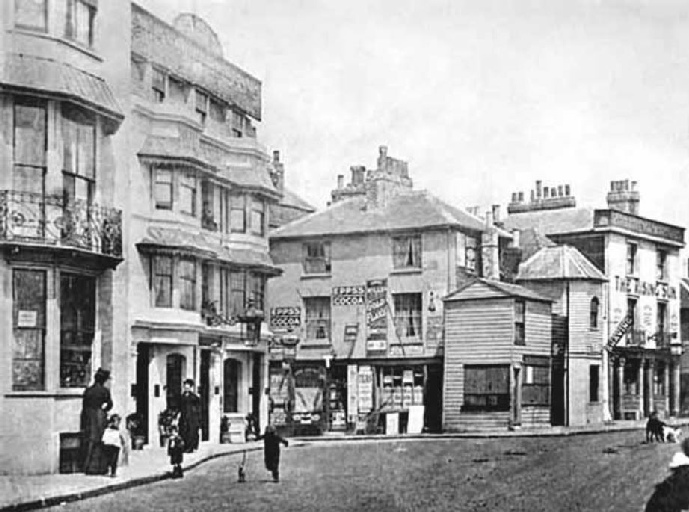 The Cutter 2nd building on left and the Rising Sun 1903

The premises were sold in 1874 and sold again in 1895 to the Star Brewery of Eastbourne. In 1898 the pub became the headquarters of the local Druids and had a 5 am licence for the Fish Market, which it had to relinquish during the First World War. 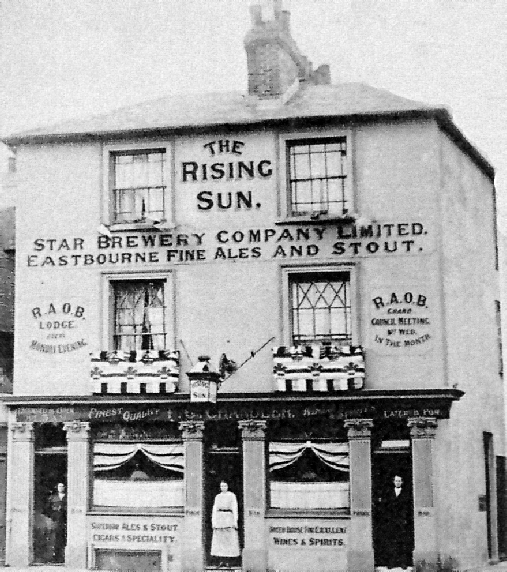 In 1933 alterations were carried out on the small bar which could only accommodate 25 drinkers causing an overspill onto the street. The landlord built a new clubroom upstairs and had a new bar counter fitted. A local character called Little Bessie appeared in court in 1940 charged with throwing a whisky glass at the landlord, who was present in court wearing dark glasses. Three soldiers had entered the pub and when Bessie’s dog approached them she said: “Come away from those … thieves; all soldiers are thieves!” When told by the licensee not to talk like that she resorted to more obscene language and threw the glass at him. She was fined £5.

In 1943 a room in the pub was designated as the Civil Defence Recreation Training Club room and was the location of a darts competition in ‘Wings For Victory Week’.

The Rising Sun ceased trading in 1970. It is now an Italian Restaurant. 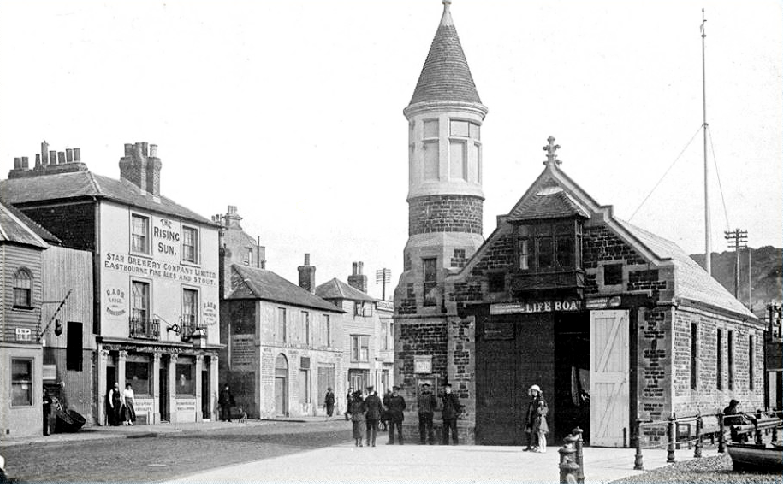 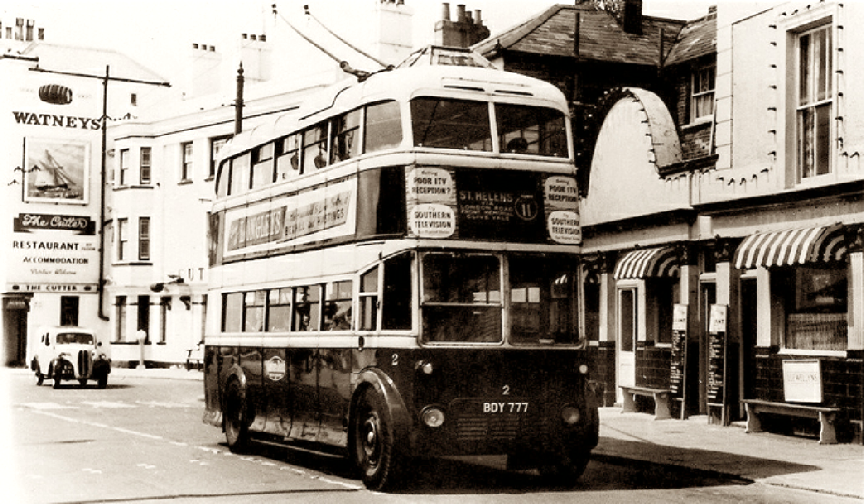 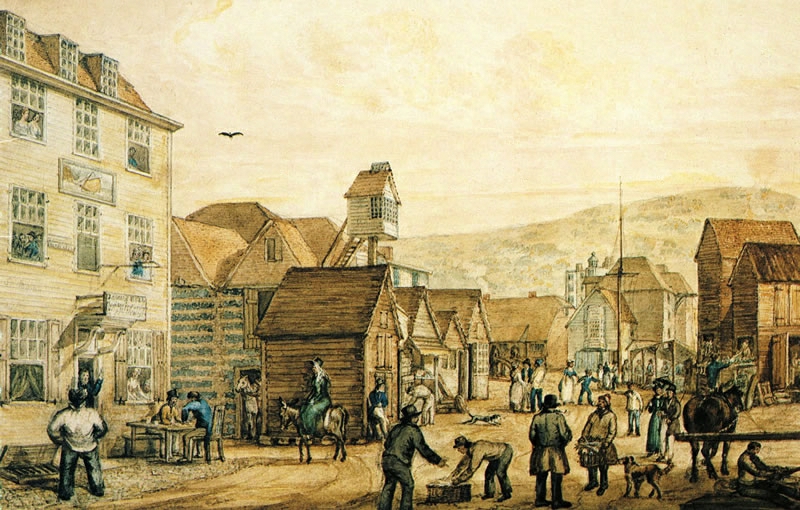 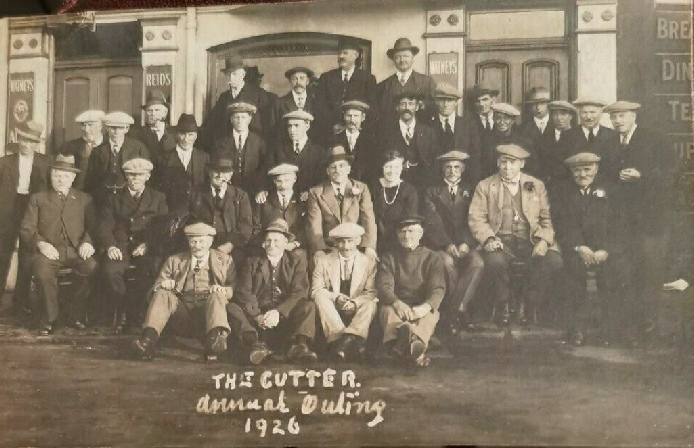 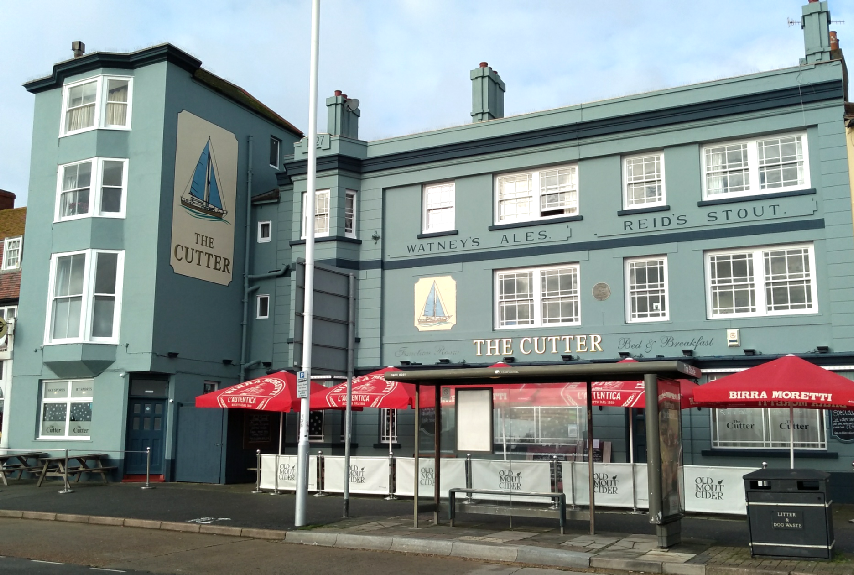