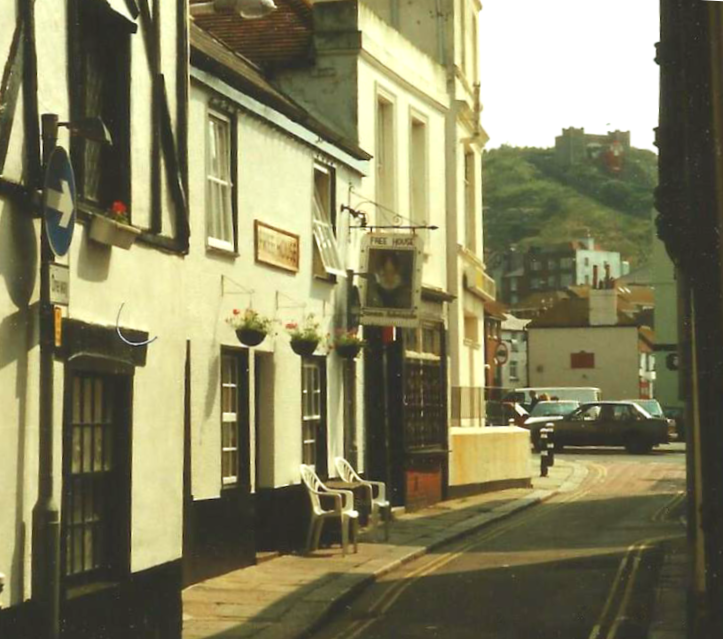 The Queen Adelaide opened as a beerhouse in the late 1830s, after a visit by Queen Adelaide to Hastings in 1837. In 1855 the Hastings and St Leonards Chronicle reported a case where the landlord was summonsed for selling rum. The journalist who attended the court described the scene: ‘The landlord, Henry Kenward, an old man with a smiling, sleepy countenance, wished to know who had got anything against him. When he recognised the witness he said, “Oh it’s you is it, go ahead then”. He then claimed, “I didn’t know anything was going on wrong”. When the customer bought the rum the landlord was asleep in his chair and his wife said to her loving spouse: “Come on aren’t you going to wake up tonight?” Which was answered by a snore.”

A common custom in this beer house was ‘tossing for pots’. In 1857 a small group of customers were ‘tossing’ when a tired fisherman ended up winning four pots of beer in a row. After drinking his four pots he fell asleep with his head between his knees and was robbed. All that was found was his small moneybag, empty in the closet. It was socially acceptable to take a nap. Sleeping in these small beer houses wasn’t frowned upon or unusual. Other cases were reported in the Cutter and the Hastings Arms.

In 1863 the landlord, who was also a fish dealer, was charged with serving beer at ten to six on a Sunday morning. He claimed it was his ‘custom to open the pub at 4 am for coffee’. The constable who reported him said: “There was no coffee, only 11 men drinking beer”. Despite this the Queen Adelaide was granted a full licence in 1870, followed by permission to open at 5 am in 1872 along with other fishing pubs, such as the Anchor and the Queen’s Head, who served the fishermen and the workers of the fish market.

Later, in 1872, the landlord was charged with illegal opening again. A drinker who was summonsed said he was drinking coffee ‘with three quarters of an inch of froth on it’, another that he had gone there to collect his laundry, while the landlord said he was only serving himself!

On a Sunday in 1884, a policeman observed a woman illegally buying brandy in a teacup and carrying it away. In his defence the landlord said he had gone out to get some sand from the beach and the woman had slipped in. “She needed the brandy because she was ill”, he said. “We use the sand to cover the floors of the taproom and the public bar instead of the usual sawdust”. He was fined for ‘serving during the hours of divine service’.

With the onset of the First World War, the Defence of the Realm Act imposed restrictions on the opening hours of all pubs. The Queen Adelaide and other fishing pubs were further restricted by the removal of their early morning licences in 1915. At the end of the war the Queen Adelaide applied to have its 5 am licence restored but was refused. But it was informed that under the 1872 Licensing Act it could serve ‘bona fide travellers’ out of normal hours, and the magistrates decided that fishermen returning from fishing trips were just that, and so their crews could be served. The fishing community was warned that this did not apply to the Hastings ferryman or to employees and others on pleasure boats. The ferryman plied between the beach and boats anchored off shore, ferrying goods delivered by sea. However, this created some discord in the fishing community. Whilst fishermen returning from a fishing trip could legally drink as ‘travellers’, boys ashore — that is crew members who worked ashore —  fish buyers and market traders, could not.

As shown in the above newspaper report the Queen Adelaide had three small bars in 1909 — a saloon, a public bar and a taproom. These were converted into two to comply with the 1910 Act. 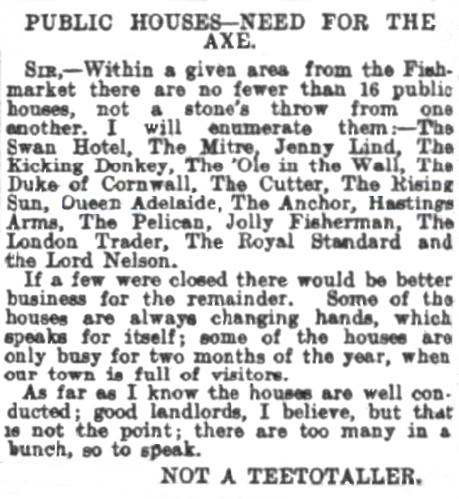 In 1936 a dividing screen between the two bars was removed at the request of the police, so that they could observe the whole of the pub by looking through the window. The police seem to have been unaware of the law; the 1910 Act specifically required fully licensed pubs to have two bars. 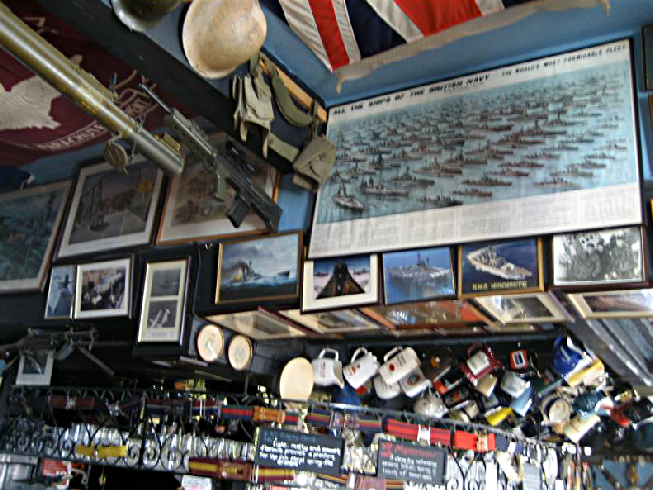 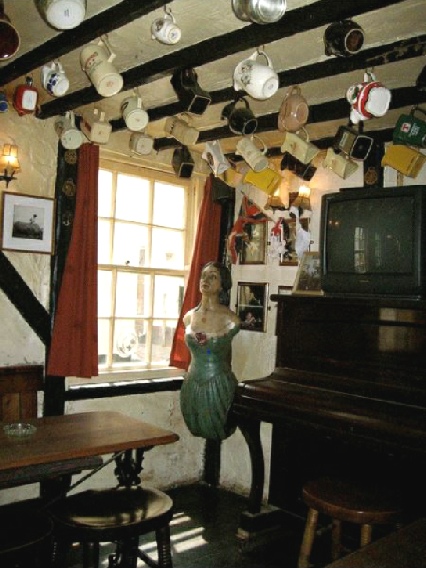 After the Second World War the Queen Adelaide was noted for its displays of maritime and naval bric-a-brac, miscellaneous small articles, collected for their sentimental historic and antiquarian interest and suspended from the ceiling. 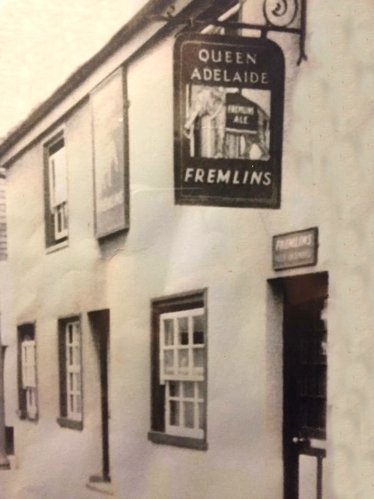 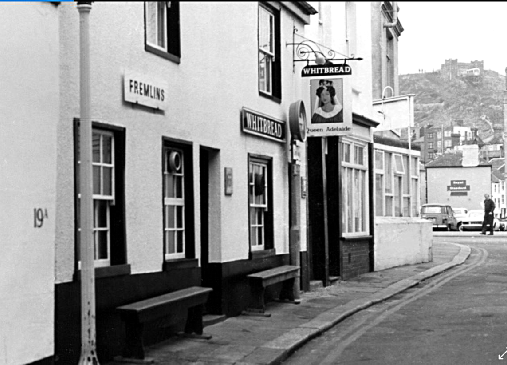 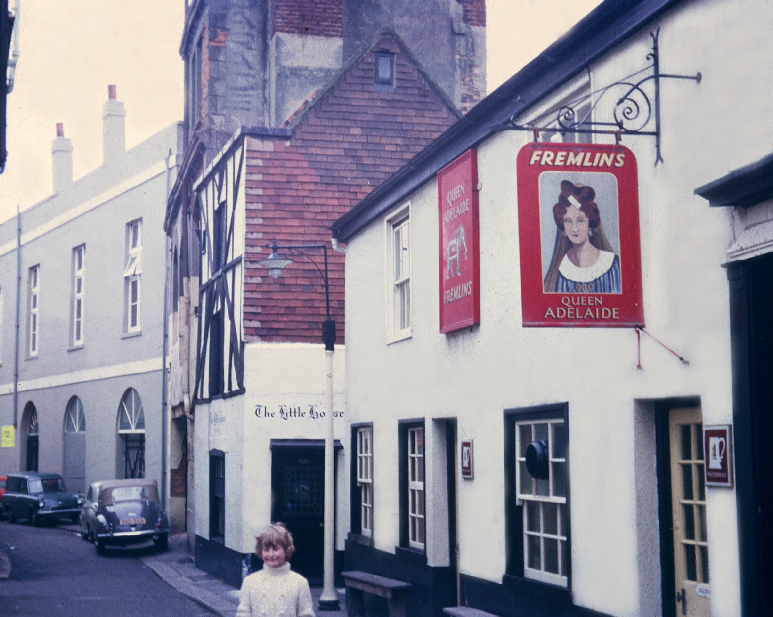 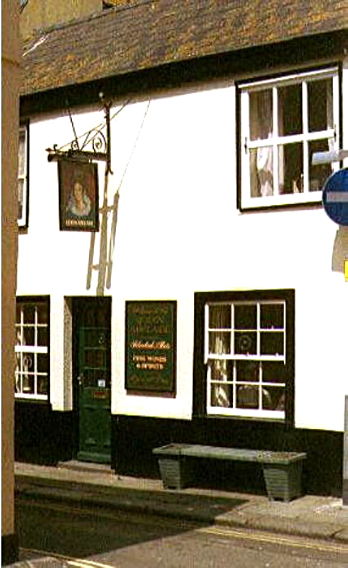 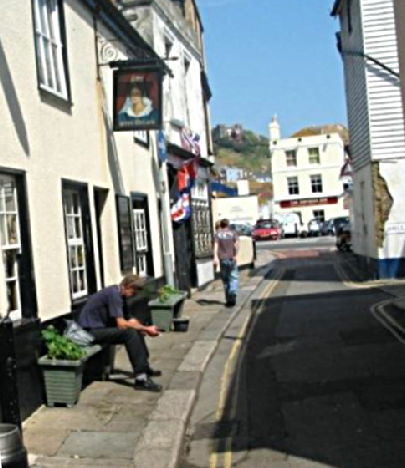 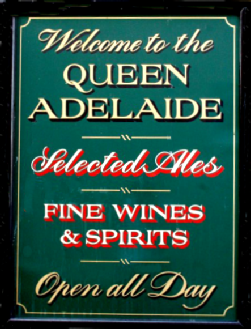 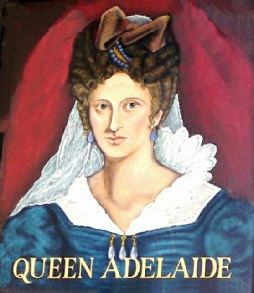 Up until its closure in 2009 the Queen  Adelaide was the only pub in Hastings which opened at 6 am, to serve those employed by a depleted fishing fleet. Its licence was the last early morning licence in Hastings. It opened at this time everyday of the week but, unlike 130 years earlier, this was not enough to keep the pub viable and, sadly, it closed in September 2009.

According to Ted Cogger, grandson of Bill Bluesden, landlord in the 1950s, the Queen Adelaide was known by the nicknames of the ‘Totters Arms’ and the ‘Snuff Takers’. 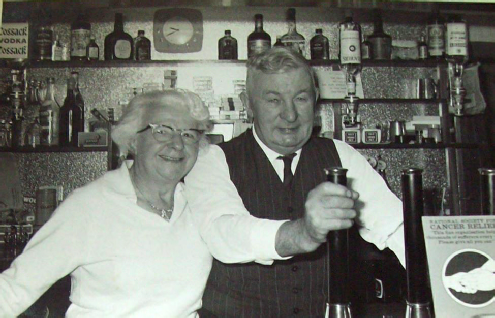