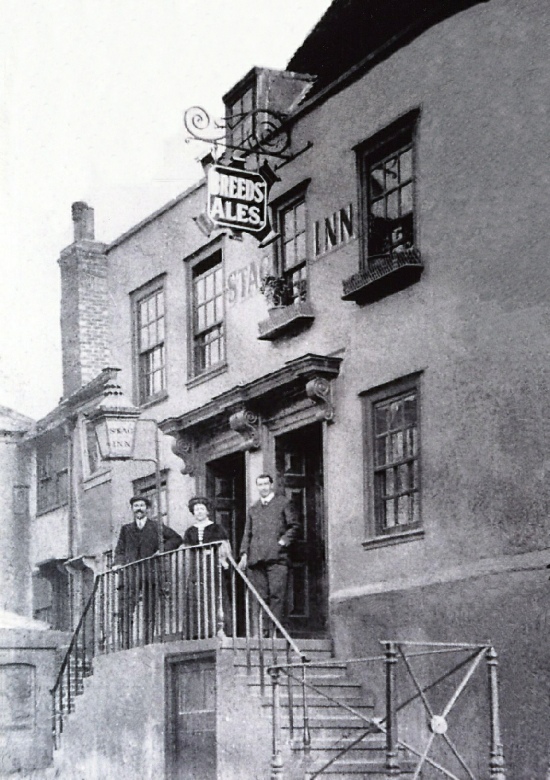 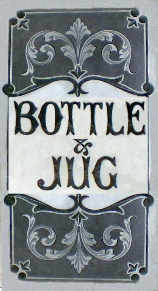 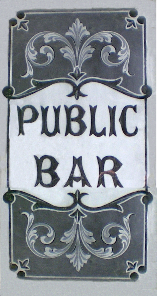 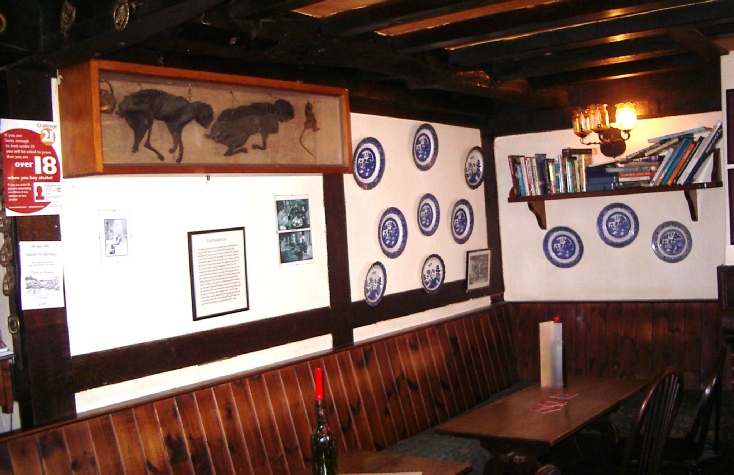 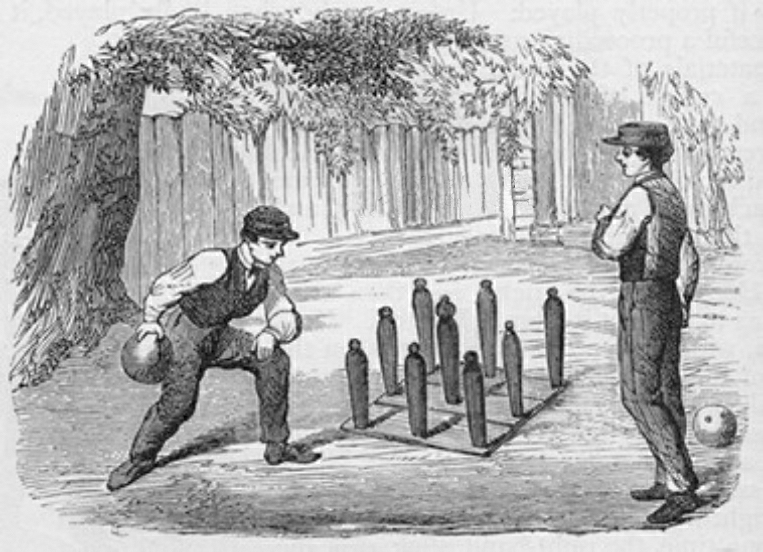 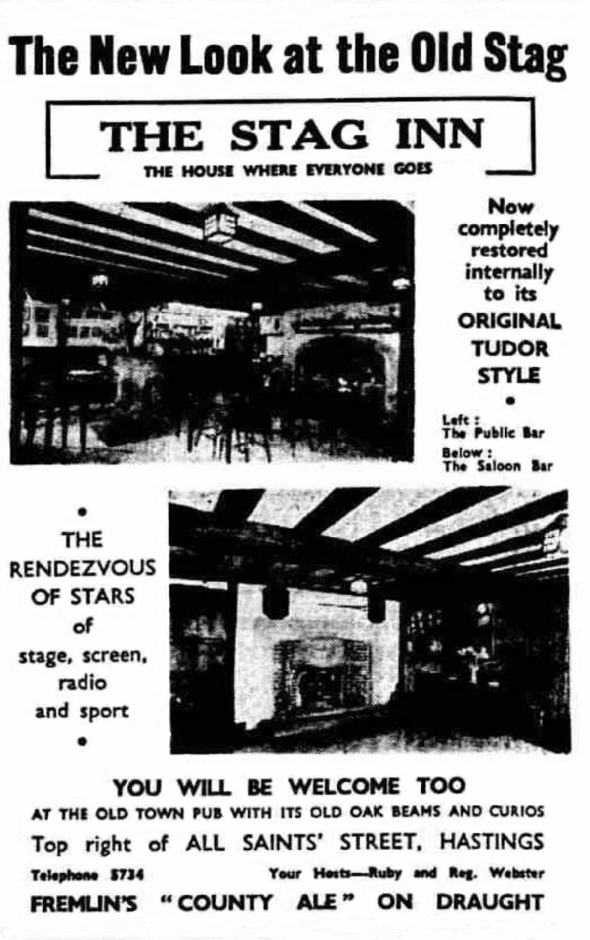 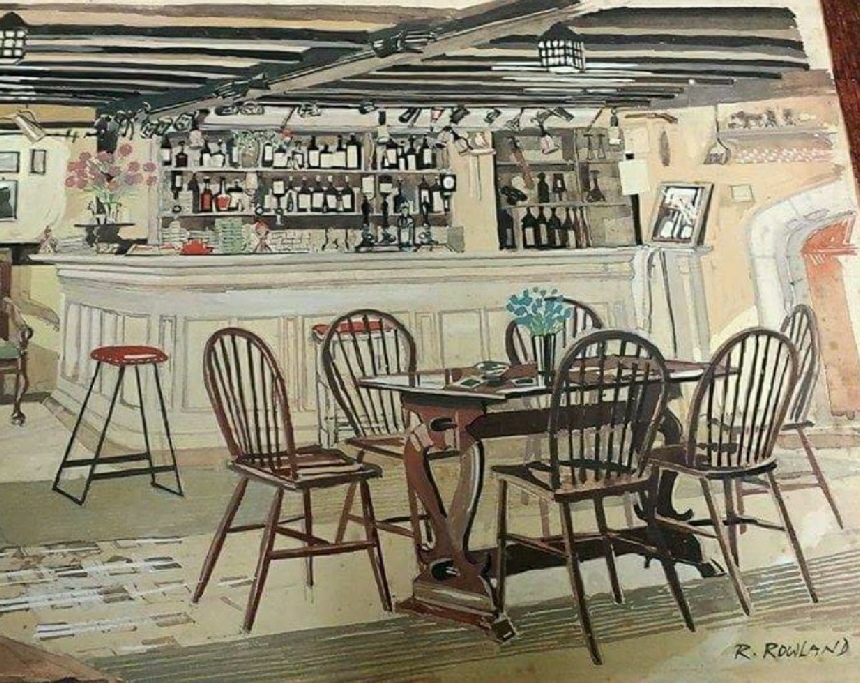 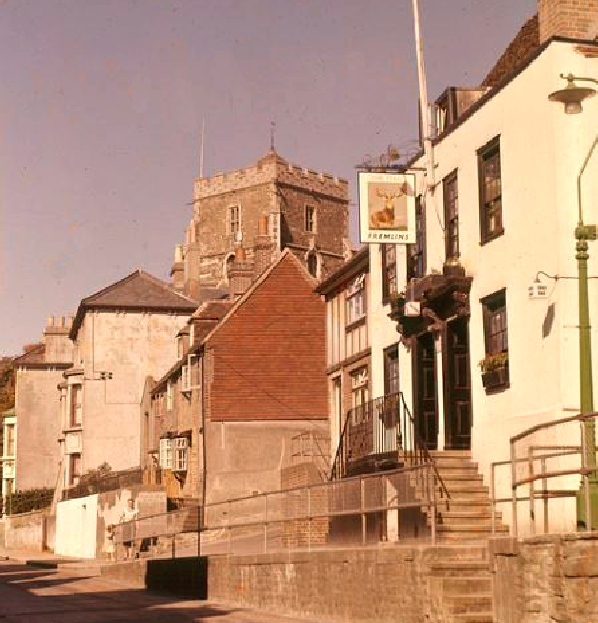 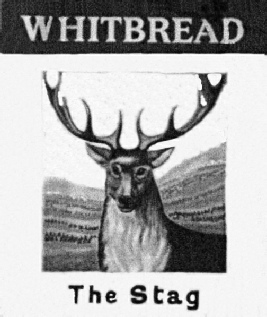 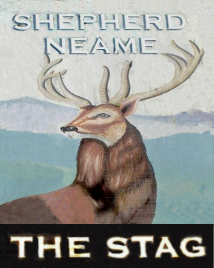 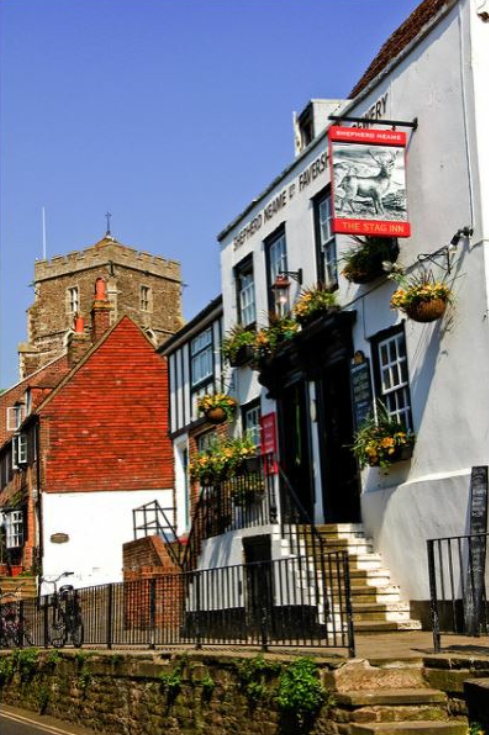 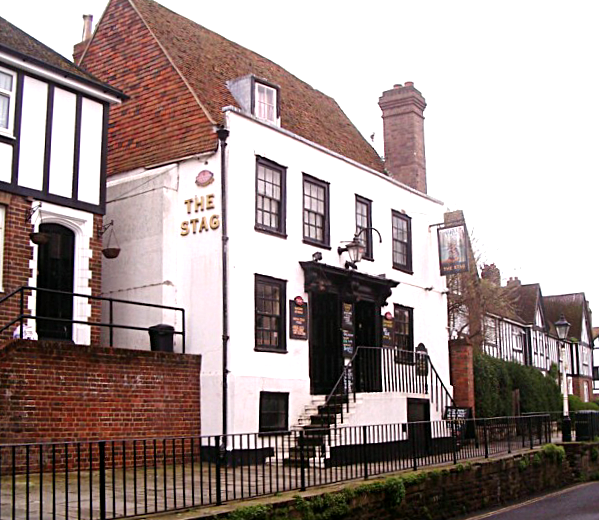 The Stag is a Grade Two Listed building dating back to the 16th century. It is on record as a beerhouse after the 1830 Beer Act and opened the Stag Benefit Society in 1835. In 1838 the Stag applied for a a full licence which indicates that it was not a fully licensed public house at that time. It may have been licensed in a previous century but there is, as yet, no evidence to support a claim that it has been a public house since 1547. The earliest deed held by the brewery is dated 1876.

A report the following year in 1877 described the Stag as: ‘An old fashioned Victorian house where plate glass, guilding and brilliant lights are unknown.’ ‘The bar is still a small compartment for serving liquor.’

The medieval atmosphere of the Stag has lent itself to the occult. On Halloween night 1982, 60 people attended a four-hour prayer meeting at All Saints’ Church, to combat ‘the occult forces of evil’ in the neighbourhood. Meanwhile, six people in fancy dress, one dressed as a werewolf, held an ‘occult convention’ at the Stag, which is just 100 yards from the church. The landlord said: ‘They weren’t going to do anything. It was a joke.’ But the prayer meeting may have influenced the fact that by the 1990s the landlord was taking no chances. He became a member of the Parochial Church Council in 1995.

The Stag was acquired by Breeds Brewery of Hastings before 1897. In 1931 it was tied to George, Beer and Rigden. In 1949 to Fremlins and in 1967 to Whitbreads. It is currently a Shepherd, Neame house.

The Stag is best known as the former residence of a witch and her two cats. A notice in the bar explains:

‘According to legend the French raids upon the towns of the Cinque Ports during the middle ages led to new methods of defence being devised, although only Hastings had a form of aerial surveillance. At Hastings a witch named Hannah Clark was employed for the purpose. Riding on her broomstick, together with her two cats, she became a familiar sight and gave advance warning of many assaults. Her cats kept the Old Town free of rats. The iniquitous Hearth Tax of 1622 brought these events to a close. The tax was collected by ruthless men who took all they could find, in lieu of cash. At the Stag, then, as now, enduring hard times, the tax collectors took everything including the gruel bubbling on the hearth. They even took Hannah’s broomstick from a ledge in the chimney where she used to sleep above the embers. In despair Hannah left Hastings in search of a new broomstick, but never returned. Her cats remained but from that day they caught no more rats. During the Great Plague of 1665 Hastings suffered like the rest of the country and it was commonly believed that cats and dogs were to blame, and so it came about that Hannah Clark’s cats were bricked into the fireplace, on the ledge where they used to sleep.’

The Stag is home to an unusual pub game called loggats which dates from the 17th century. It was reintroduced by a customer in the 1980s. The original game was played out of doors and was a variation of bowls. According to Arthur Taylor, the jack was a wheel of hardwood, nine inches in diameter and three or four inches thick. The loggats, long wooden cones about two feet long, were thrown at the jack holding the thin end. The object was to get as close to the jack as possible. In Shakespeare’s time loggats was played with bones. In Hamlet as an irreverent grave digger buries the corpse, the Prince asks Horatio, “Did these bones cost no more the breeding, but to play loggats with them?”

During the time of the Napoleonic Wars and after, England hosted many French refugees. In 1815 after the fall of Paris and the final defeat of Bonaparte large numbers of French aristocracy and priests fleeing the guillotine arrived as boat refugees along the Sussex coast. Many came ashore at Brighton, Eastbourne and elsewhere and, no doubt, Hastings. These terrified and fearful, but affluent, refugees were accompanied by servants carrying the money bags. Their wealth included gold coins which were in circulation in France before the Revolution. French refugees might have stayed in the Stag and hid their wealth beneath the floor boards. There is no evidence for this theory but it certainly happened in other pubs for example at the Lamb in Lewis where hidden gold was discovered. 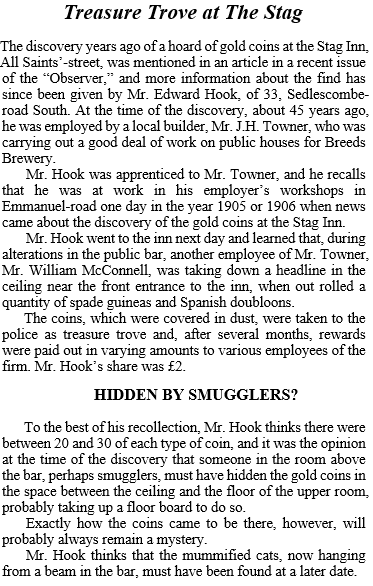