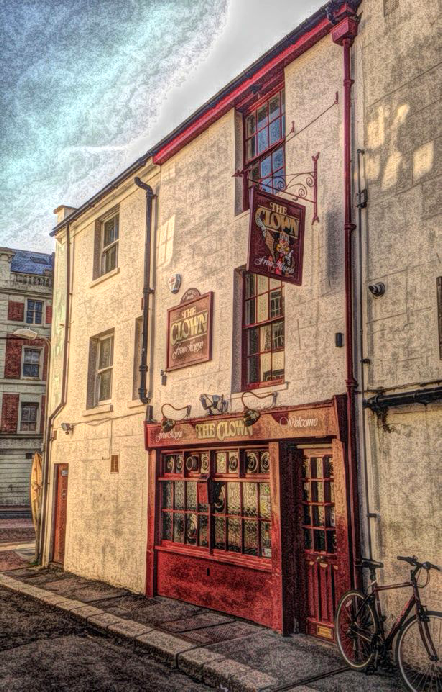 The Clown claims the title of ‘Hastings’ cosiest pub’, and it is certainly one of the smallest. It is first mentioned in the Hastings Licensees Register for 1872 after the licensing act of that year but was almost certainly in existence before that time. The landlord was then Albert McConky who also had a small shop counter on the premises.

In 1905, immediately after the 1904 Licensing Act came into force, the Clown was nominated by the chief constable, along with 24 other Hastings pubs, for closure on the grounds that it was ‘no longer required’ and should be made redundant. He claimed that ‘the premises were such that no magistrate would grant a new licence’. However, the locals who drank there attended the licensing sessions and put up a rigorous defence. One of them described it as ‘a round the corner sort of place with respectable customers’. The Clown was reprieved, but the magistrates closed down five other pubs that year and the threat never really went away.

Eight years later, in 1913, Edwin Turner, an old army man ‘invalided out after six years in the colours’, bought the business, still a simple beer house, from Smith’s Lamberhurst Brewery. It must have been a successful business, for nine years later he bought the freehold for £755, which in 2006, using the historic retail price index, was equivalent to £28,000. This made him, at that time, a rare person in Hastings, the owner of a free house.

The licence was opposed again by the chief constable in 1928, but the pub was reprieved a second time, as it was not possible to compensate a free house with money from the brewery. On examination it was found that trade was not large, but as a free house the Clown sold the ‘better beers’, where the profit margin was proportionally greater and perhaps three times that of ordinary mild ale. The Clown was basically a single bar divided into two. The Jug and Bottle (a beer takeaway) was the smallest in Hastings, measuring only 7 feet 7 inches by 4 feet 8 inches [2.3m by 1.4m]. In 1930 the licence was opposed for a third time and the pub’s regulars went back to court to protest yet again. “It’s a restful little place”, they said. “It’s a shame to take it away from us.” The Licensed Victuallers Association pointed out that the landlord had a good record. He had previously been landlord of the Black Horse, Halton and had ‘never had an upset in 15 years’. Again it stayed open.

The Clown seems to have remained open during the years of the Second World War, when it entered a team in the Observer Darts Tournament. The Clown was (and is) a working-class pub and most of its competition came from the Castle Shades, the Gaiety and the York Hotel (all now closed), the Central Hotel (now Moda, which caters for a younger customer) and the Bedford, which was bombed in 1940.

The Clown’s trade has always increased in the summer months. In the 1890s it was popular with ‘excursionists’ who travelled to Hastings by train. By the 1930s they had become ‘day trippers’, travelling to Hastings by charabanc from London. They often loaded up with crates of beer for the return journey. Cricket fans who came for the matches across the road on the Central Cricket Ground were also good customers.

After Edwin Turner’s time as owner the Clown became tied to George, Beer and Rigden and then to Fremlin’s of Maidstone. In 1949 it was granted a licence for the consumption of wine on and off the premises, ending its 77 years plus as a beer house. This was followed by a full licence in 1954. 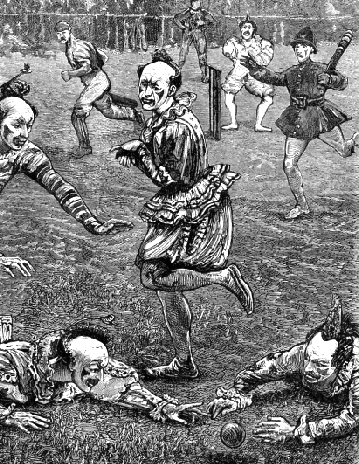 The pub name, the Clown, stems from the 1870s. During that decade cricket teams, composed of actors from the London theatres, dressed as clowns, and some genuine cricketers toured several venues in the south-east including Hastings and Lewes. Accompanied by a band these carnival occasions were frowned upon by some of the more serious cricketing fraternity and for that reason didn’t continue. However, the Clown pub was used by members of the visiting team and gained its name from them. 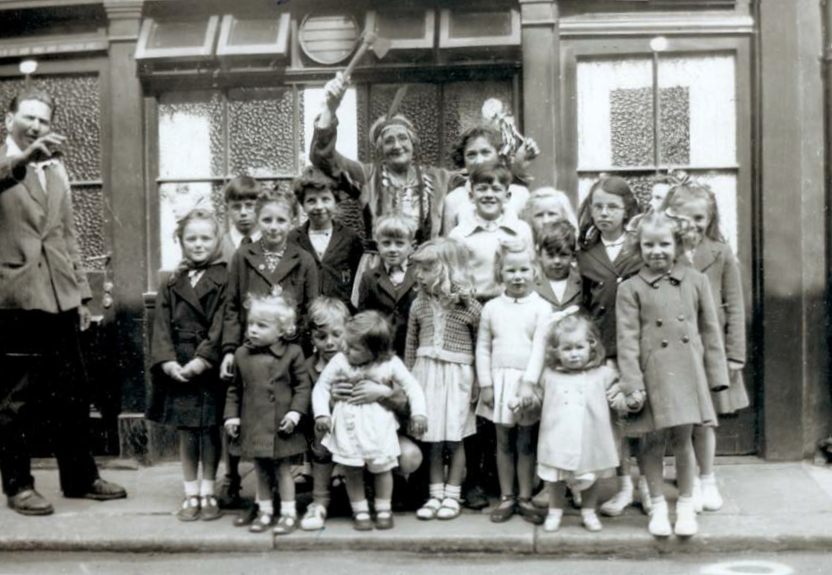 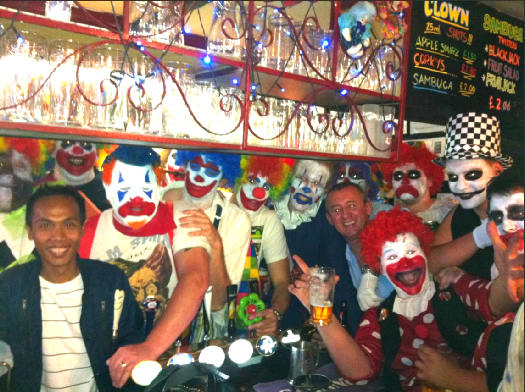 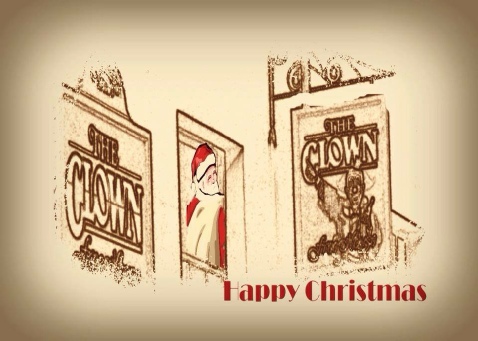 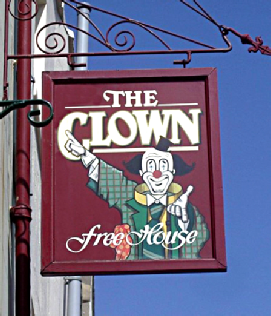 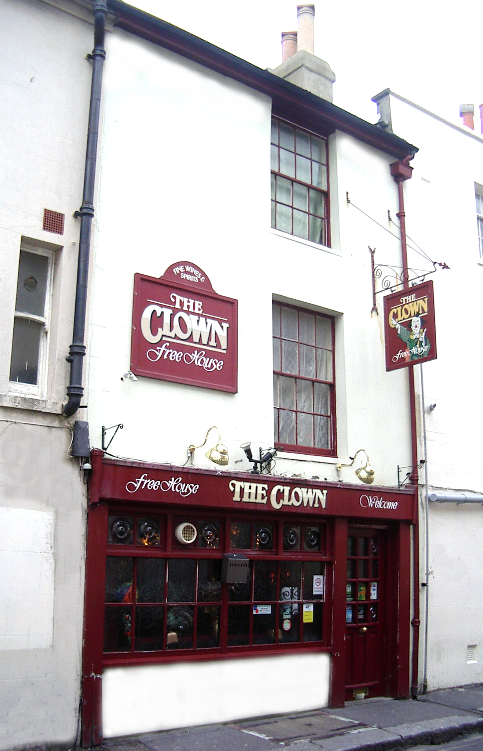 One regular in the 1990s was Roger Povey, who remembers there was much talk of a ghost at that time.  More recently another customer, Hastings resident Betty Austin, said: “The Clown always feels busy even with just a dozen or so people it feels full”. 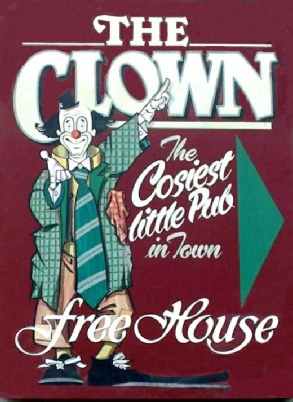 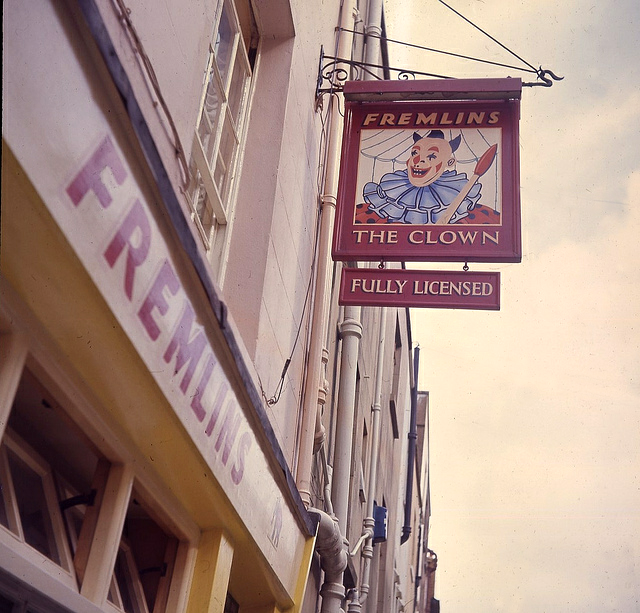