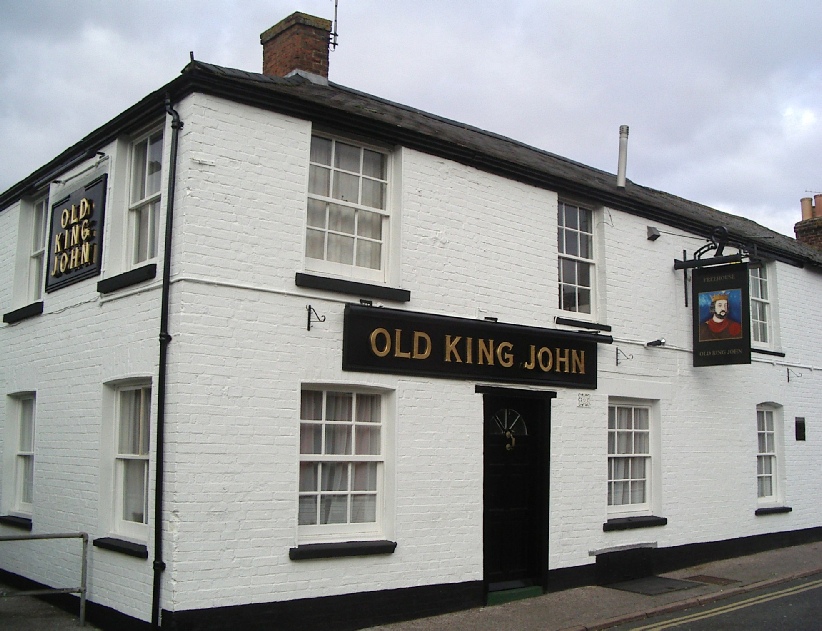 The Old King John was a beer house in the 1850s.  In 1870 the landlord, John Woodhurst, lost his licence because his house was ‘insufficiently rated’ and it closed down. He very quickly made some alterations and applied for a new licence, which was granted. Every year for the next 10 years he applied with sincerity for a full licence but was always refused, although he had been landlord of the beer house for 18 years. Eventually the licence passed to his widow, who ran the house until 1883.

In 1878 a coroner’s inquest was held in the pub into the death of a year-old baby. It was a sad case. The father was in Lewes prison and the mother, May Cornford, 22 years old, had been in an asylum for 18 months and had ‘not been able to take care of herself, much less the child’ and had not been able to look after the baby properly. The case attracted great interest in Ore, where the mother was well known. During the inquest, crowds of local people gathered in the street outside the Old King John waiting for news of the case and the verdict. May Cornford was found guilty of manslaughter and sent for trial at Lewes Assizes.

Until the late 19th century, customers drank out of glazed earthenware beer pots. These were possibly Lustreware, a traditional Sussex pottery made from the plentiful Wealden clay, or much more likely, hop pots made by a pottery in Rye and known as Ryeware. Rye is on the border of Sussex and Kent and the Old King John is just off the Hastings–Rye road.  Glazed earthenware beer pots were cheap to produce compared to pewter, which was 10 times more expensive. They went out of use with the introduction of glassware in the early 20th century.

Grace Hayward, born in 1914, lived opposite the pub in the 1920s. Her memories were recorded by the Hastings Local History Group 60 years later. Recalling her childhood when she was about 10 years old, she said: “Our family was strongly anti-alcohol. Our back gate looked out onto the Old King John and on Sundays we weren’t allowed to play outside the gate. On Sunday evening all the drinkers used to come and bring their kids and the kids were standing all round the pub and playing and having a lovely time, and we used to watch, and out would come packets of crisps and lemonade and they had lovely dresses on. We used to look on with envy because we never got crisps and lemonade. But we could not understand why our parents used to say ‘those poor deprived kids, you see they are spending all their money on booze and what will happen now is that the tallyman will be coming for the money for the clothes’. I know they were standing outside but they were having a lovely time and they used to make fun of us and we weren’t allowed to open the gate and go out. I think [our parents] thought we would be contaminated. Fumes might have leapt across the road.”

In 1962 the licensee, Mrs Minnie Tong, retired after 22 years. The magistrate who transferred the licence remarked that this was a sad but historic day as they were ‘witnessing a break of 50 years of the Tong family’s connection with the Old King John’. On clearing out the pub they found a pistol which was well over 100 years old. It had a horn handle, a barrel that was split and two incorporated blades. They also found a tiny pair of tweezers and a mould for making shot. The ownership and origins of the weapon are unknown.

The Old King John was Alan Crouch’s local in the 1960s and 1970s. He described the pub as popular and with very small bars. Because the landlady was asthmatic Alan occasionally took over the bar for her. “I remember once”, he said, “I poured a drink at 11.30 am whilst bottling up and I hadn’t finished it at two because it was so busy.” Alan also played darts for the Old King John in the Fremlin’s league in pubs around Hastings, including a memorable match against Denny Gower in the London Trader.

In 1984 this small pub was enlarged when it took over the cottage next door. 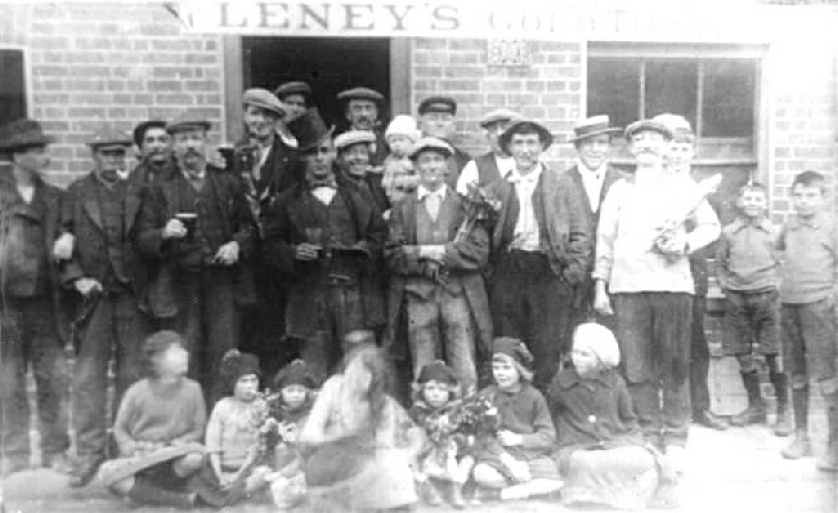 The pub name is taken from John, King of England from 1199 until his death in 1216. In popular legend he was known as the enemy of Robin Hood and is associated with the signing of the Magna Carta in 1215. Later he tried to renege on the Magna Carta but this only provoked the barons into declaring war on him. Shakespeare tells the story of his tyranny, treachery and cruelty in King John. The artist who designed the pub sign was more optimistic and portrayed him in a more pleasant light. 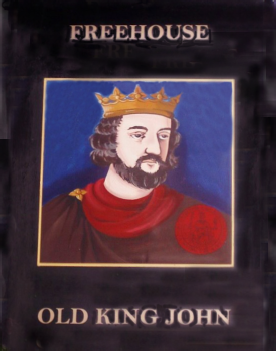