From the 1870s there were several applications for new licences for premises on the Clive Vale Estate in the north-east district of Hastings. One was for a proposed 12 bedroom hotel, ‘to be erected at the junction of Alfred Road and the Old London Road’, on a plot of land set aside for a new public house by the British Land Company. The application, opposed by the Hare and Hounds, was refused at least five times but was finally granted in 1886 to William Luck, previously landlord of the Millers Arms. The British Land Company dated back to the 1850s. Its policy was to acquire building land that could be divided into plots. Ownership of a house on one of these plots qualified men to vote, through the ‘forty-shilling freehold’.

The pub had a variety of customers in its early years. In the 1890s the Clive Vale Bicycle Club met here, as did a branch of the Equitable Friendly Society and the Ore and Clive Vale Rifle, Bowls and Quoits Club. In 1909 this club celebrated a ‘quoits handicap on the American system, on their enlarged and improved ground’ next to the pub in Alfred Road. This club was still going strong in 1920. The Clive Vale was one of the few pubs where quoits was played in Hastings, although the Edinburgh Castle on the West Hill had a quoits club, as did the Norman in St Leonards. There may have been other pub teams. Hastings Borough Council provided facilities for the game in Alexandra Park from 1911 and the current Alexandra and Clive Vale Bowls Club stems from that time. The game was played outside by throwing metal rings down a pitch at target pins embedded in the ground. 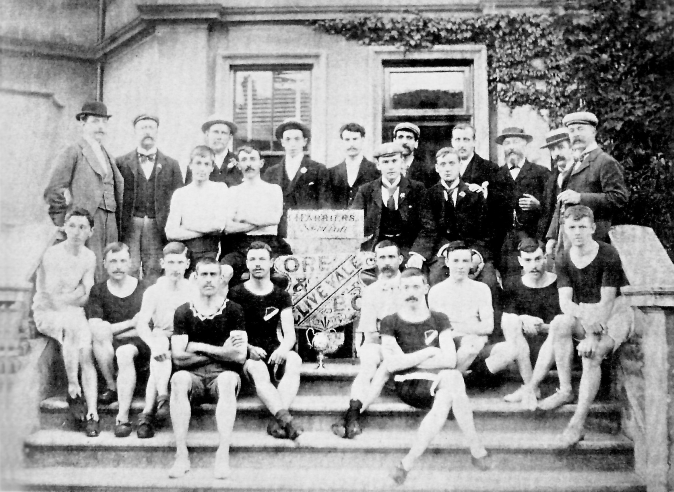 By 1915 the pub was showing middle-class credentials by hosting suppers for the All Souls Church Choir and for the local cricket club. But in the 1920s its social base began to change and by the depression of the 1930s it was a popular pub with ‘webbers’, men who drove rabbits into long webbed nets, placed at right angles along two sides of a field at night. A successful night’s webbing could produce up to 150 rabbits, which were then sold in the community and in the pub.

In an interview with Hastings Local History Group, Tom Blackman (1915–1981), an old customer, recalled: “I can remember them all that used to come here. And one pub in particular called the Clive Vale, it’s still there, but altered now, and if you went in that pub on Sunday dinner time, it’s no exaggeration, in them days there were a row of seats all the way round, and they used to sit there, and you didn’t dare put your foot under the seat, because there’d be about 20 dogs lying under there. And there’d be rabbits and everything else in that pub. And them dogs the breeding wasn’t worth four pence as the saying is but them dogs was worth their weight in gold … they’d watch one hole for you and if the rabbit came out they’d grab it, and if the ferret come out they’d squeak and tell you the ferret was out.” He continued, “They weren’t actual poachers because poaching is when you take game. It was quite an honourable profession in them days … you never looked down on a rabbit catcher. If you got caught the charge was: ‘trespassing in search of conies’. It was just a way of life: they lived rabbits, talked rabbits and hunted rabbits. Things were so hard that a few rabbits meant everything … And they say the good old days!” 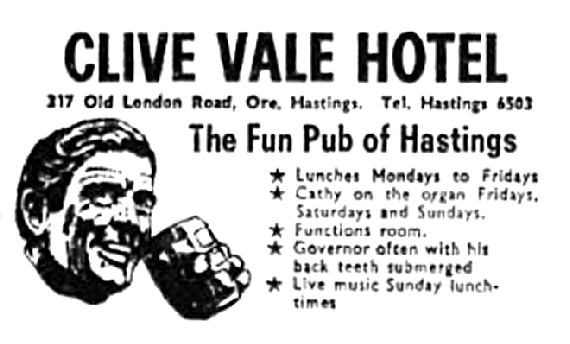 In 1987 the pub changed its name to Brunel’s and in an advert, a piece of pure marketing hype, the Clive Vale gave itself some false history:

Originally named the Railway, this pub was designed by Isambard Kingdom Brunel in 1886 as a small hotel outside the proposed site of Ore railway station. In the event the railway engineers couldn’t blast through the rock and Ore Station was resited where it is today. It was renamed the Clive Vale Hotel. [Hastings & St Leonards Observer 3-12-1987]

The fallacy of this statement is self-evident. Firstly, engineers wouldn’t build a railway uphill when they could follow the Ore Valley and secondly, the local rock is Hastings sandstone. Furthermore, the pub was never known as the Railway and Brunel (England’s most prolific railway engineer) had nothing to do with the Clive Vale Hotel, Ore railway station or the South Eastern Railway. The idea comes from a mistaken belief in the Ore community, that the Clive Vale Hotel was a folly erected in anticipation of Ore railway station being built nearby. The fact that Francis Thompson, an architect who worked for Brunel, lived in Alfred Road in the early 1900s, most probably influenced this idea.

The name Brunel’s lasted only 12 months before it was renamed again as the New Clive Vale, in 1988. But after an active century the Clive Vale closed soon after. 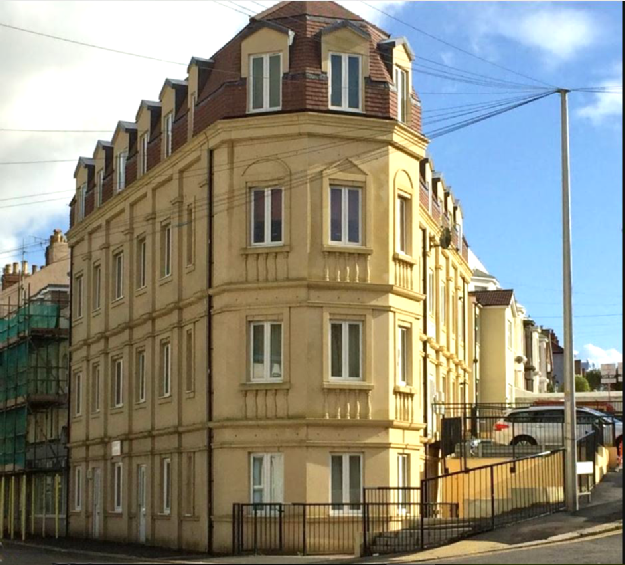 Site of the Clive Vale Hotel 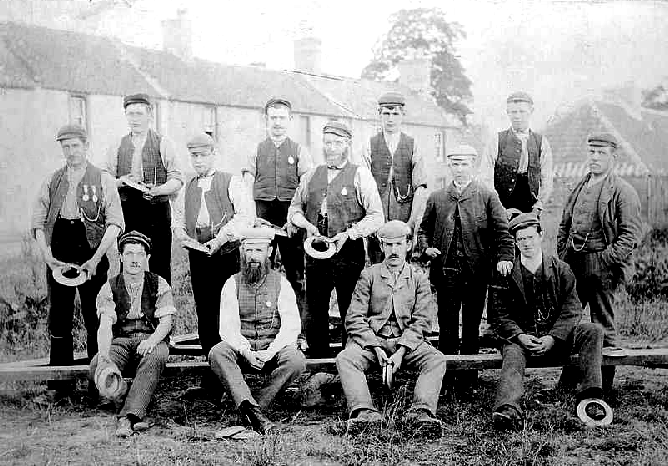 A typical quoits team of the 1890s 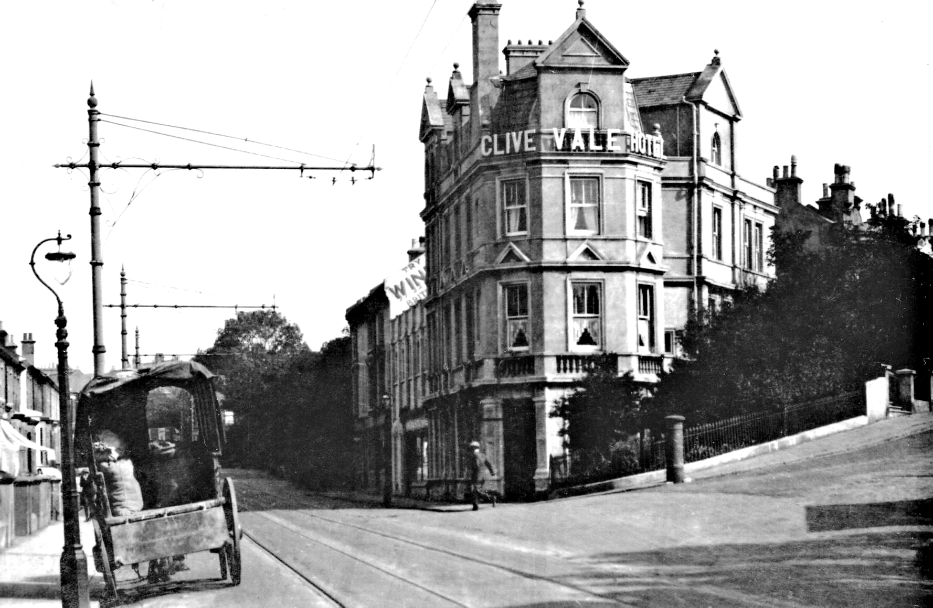