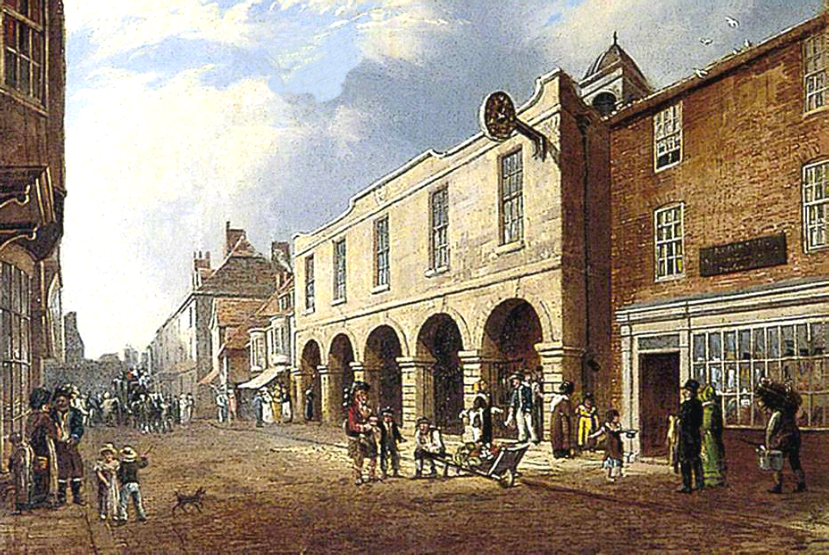 High Street 1821. The first building on the right is the site of the Bell and the Jenny Lind   WG Moss

The Jenny Lind opened in 1851. It stands on the site of the Bell, an old Hastings Inn dating back to the Reformation of 1600, and a close neighbour of St Clement’s church. As with all churches in the 16th century St Clement’s  was a hive of community activity. Pageants, processions, theatre, harvest dinners, dancing, music, games and brewing of Church Ales, Bid Ales and Scott Ales all took place within the church precincts. But under pressure from the Protestant Ascendancy these activities were banned from the church. As a result inns and alehouses flourished as they inherited and took over these former church activities.

In 1666 when we were at war with the Dutch, John Sargent, landlord of ‘The Bell’ tavern, appeared at the court of sessions to explain recent happenings there. A privateer had come into the roads and the captain and crew were refreshing themselves in his house. In the course of conversation, held incidentally in the inn kitchen the captain asked why the town’s guns had fired at him and said that with 40 musketeers he could surprise the town. Sargent was indignant at this slur on Hastings and stoutly defended it. Whereupon the officer attacked him and a brawl ensued, and the ship’s doctor ‘with his naked sword’ had chased one Richard Thresher, who went in search of assistance from the neighbours. In the flurry he struck a poor rippier, who was passing on the beach, and severely wounded him in the head, In his evidence the captain gave his version of the affair which, needless to say, was entirely different. According to him, Sargent and Thresher gave him ‘vile and unsemlie termes, slighting and undervaluing him to his much disceragment’ and thus started it all. But he added that afterwards they ‘drank friendlie together’.

There was no continuous licensing from the time of the Bell to the Jenny Lind but instead a gap of perhaps 200 years and by the late 18th century a tailors shop was located here. From 1850 until 1898 the Jenny Lind was a free house until the freehold was purchased by Watneys. Then, just before the First World War, the police opposed the licence. However, not enough money was available for the compensation payment and they withdrew. 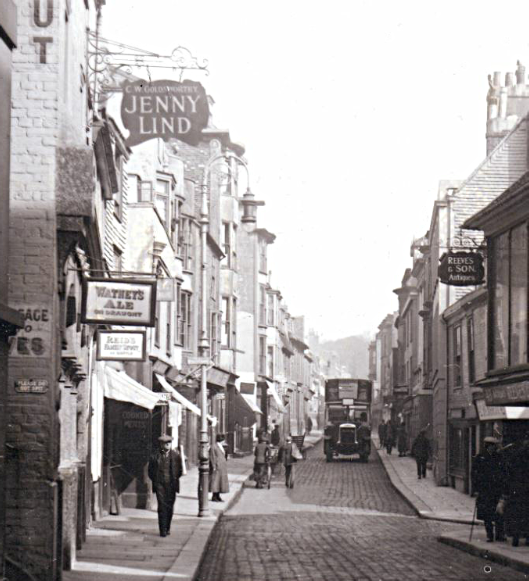 In 1932 the police opposed the Jenny Lind licence again because of  ‘poor sanitation’. Watney’s agreed  to make improvements and acquired an adjacent house allowing them to enlarge the building to the size it is today. Consequently the Jenny Lind was reprieved.

During these alterations some old woodwork originally belonging to St Clement’s Church was discovered embedded in the walls revealing a further link between the church and the pub. A church spokesman reported that: “The various pieces of oak formed part of the ancient rood screen of the church, which was probably taken down during the Commonwealth (1649). The larger pieces can still be seen in the roof of the south aisle, where they were used to repair the damage caused by the attack of a hostile fleet in 1652. The smaller pieces were for the most part destroyed, but some were preserved by being built into the wall of a house facing the north-east corner of the church. The main beam that spanned an aisle or the nave, the lintel of the central arch, three pieces of arcading and several uprights, were discovered; and the smaller pieces were handed over to the Parochial Church Council for preservation by the owners of the house.”

On the outbreak of the Second World War and with the evacuation of the town during the Battle of Britain, the Jenny Lind closed and in 1941 its licence was transferred to the brewers. In 1943 it was badly bombed and after the war it had to be demolished and completely rebuilt. The interior of the back bar was restored with old timbers and the pub re-opened in 1951, a century after it first opened in 1851.

In 1957 retired boxer Don Cockell became landlord. He is  remembered for his famous fight with Rocky Marciano for the world title in 1955. However, he didn’t stay long and in May 1959 he gave up the licence to become a blacksmith. 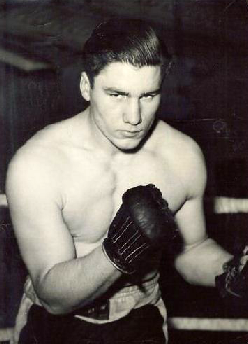 In 1980 landlord Graham Browne had to argue to get his licence. He had previously been the licensee of Tumbledown Dicks in Farnborough, described as one of the toughest pubs in Britain and a favourite of military personnel returning from overseas duty. But by 1982 he was struggling. “There are too many pubs in this small area”, he complained. “I would close down if I could get a satisfactory settlement. We have lost money this year.”  But within 10 years the local economy had improved and with it the Jenny Lind’s fortunes.

In August 1990 the pub changed its name to the Penny Farthing. The ground floor windows, etched with silhouettes of Jenny Lind holding a nightingale and the carriage lamps at the front, were removed. However the name of Penny Farthing lasted for only a short time before reverting back to the Jenny Lind. 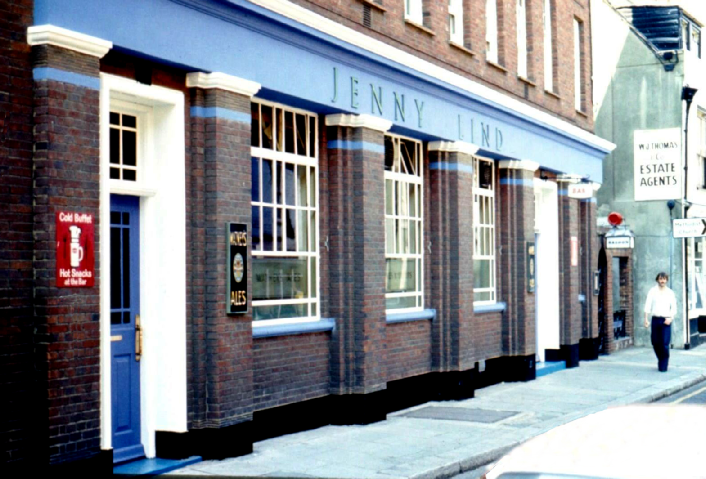 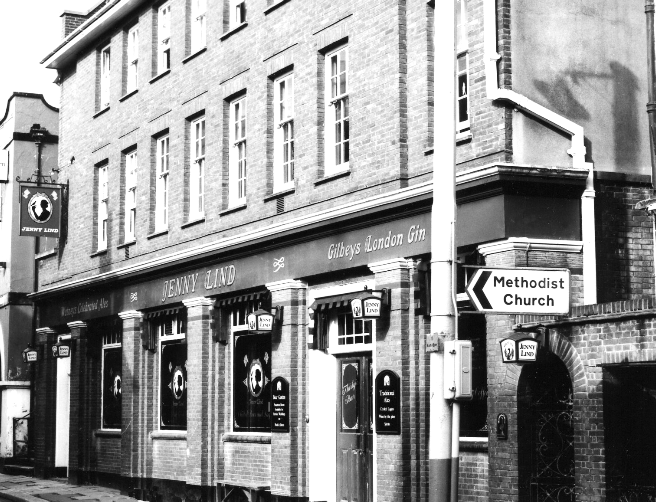 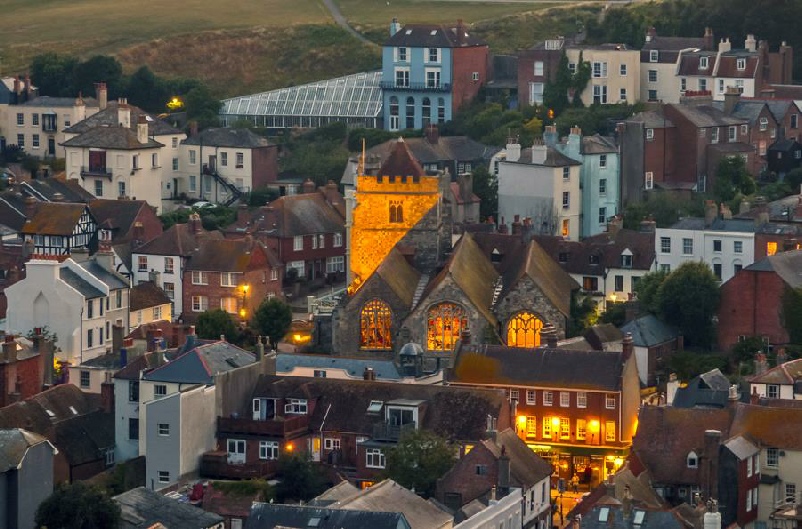 An Old Town landscape at night, showing the proximity of St Clements and the Jenny Lind 2017 Brian Bailey 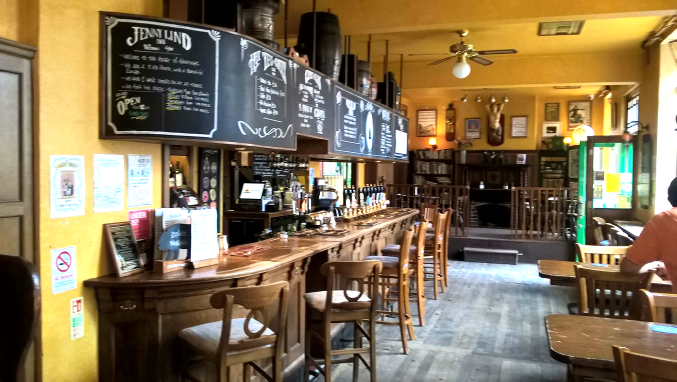 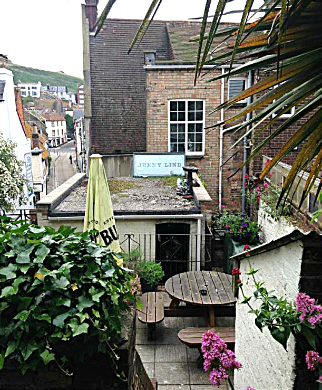 She is remembered by a memorial in Westminster Abbey. A district of Glasgow and an island in Canada are named after her. The Brighton and South Coast Railway opened in 1846 and the first steam locomotives were named ‘Jenny Lind’ or ’Jennies’. Ships, hospital wards, schools, streets, theatres and the gold rush town of ‘Jenny Lind’ in California all carry her name. She is commemorated also on the 50 krona Swedish bank note and by this popular Hastings pub which opened during her extraordinary concert tour.

Royalty apart, there are few women in pub names but the Jenny Lind is an exception. By the mid-19th century Jenny Lind had become world famous as a soprano, performing in operas such as Amina in Sonnambula (‘the sleepwalker’) and as Lucia in Lucia di Lammermoor. Known as the ‘Swedish Nightingale’ she was hugely successful in Europe and toured America from 1850 –1852. 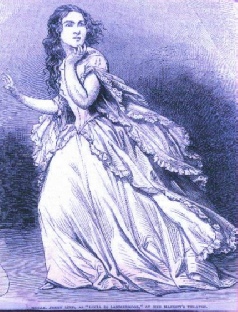 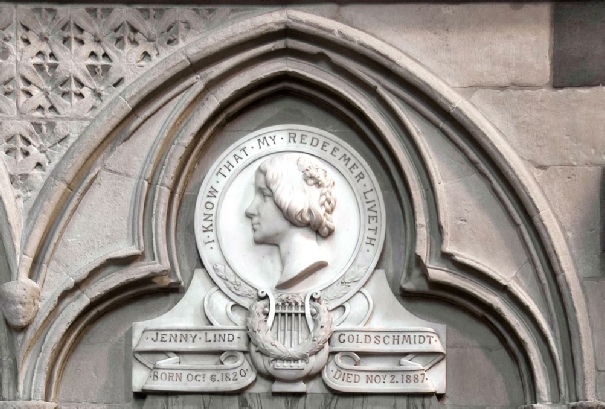 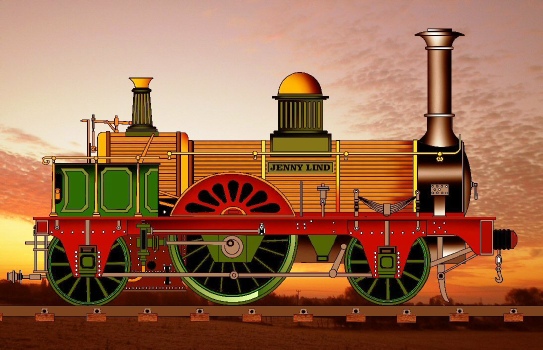 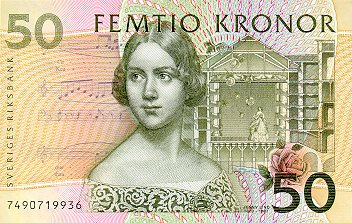 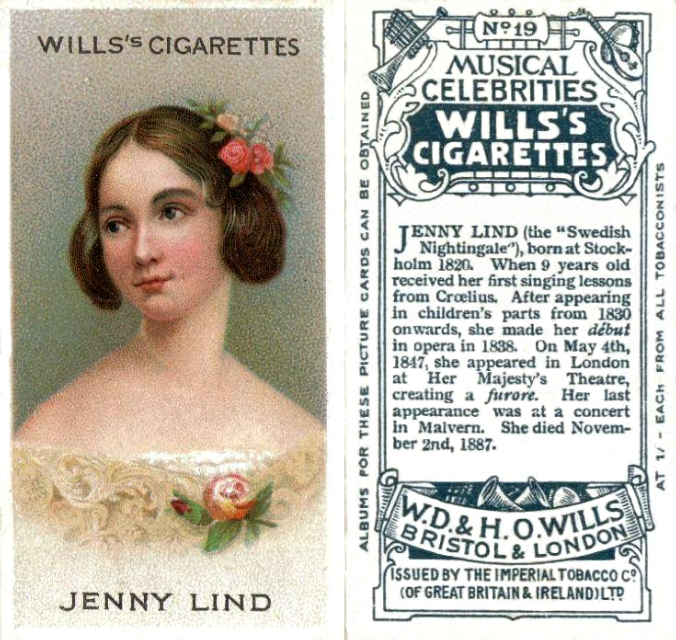 In recent years it has been claimed that Jenny Lind was a local resident. A previous landlord claimed she spent her retirement in Ore and suggested that she lived in Bohemia and sang in St Clement’s. However, these claims lack evidence. The nearest she got to Hastings was Brighton where she appeared in a series of concerts in 1856.

The pub sign is the only sign in Hastings made of stained glass and matches a stained glass window on the staircase. The ancient footpath on the south of the building has linked the pub and previous buildings to the church for centuries. 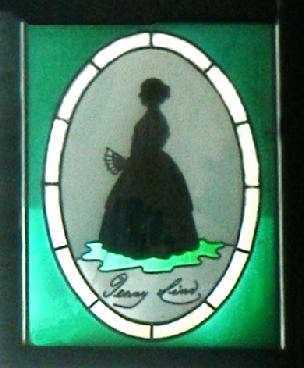 Many a parish church had a Church House on its boundary but outside its sanctity, where these activities continued. Over time many Church Houses became licensed premises and the Bell, linked to the church by an old public footpath and located on the churchyard boundary  began as a Church House belonging to St Clements. According to custom, vestry meetings were held in the church to decide parochial matters, and then adjourned to the pub. 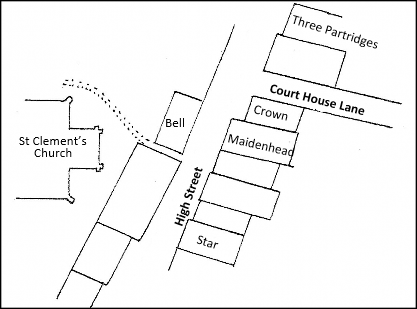 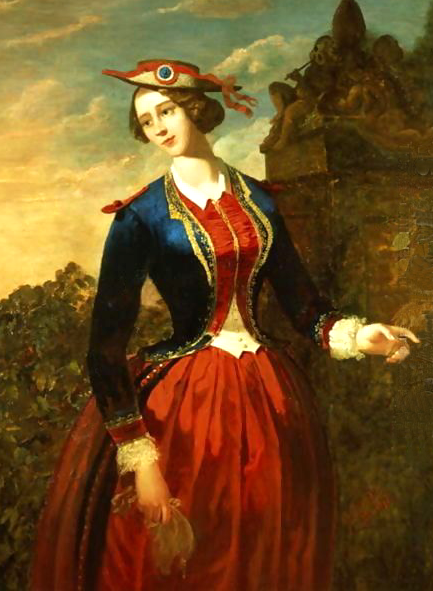