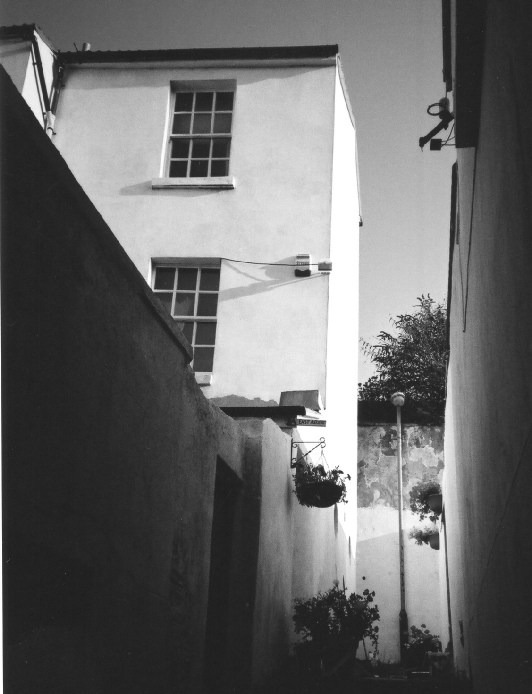 The Anchor Inn, a ‘lost pub’ of St Leonards, was located in a passage or twitten off East Ascent. [Twitten is a Sussex term for a narrow passage or alleyway.] The passage, Anchor Passage, led into St Leonards Mews – later Royal Victoria Mews and later still Victoria Dwellings – where coach houses, stables and coachmen’s cottages were located. This beerhouse opened in about 1833, to cater for this small residential and working community.

It had an anchor above the door, a ‘fouled anchor’ with a rope curled round it. Decimus Burton incorporated the sign of the anchor into the Burton family arms in 1902 and later it became the coat of arms of St Leonards itself. Other versions of the St Leonards’ anchor can be seen on the Clock House, St Leonards Gardens, above the arch of North Lodge and on an old cast iron boundary marker.

In its early years the Anchor was not fully licensed and remained a simple beerhouse. This was due to James Burton promising Steven Milstead, landlord of the nearby Horse and Groom in Mercatoria, that there would be no fully licensed public house between the Horse and Groom and the St Leonards Hotel Tap (now the Royal Victoria Hotel). However, this agreement lasted only a few years.

In the 1830s the bulk of the population was illiterate and newspapers were highly taxed to prevent poorer people having access to them. The Anchor, the Horse and Groom, the Tivoli Tavern and other local public houses had ‘news rooms’ where they employed ‘Sunday readers’ to recite the newspapers to the assembled customers. Amateur politicians, dubbed ‘warm politicians’ would gather to listen, argue and criticise issues of local and national government.

A local schoolteacher was Sunday reader at the Anchor Inn for many years, a practice that stayed until the tax on newspapers was removed in 1855. Also a Mechanics’ Institute, where newspapers were available, was established in the 1850s. These were exciting years and, although it might not seem much to us now, one of the major issues up for discussion was the 1832 Reform Act, which gave the vote to men who owned or leased land worth £10 or more. This was the start of popular suffrage and the right to vote, which was celebrated by thousands of people in Hastings with bonfires on the beach and overflowing pubs. For many years after 1832 the Anchor celebrated the anniversary of the Reform Act on ‘the glorious first of June’.

One landlord in the 1850s was under the impression that he could serve his friends when he wished. On more than one occasion drinkers, cautioned by the police after hours, claimed they were only there as friends of the landlord. During one case the clerk of the court asked a customer: “How do you address your friends in the Anchor?” “Good morning. I want a pint of Porter.” [Laughter]

In 1869, landlord Thomas Vido was fined for allowing gambling on the premises. Ostlers who worked in the stables in Mews Road looking after the horses for the coaches of the nearby Victoria Hotel, were among the customers who played cards for money. This sometimes got out of hand and led to cheating and argument.

In its final years the Anchor was tied to the Blyth Brewery (later Ind Coope) for draught beer, but was a free house for bottles and spirits. Tom Wells was landlord for 25 years but, it was said, he died penniless, totally impoverished and destitute. The Anchor started to lose trade around 1900 and the police complained it was difficult to supervise the pub through the twitten. From 1900 it had at least five different landlords before being forced to close by the licensing magistrates in 1905, using their new powers under the Act of 1904.

Other Hastings’ pubs in twittens included the Duke of Cornwall in Post Office Passage, the Prince of Wales in Waterloo Passage and almost certainly the  Robin Hood in North Passage, North Street. The Anchor was one of the first pubs in Hastings to be declared redundant along with four other lost pubs: the Hastings Castle, the Eagle Tavern, the Warrior’s Arms and the Free Trader.

The second pub in this chapter, the Coach and Horses, opened  in 1846. A large number of shopkeepers and tradesmen of St Leonards attended its inauguration dinner in a large attached room. The first landlord, William Birch, was described ‘as a man of considerable energy and genial disposition’ who, among other things, kept the keys of the St Leonards Fire Engine House and owned several pleasure boats on the beach. 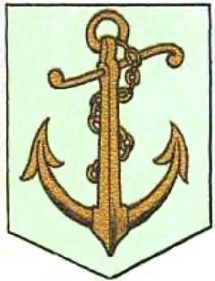 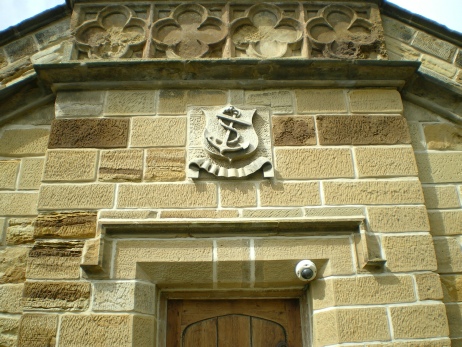 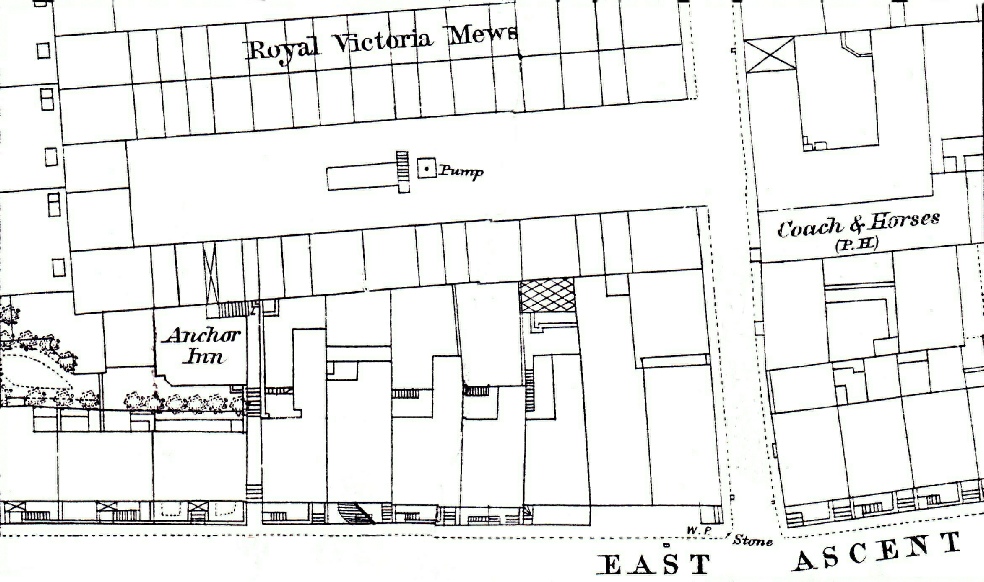 The first landlord, William Birch, was described ‘as a man of considerable energy and genial disposition’ who, among other things, kept the keys of the St Leonards Fire Engine House and owned several pleasure boats on the beach.

The Coach and Horses was the starting point of the St Leonards Bonfire Boys procession on the 5th November 1891, and probably in other years. At the end of an evening customers were driven home by a boy in a donkey or mule chaise rather than walk.

Marjorie Martin, born in 1907, lived in Victoria Dwellings opposite (demolished in the 1960s) and remembered her parents and other residents buying jugs of beer from the Coach and Horses in the inter-war years.

Michael Rose, born in 1932, also lived in Victoria Dwellings. He said: “My dad usually drank in the Kicking Donkey but on Sunday lunchtimes he used the Coach and Horses. When lunch was ready my mother would send me across the road to fetch him. As you went into the pub there was a door on the right hand side leading into the public bar, which was the size of a small living room about 12 foot x 14 foot [3.66m x 4.27m]. Further along the passageway there was a small snug bar and then stairs up into the landlord’s accommodation.The shovepenny board was located just inside the door of the public bar. I used to sit on the step with a glass of lemonade and watch my father playing shovepenny with his mates.

“After the war it provided bed and breakfast. In about 1946–7, I remember some American tourists staying there for a few days. They arrived on a ‘Red Indian’ motorbike decked out in leather tassels, which was an attraction to the local children.”

In 1950 the landlord, 72-year old Robert Thompson, attended the licensing session which wanted to close his pub. The police had visited the pub seven times and found the average number of customers was 2.1. The landlord said he had evacuated early in the war when he only had five customers aged between 78 and 95. He returned in 1942 and could open only one day a week. Air raids affected the evening trade.

There were garages, workshops, builders and bakers nearby, which all provided customers, and there were visitors in summer. The house was built into sandstone and it was claimed that beer kept in the cellar was always 65 degrees. People used to come up from the beach for beer and sandwiches but he had ‘lost his catering licence’.

Bad trade was due to a shortage of money and the price of beer. The brewers said he was a victim of circumstances with ill health, tax, low-income groups and evacuation during the Battle of Britain. The Coach and Horses was his home, business and livelihood. There was not much else in the poor districts of Hastings and St Leonards. Was the town to have only ‘swell pubs’? Sadly it was declared redundant and closed in 1950, just over a century old. 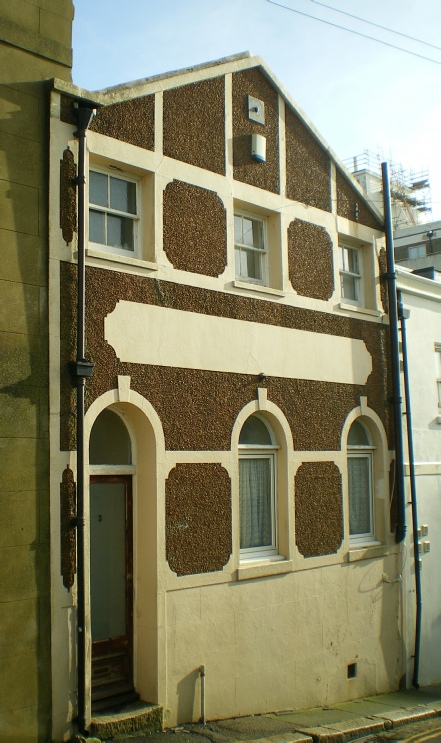