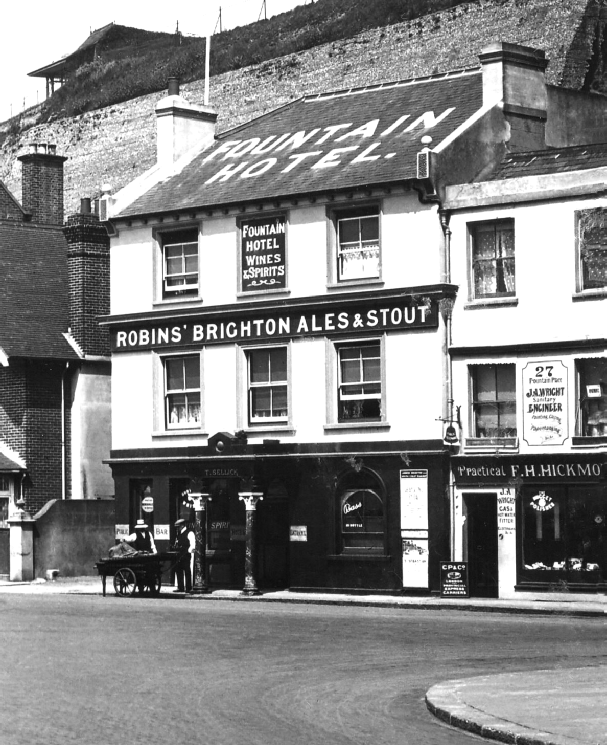 The pub was built in 1837 by a blacksmith called Stanton Noakes, and is listed in the 1841 census. At that time, the area to the north was farmland and most customers were farmers and farm workers. Trade was boosted in the 1840s when large numbers of railway navvies arrived to build the railway from West St Leonards to Hastings, and to dig out the tunnel in the cliffs behind. In January 1845 a dinner was held to celebrate the arrival of the railway and the opening of the new West St Leonards station. The 1851 census indicates the hard life of the landlord and landlady. Not only did they run the pub, they also had 10 children and 13 navvies as lodgers, with only one live-in servant.

The cliffs behind the pub have often been a problem. In 1850 a horse belonging to a railway contractor fell over the cliff and was so badly injured it had to be put down. In 1860 20 tons [20,321kg] of earth and rock fell onto a stable at the back of the pub, tragically killing John Barker, a homeless man who was living there. Some other customers actually lived in the cliffs. In the 1850s William Smith and his family had a cave with all ‘mod cons’ including a stable, a kitchen and a chicken house. For insurance purposes the cliffs are now bricked over down to the level of the pub garden.

After the railway navvies came the hop pickers. In October 1864  the Hastings Chronicle reported that ‘large numbers of Irish hop pickers’ had arrived in the countryside around Hastings and were lodging in the pub. At the end of the season, some of them stayed on to work on the new drainage system being built for St Leonards.At about this time the pub was tied to the Alfred Langford Brewery of Lewes. When the brewery became bankrupt in the 1860s the Fountain was sold and its fixtures and fittings were valued at a paltry £75, a very low figure.

But a decade later its trade was boosted by London horse dealers who  attended sales at the nearby Caves Road Stables and Auction House. In the 1870s London dealers paid high prices for local horses. In one auction four horses fetched 333 guineas [£350] and the best of the four, ‘a fine brown cob mare’, fetched 140 guineas [£147]. Carriages were sold at the same time and the auction was reported as ‘one of the most successful horse sales in the borough’. 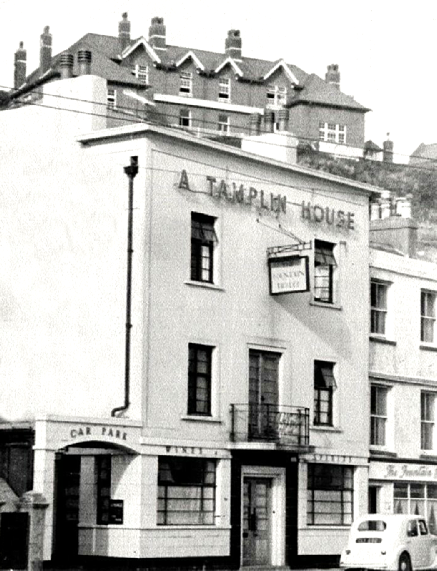 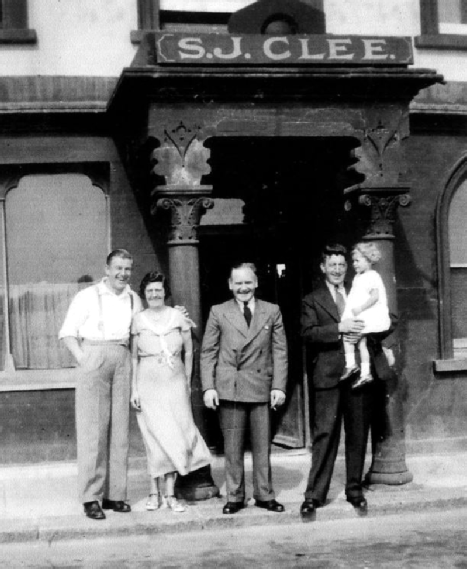 “In other pubs, drinkers you might think are bikers only dress that way. A lot of them don’t even have bikes. We call them plastic, superficial. I’ll give you an example. Some years ago I worked in an abattoir and a character known as Mad Dog Dan asked me for a pair of cow horns to attach to his crash helmet. He and his mates would go drinking, wearing cow horns on their helmets and beer mats sewn into their jeans. But the point is they don’t ride bikes, they are just people who like to dress up. Why? Because this is Hastings and we’re all a bit mad.

“Genuine bikers in the patch clubs, including the Chopper club and the Nomads among others, are regulars at the Fountain on music nights and at weekends when we drink beer. Other nights we go on ride-outs to places like Box Hill, Newhaven or Rye. The Six Bells at Chiddingly is a favourite ride-out. On these nights we only drink Coke. That’s why it’s expensive. They wouldn’t make any money out of us otherwise. On May Day when Hastings is full of bikers who come in on the Hastings run, my girl friend and I, and other bikers, drink in the London Trader and the Cutter.”

Coach outing from the Marina Fountain 1954 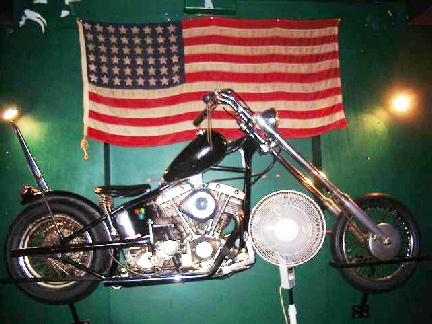 Harley Davidson that hung on the wall in the pub  Russell 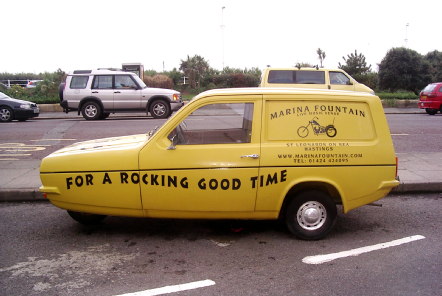 Parked outside to advertise the pub  Russell

Marina Fountain and bricked up caves 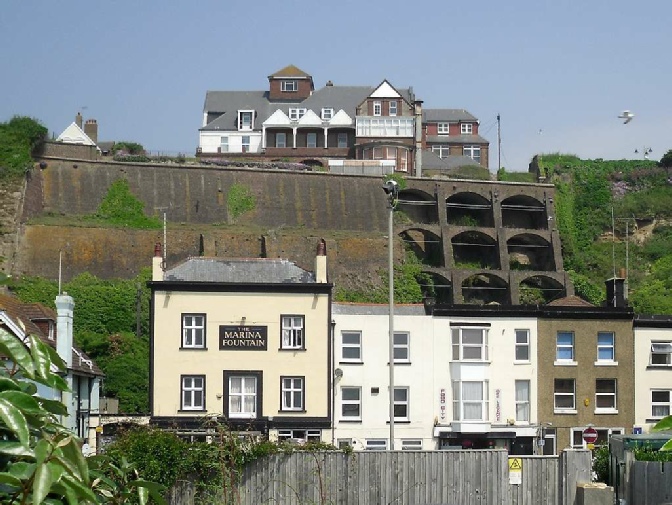 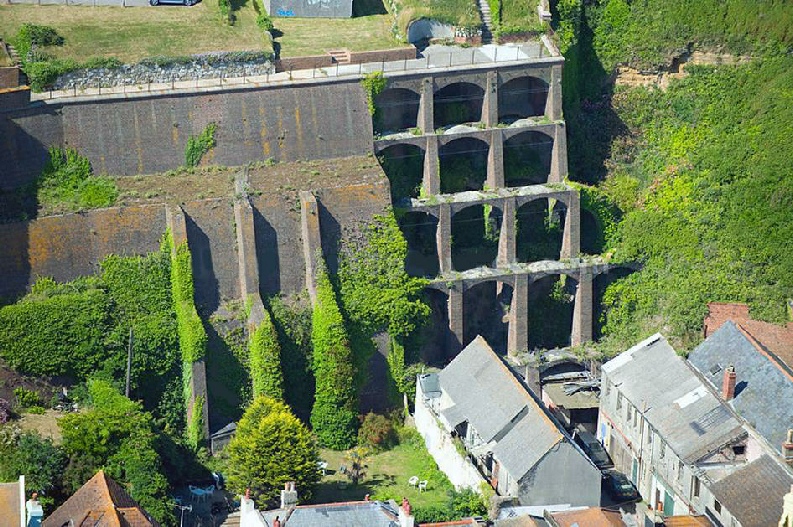 Marina Fountain garden at the bottom of the cliff

In 2017 the pub was refurbished and its time as a bikers rendezvous came to an end. Its name was extended to Beasties Music Bar and Restaurant at the Marina Fountain. The Harley Davidson was removed and waitresses served pizza, burgers and beer. Less than two years later, new licensees have dropped the name Beasties Bar. 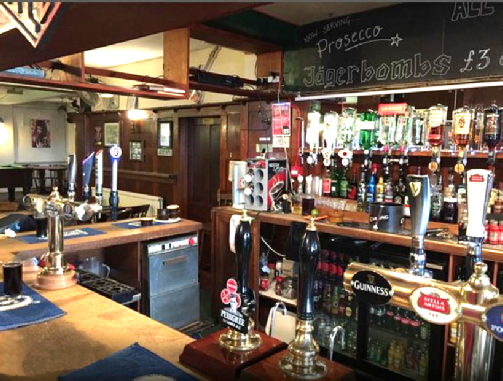 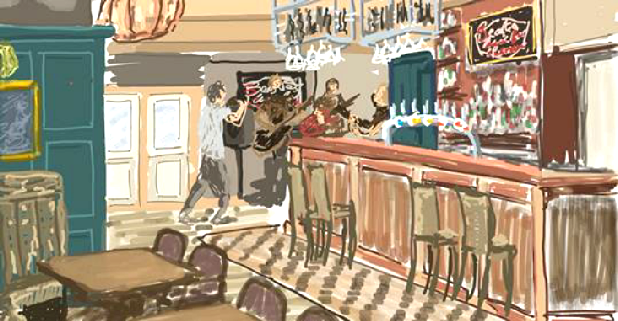 In 1996 the Fountain was renamed the Marina Fountain when the second pub in this chapter, the Marina, at the other end of Caves Road, closed after 144 years. The Marina is remembered for its Tontine Club, for the crumbling cliffs (again) and for its opposition to the Temperance lobby before the war.

In the 1920s Landlady Ada Bell was secretary of the Women’s Auxiliary League (the women’s section of the License Victuallers Association) an organisation set up to oppose the ‘pussyfoots, killjoys and fanatics’ of the temperance lobby. She was apparently an excellent speaker.

The Marina Inn ran a slate club but was also the home of a tontine club, a type of savings club with a fixed number of members who each received an annuity at Christmas. The tontine operated for several years and was run by a secretary who collected members’ weekly subs and kept an account. The money was then banked with the brewers, who took charge of it as an investment. The size of the annuity paid out increased as the number of members decreased through death. The remaining capital was ‘scooped’ by the last living member. The only other tontine club in Hastings was at the Hare and Hounds.

In 1939 just before the outbreak of war, excessive rain led to a collapse of the cliffs, and boulders and earth crashed down against the pub in a landslide. “We used to have eight to 10 cars outside at weekends. Now you cannot find one. The ladies are nervous of coming”, said the landlord. Cliff falls remained a serious problem particularly in the 1970s and for insurance reasons the pub was forced to close in  1996. 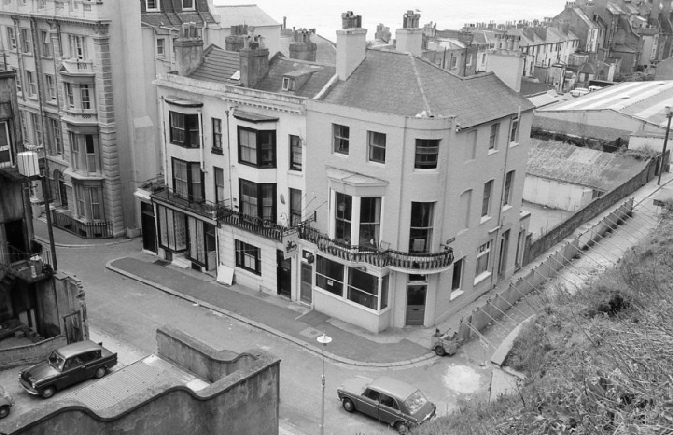 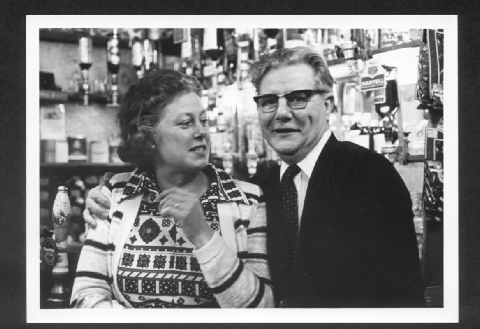 Go back to Home Page 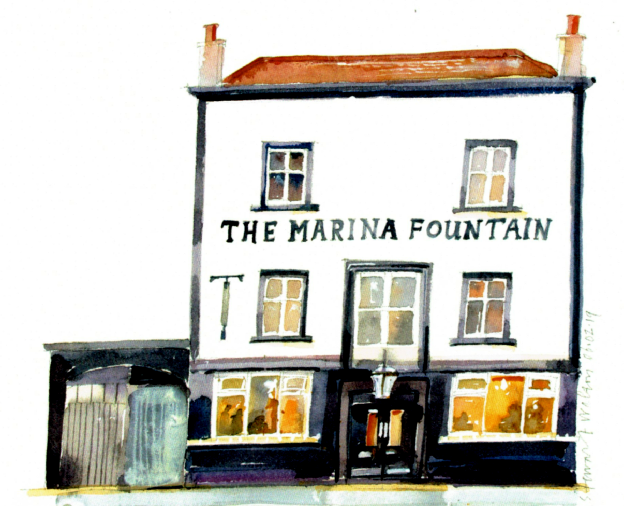 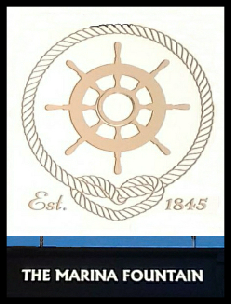 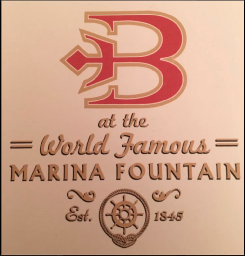 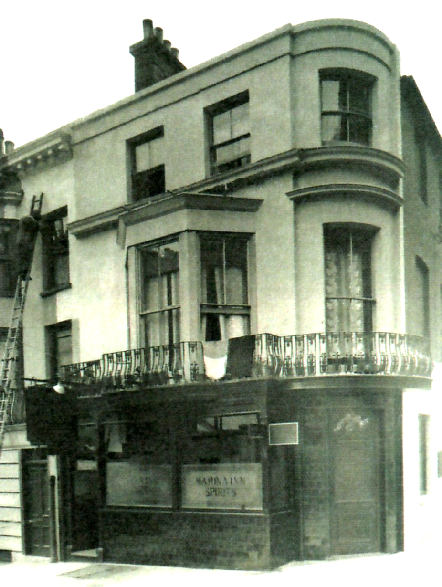 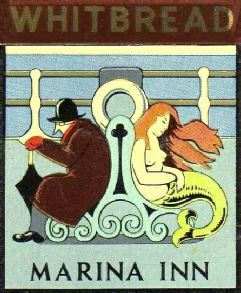 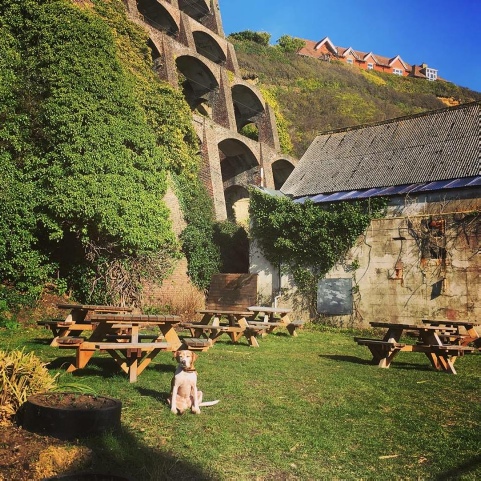