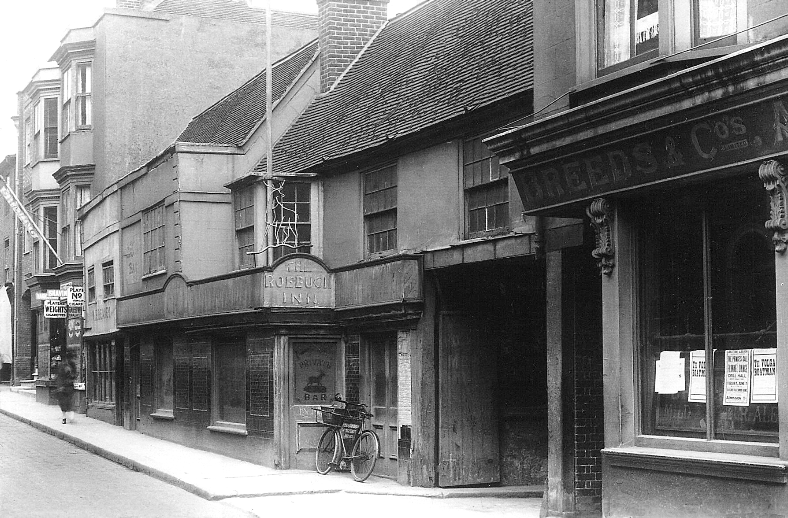 Roebuck with Breeds brewery office on the right

On becoming a coaching inn in 1842, it changed its name to the Roebuck after a privateer, a ship of the same name. ‘The privateer was commissioned as a “man of war” under “letters of marque”, to cruise against French, Spanish or “rebellious colonial” ships (i.e. American ships) and to take any goods, wares or merchandise from them.’ In other words they had government permission to engage in piracy on the high seas. The crew of the Roebuck were recruited at the George Inn, George Street.

The pub’s 19th century customers, apart from the stagecoach drivers and their passengers, included the ostlers and stable boys who worked in the stables in Roebuck yard at the rear of the building. In 1854 a carter arrived at the stables to collect a load of dung. It was disagreeable and hot work and the landlord gave him the usual pots of beer and several measures of ‘bull’. ‘Bull’ was a drink concocted by the landlord, by swilling boiling water in gin hogsheads, rum barrels and brandy casks and mixing it together ‘for fishermen when they returned from a voyage’. The landlord didn’t know the strength of ‘bull’ but it was literally a killer. The carter died within a few hours of drinking it, but oddly enough at the coroner’s inquest which followed, the landlord was only cautioned.

In 1860 the Victoria Tavern, a beerhouse opposite, was granted a full licence, and the Roebuck, then a century old, complained that it would lose custom. With the Mason’s Arms described as ‘a tramps’ lodging house next door, there were now three pubs within a few yards of each other. In the 1870s yet another beerhouse, the Duke of Wellington, opened on the south corner of Roebuck Yard, previously Breeds Brewery office, and is still open today.

In the 1880s the Roebuck became the headquarters of the St Clement’s Bonfire Boys, who organised for bonfire night and held socials and dinners there. Another group, the St Clement’s Harmonic and Tradesmen Society, met weekly ‘for social intercourse, vocal and instrumental harmony’. During this period the Roebuck introduced early ‘magic lantern’ shows, and at least two films were shown to the paying public.

The pub was a privately owned free house until 1894 when it was sold to A.F Styles, the Kent brewers, who owned it for four years. In 1895 the old house was about to be pulled down and new plans were submitted, but for some unknown reason nothing happened.

In 1915 the landlord was called up into the army and sent to war. In 1917 the new licensee fell foul of the Defence of the Realm Act which stipulated that all pubs had to close at 9 pm, and at 12.30 one night, a policeman saw a light on and three people in the bar. The three people were the potman, his wife and his brother—a soldier on leave from France. The landlord, Frederick Peppin, was charged and fined £10 for ‘allowing people in licensed premises during prohibited hours’. The soldier was fined 1s [5p] ‘as he might not have known about the law’. Tenants of other Hastings' pubs similarly convicted (the Fountain in St Leonards and the Jenny Lind, for example), lost their licences and were replaced by the brewery. In the case of the Roebuck, the brewers were at first lenient because Peppin’s wife was dying of cancer.

Two months after this incident, a priest from a Jesuit college on the Ridge, Ore, was seen buying two bottles of beer before the official opening time. In court, Peppin produced a letter from a doctor stating that an invalid priest at the Jesuit college had been ordered to drink beer twice a day with his meals. This was common practice although the court didn’t accept it, and he was fined again. This time he was fined a massive £50 and the priest £5. For these offences the landlord was described as ‘a traitor to the nation’ and lost his licence.

The chief constable described the pub as an ‘ill conducted premises’, and closed it down in 1918 ‘as a warning and example’ to the other licensees of Hastings and St Leonards. Frederick Peppin, who had lost his wife from cancer, his licence and his pub, disappeared from the town and the life of the Roebuck came to a very sad end. 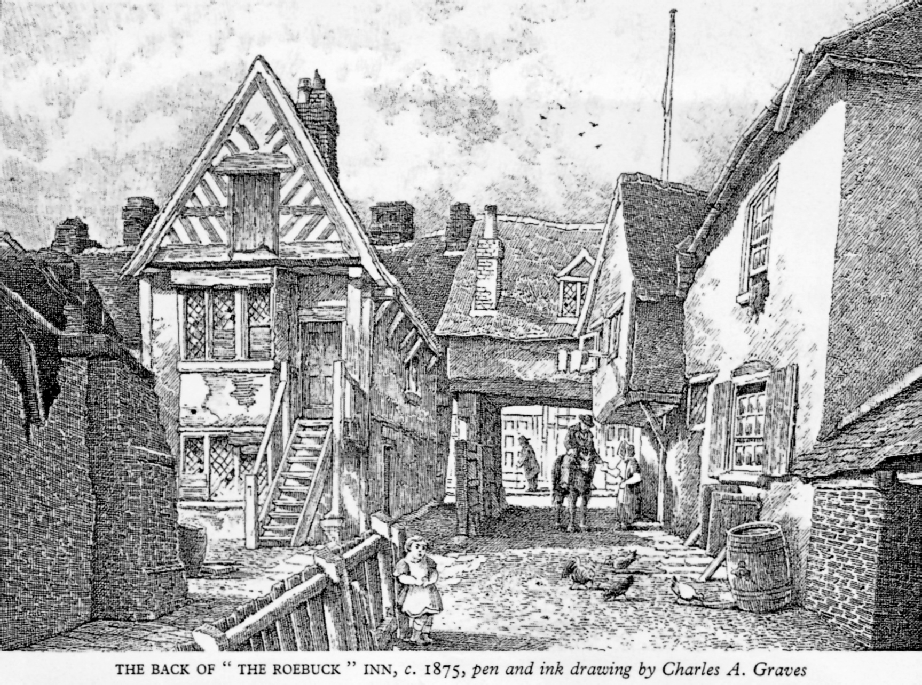 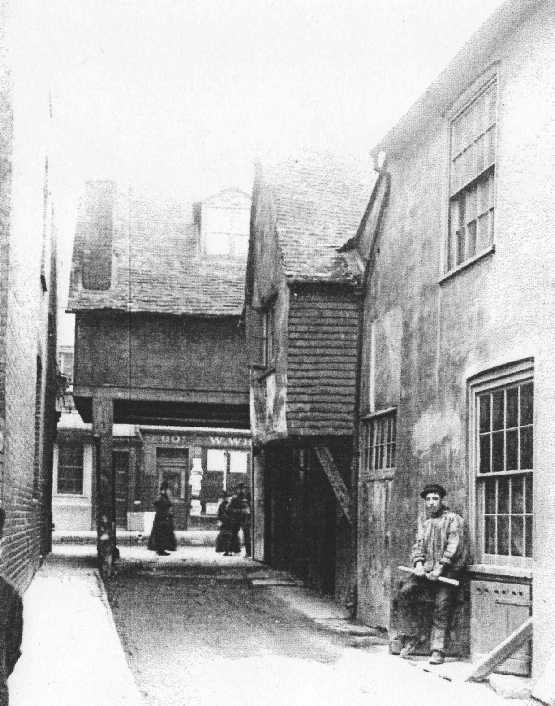 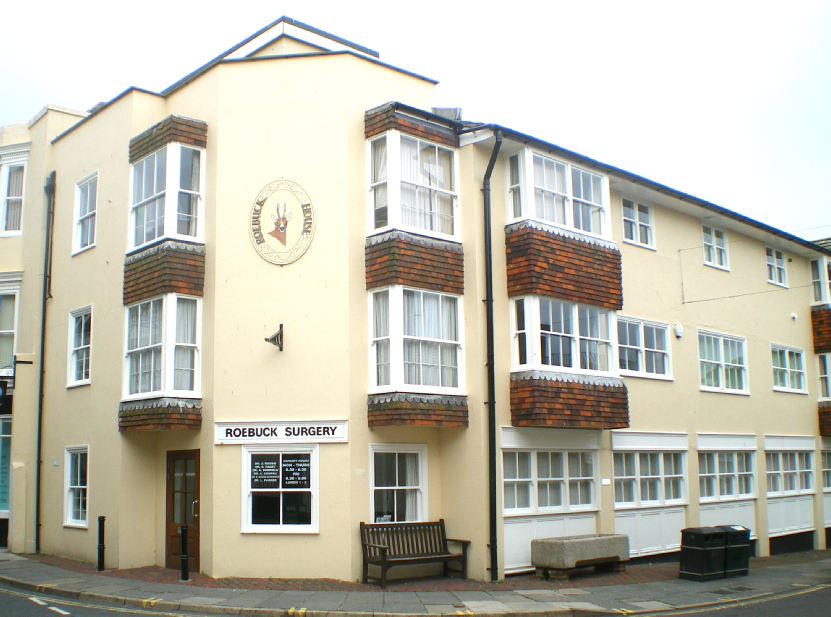 Site of the Roebuck Inn 2013  Russell

THE CHARTISTS.— On Wednesday evening, that which the Chartists will doubtless call “a demonstration,” took place in a room at a small public-house, called the Star, in High-street. On the morning of that day a few bills, stuck about the town, announced that a meeting of the Chartists would take place as above, at half-past seven o’clock; when Mr. Osborne, from Brighton, would attend. At the appointed hour five persons had strayed into the room, lighted by three candles. At eight o’clock some 30 persons, mostly from curiosity, were present when the renowned Mr. Osborne asked if someone would take the chair, to which no response was made, and the parties were at a standstill. After a considerable pause a young fellow named Yates, as we understood, said “I will take the chair,” and immediately jumped into it, without either vote or other approbation being passed. Mr. Osborne then proceeded to address the meeting at great length, denouncing as vagabonds, thieves, scoundrels and cowards, every sober-minded person who presumed to differ from him and his party. His speech, however, produced but little effect, for, except now and then a solitary “hear, hear,” of the landlord, small indeed was the applause that greeted the vituperative harangue of this agitator from Brighton. At the finish of the orator’s observations, he was suddenly seized with a fit of modesty, and could not bring his impudence to move a resolution, but hoped there was some honest man like himself, who would do so’ but none could be found for a long time who could “screw their courage to the sticking place,” to place themselves on a level with so much honesty. The chairman, however, having written one, declaratory of their approval of the principles of the Charter, requested some honest man to move it. Another pause ensued, when Mr. Perry said he would move it, if any one would second it, but for a long time no one would even do that. At length one appeared in a person from the crowd. Mr. Morley then put some questions to Mr. Osborne, which the other refused to answer, because he considered them personal; and the meeting becoming impatient, the question was put and carried by a large majority—so the Chairman said. The people were then requested to sign the petition, and the meeting ended, without a subscription being proposed!!! Such are the demonstrations so much boasted of in the “National Convention.”

In 1839 the Star was the location of a Chartist meeting facetiously reported in the conservative Sussex Express:

The Roebuck public house was an old property situated next to Bourne Passage (now Roebuck Street). Formerly the Star, it originated from a brew house occupied by Thomas Hovenden from around 1778 and was first licensed in about 1800. 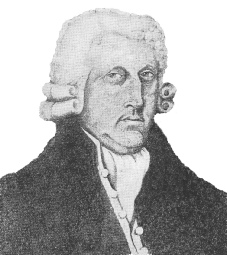