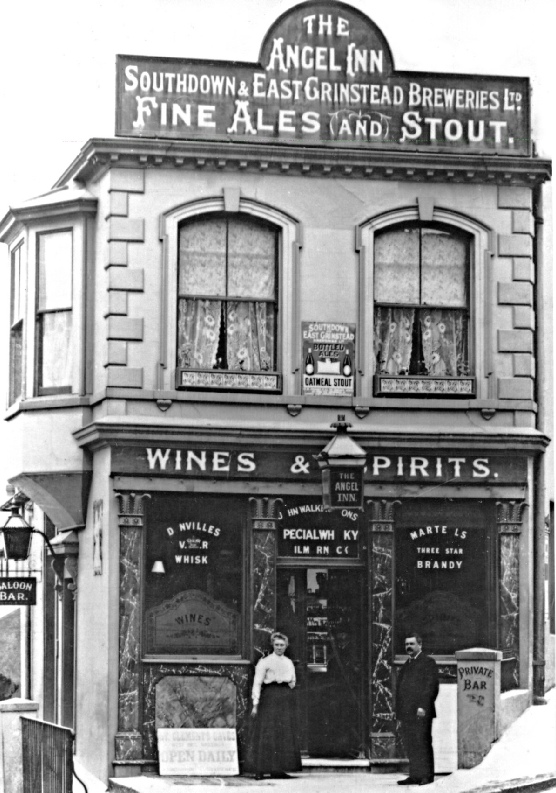 These two pubs on the West Hill both opened as beer houses in 1835. The Angel, first known as the Brisco Arms, took its first name from the Brisco family who once resided in Bohemia House. Musgrave Brisco was the Conservative MP for Hastings in 1844. The name changed to the Angel when Henry Morley, formerly a tailor, took over the pub in 1837. He was also a journalist and a Liberal and probably changed the pub name for political reasons. At that time the Angel stood in the Long Field, now the area of St Mary’s Terrace.

Both pubs must have had the custom of the millers, carters and other workers in the corn trade, as well as those who worked in the local slaughterhouses in the area. As the West Hill was developed in the last 30 years of the 19th century and the first houses were completed, itinerant building workers and travelling tradesmen were customers of both pubs. Some also used the Angel as a lodging house.

The site of the Angel stands over St Clement’s Caves, which cover an extensive area under the West Hill. It is thought that for several years the pub used the caves as a cellar, although the management of St Clement’s Caves have not confirmed this.  It is also believed that the American artist, James McNeil Whistler (1834–1903), used both pubs when visiting his mother Anna Whistler (1804–1881) at nearby St Mary’s Terrace in the 19th century. Over a period of six years he painted her portrait, which now hangs in the Louvre in Paris. In his memory Whistler’s Steps lead down into the Priory Valley and the town centre.

In 1871 Angel landlord, John Crouch, was summonsed and fined ‘for having his house open during the hours of divine service on Good Friday’. Some years later another landlord, Harry Johnson, spent a lot of time as a soapbox orator, debating with socialists in the cut and thrust of local Edwardian politics. In his younger days Johnson had been an Independent Labour Party speaker, but changed his politics in later life. In a debate with the Hastings firebrand Alf Cobb, Johnson became irritated by a remark about the iniquities of brewers and publicans. He was also upset by jibes about ‘publicans, beer and angels’. “What about strawberries?”, his supporters replied. (Cobb was a barrow boy later summonsed for obstructing the roadway, whilst selling strawberries from a fruit barrow.)

During the First World War, the Angel closed from May 1916, when the landlord was called up into the military. He didn’t return and the pub stayed closed until December 1920. This led the licensing magistrates to conclude that the pub was redundant and in 1921 it was referred to the compensation authority for closure, along with the Little Brown Jug, a beer house ‘forty-five paces away’ in St Mary’s Terrace.  In 1921 several surprise visits were made by the police to pubs in the area to establish their custom. In nine visits they found a total of ‘121 customers in the Angel, 264 in the Granville, 136 in the Whitefriars, 128 in the Plough, but only 47 in the Little Brown Jug’. However, the more middle-class Red House was ignored by the police and left alone. The Angel and the Plough were both opposed by the temperance lobby, in this case the Sunday School Union and the British Women’s Temperance Association, but finally the magistrates decided to close the Little Brown Jug and not the Angel, as there was not enough money to compensate both.

The Angel came to attention in 1977, when 18-year-old Mark Greenaway of the Angel darts team got within seconds of the world record for ‘round the board doubles at arm’s length’. The record was later held by the landlord of the Warrior’s Gate in St Leonards. 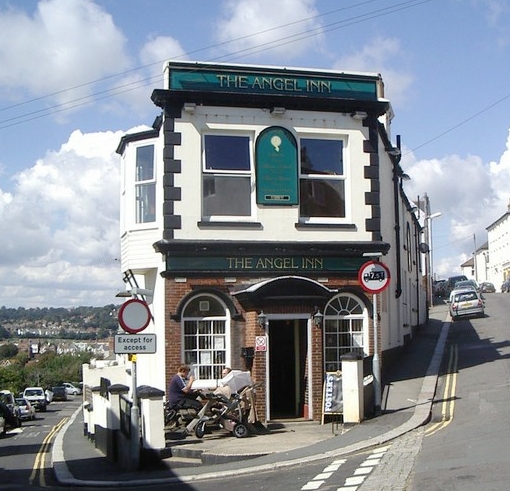 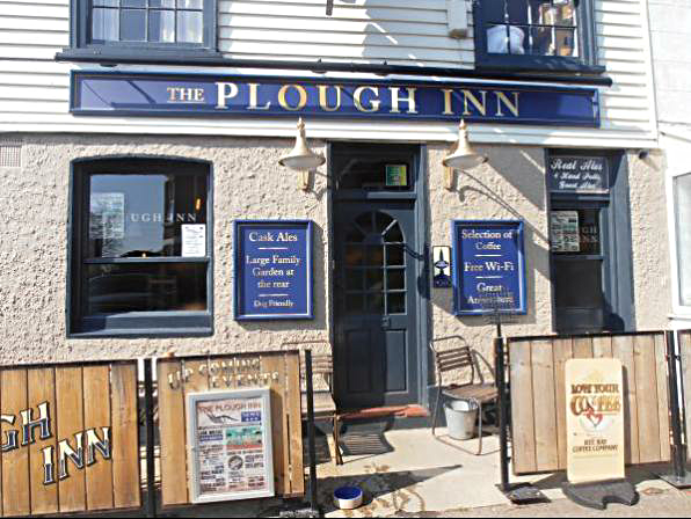 The Plough on the other hand still stands on the site of the Mill Field, so called because of a cluster of windmills that once graced the West Hill. There was another mill further away on the site of a former school in Priory Road. One windmill was situated in the garden of the Plough and the last survived until 1874.

In the 1840s the landlord worked as a wheelwright, running the beer house as a secondary occupation. He got a full licence in 1854 but in 1856 the landlady, Martha Rhoden, became bankrupt and was unable to pay the General District Rate of 18s [90p]. She had to move out and apply for a ‘distress warrant’. 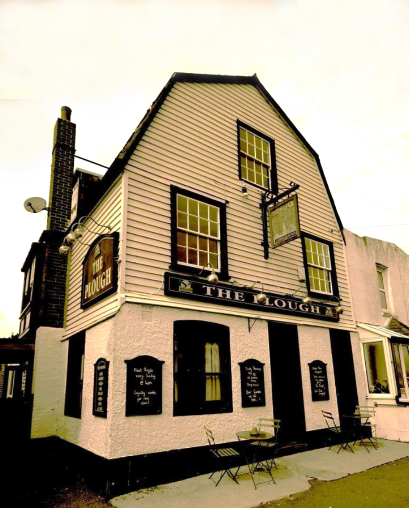 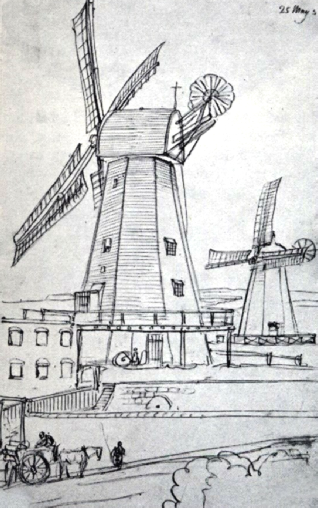 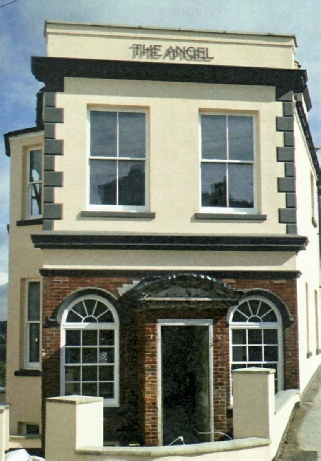 The Angel finally closed in the economic recession of 2009.

Years before the smoking ban in public buildings, the Angel supported National No Smoking Day campaigns. As early as 1988, along with the local Health Promotion Unit, the landlord designated the ground floor of the pub as a ‘No Smoking’ area. He said the smoke free area was being promoted to encourage people to give up smoking and to reduce the incidence of passive smoking. Although the campaign didn’t have total national support, one and a half million people attempted to give up smoking, but it is not known how many succeeded. The Angel was the only pub in Hastings known to participate in the national ‘No Smoking’ campaign at that time. 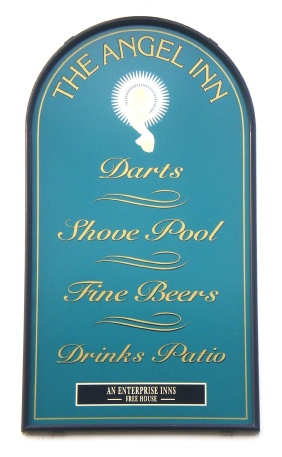 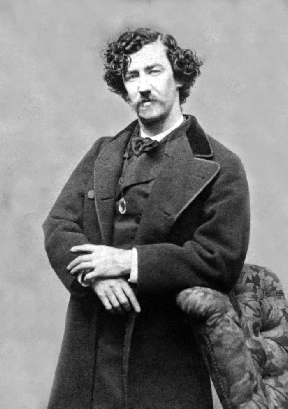 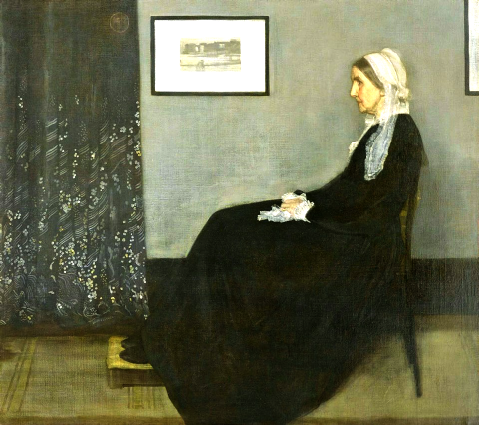 The design of the Plough is heavily influenced by Dutch architecture, a feature connected with the windmill that once stood in its garden. A second, European feature of the Plough, this time from France, is the game of Petanque otherwise known as Boules. Petanque is a sport that falls into the category of bowls and lawn bowls. Teams of players play their boules towards a target ball, called a Cochonnet or Jack, on a Petanque pitch which is called a Piste. 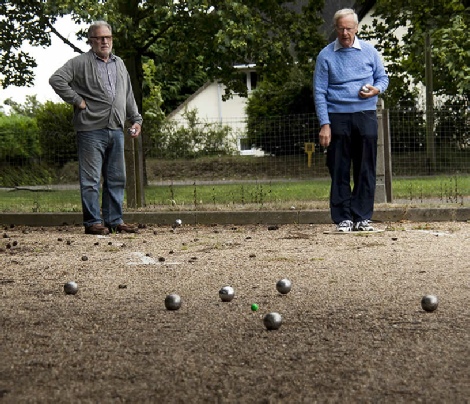 There is a Hastings 1066 Petanque League, which besides the Plough, has several members including teams from the Millers Arms, Ore and the Royal Albert, Battle Road. 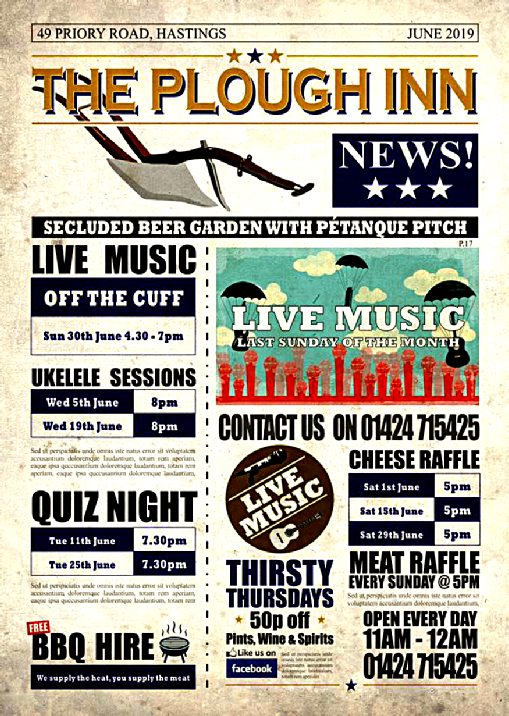 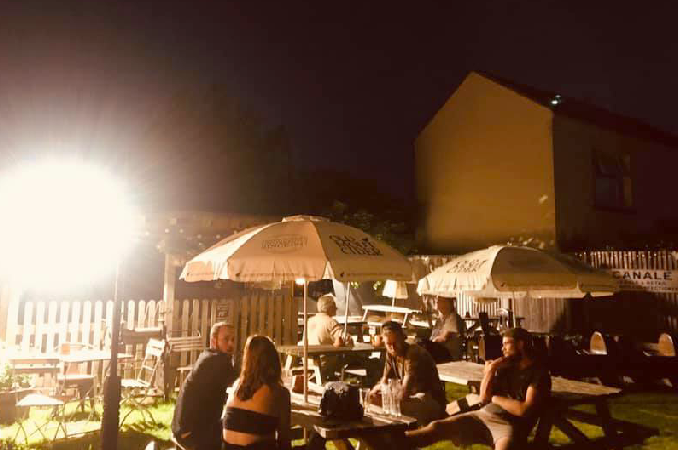 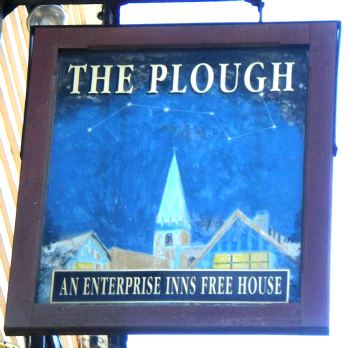