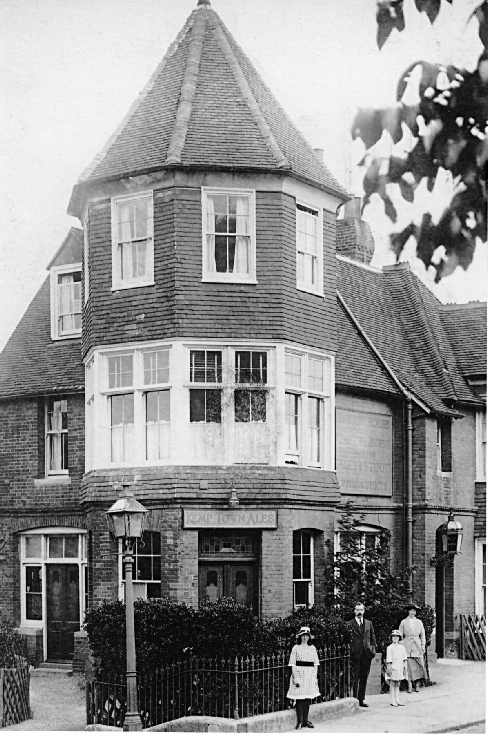 The Red House was built in the mid-1870s as a small hotel, in the then new development of the West Hill estate. It has an attractive corner turret–a common feature of local domestic architecture–and is now a private house. The Red House was first fully licensed in 1876 and quickly became renowned for its comfortable, middle class hotel accommodation and facilities.

By the mid-1880s however, the Red House was beginning to suffer from the effects of the economic depression and trade started to fall off. Like many other pubs it ran a savings club. This one was known as the West Hill Benefit Society and had over 100 members. It paid out a lot of sickness and unemployment benefit in the hard times towards the end of that decade.

During the late 1880s and 1890s it developed a reputation as a music house where customers sang and played musical instruments at ‘harmonic evenings’. It was advertised as ‘three minutes from St Clement’s Caves and the lift to George Street, with a lyric club every Tuesday and accommodation for bean feasts’. The Red House Harmonic Society carried on for a number of years until it finally amalgamated with the Harmonic Society of the King’s Head, Old Town, then Hastings’ oldest pub. The amalgamated society alternated between the two pubs for ‘harmonic Saturday evenings’ during the final years of the 19th century. One evening in 1894 the society hosted a beef pudding supper and musical programme for its members. Herr Jeckel, a native of Coblenz, sang Monte Carlo, with a piano accompaniment. It was reported that ‘his broken English added charm to the song’.

By the time of the Edwardian era, the Red House was drawing custom from members of both the Liberal and Conservative parties, who held political meetings here, and from the local bowls club. But by 1903 it seems to have become a radical house, with a Liberal landlord who chaired meetings to discuss, among other things, ‘the coming of the trams to Hastings’. At the turn of the last century it was competing with several other pubs within a few hundred yards. These included the Plough (which is still extant) and the Little Brown Jug, Whitefriars, Angel, Edinburgh Castle and Manor, which have all closed. However, the nearest public house of the same class was the Langham, a mile away.

Just before the First World War the chief constable opposed the renewal of the Red House licence on the grounds of redundancy, when the magistrates queried a fall off in trade. It was pointed out that ‘the interior accommodation was extremely good’, that it had some ‘jug trade’ and organised a popular bowls club. A customer with a sense of humour, who appeared as a witness, said the fall off in trade was because, ‘the landlord had changed his politics. He got a little controversial.’ [Laughter in court.]

In 1917 the landlord, James Brown, was called up by the Hastings Military Tribunal, although he ‘could not do much walking’. The Tribunal exempted him for one month only, to allow the transfer of the licence to his wife. However, he survived the war and continued as landlord until 1922.

In 1921 the Red House was offered a handsome compensation of £3,000 if it would close down, but the brewers successfully appealed. Smith & Co., family brewers of Lamberhurst, sold the pub for the same amount to Kemp Town Brewery of Brighton in the same year. 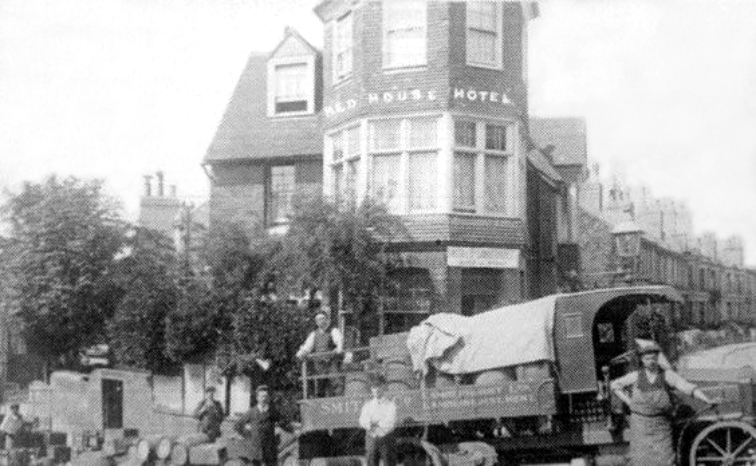 Beer delivery to the Red House after 1921

In the Second World War the Red House was lucky. The Emmanuel church across the road became a prominent landmark for German bombers but neither the church nor the pub suffered any damage.

Percy Gardener was the landlord for its last 28 years until 1953, when it was finally declared redundant. He was ill in his final years and had to be brought into court on a stretcher. During 1951 the police visited every pub within a quarter of a mile to establish the custom. All of the pubs had an average of between seven and 16 customers except the Red House, which had only two.